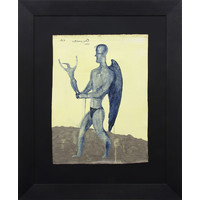 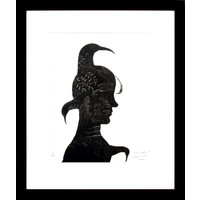 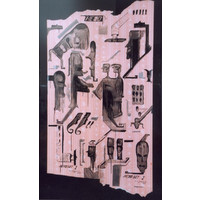 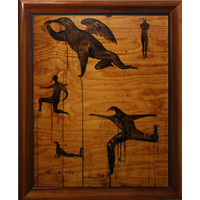 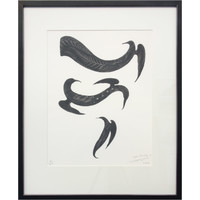 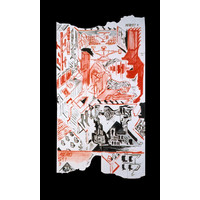 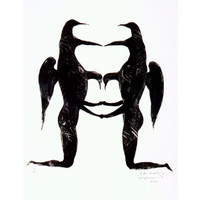 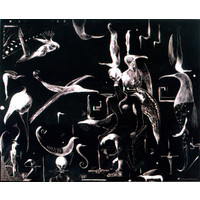 W D (Bill) Hammond is one of New Zealand’s most influential living artists. He has created a body of work of profound importance, with his “individualistic style reflecting 20th century life in all its materialistic, aggressive, citified chaos.” (1)

After leaving art school in 1969, and prior to his first solo exhibition at the Brooke Gifford Gallery in 1982, Bill Hammond made and sold wooden toys from his Lyttleton home.  Now in his mid-sixties, Hammond is one of the country’s most collectable contemporary artists and his paintings fetch record prices.  Friend and fellow artist, Laurence Aberhardt , comments “I know of no other artist whose work has spread so quickly and has so profoundly touched and indeed influenced such a wide range of New Zealanders: the intelligentsia, Mr & Mrs Every-person, children, a generation or two of painters and the investors.”

"Bill Hammond occupies a unique place in New Zealand art history; he has established a visual language and a painterly technique that are wholly his own. The enormous breadth of material found in his work reveals an artist who is constantly working, always thinking about the next painting and the next direction.” (2)

William (Bill) Hammond was born in Christchurch 1947. He studied at the Canterbury School of Fine Arts in Christchurch from 1966 - 1968. He had his first solo exhibition in 1976 and has exhibited extensively since. In 1999 Hammond’s work was included in a touring solo exhibition curated by Dunedin Public Art Gallery. He was included in Distance Looks Our Way: Ten Artists from New Zealand (1991 – 1992), a group exhibition at the International Expo in Seville, Spain; Headlands: Thinking Through New Zealand Art 1992 at the Museum of Modern Art in Sydney; the 2000 Biennale of Sydney and Paradise Now: Contemporary Art from the Pacific (2004) at the Asia Society Museum in New York. His work is represented in significant public collections throughout New Zealand as well as public and private collections both within New Zealand and internationally.