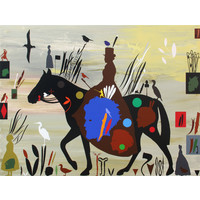 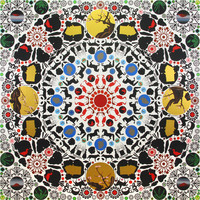 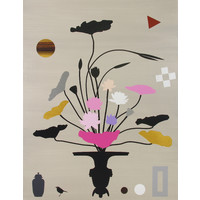 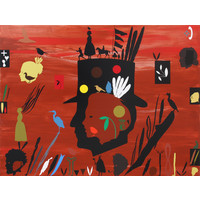 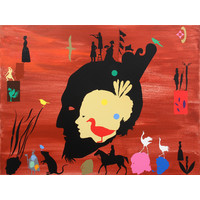 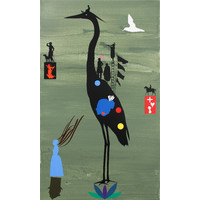 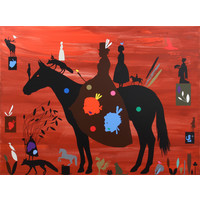 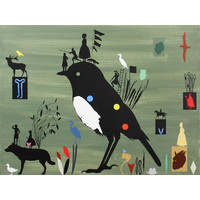 Chris Heaphy brings together signifiers of identity and re-articulates them within an alternative narrative framework; this emphasises the contingent and unfixed nature of identity which is then open for re-interpretation and re-iteration by the viewer. The recurring symbols and signs in his paintings are drawn from multiple sources including traditional Māori artworks, everyday objects, and pop art.  Recent works have included anamorphic distortions which preclude the automatic recognition of a symbol and manipulate the experience of viewing; the viewer is required to physically readjust their perspective to access a hidden transcript.

Of Kai Tahu/Ngāi Tahu descent, Heaphy was born in Palmerston North in 1965. After graduating from the University of Canterbury’s Ilam School of Fine Arts in 1991, he was the recipient of the Olivia Spencer-Bower Art Award in 1995 and gained a master’s degree in painting from RMIT in Melbourne in 1998. He has been awarded several high-profile fellowships and residencies, including a residency at the Cité Internationale des Arts in Paris, and the Veuve Cliquot Ponsardin Residency in Champagne in 2001.

Heaphy has exhibited widely throughout Australasia and Europe, and was represented in the 2007 Frieze Art Fair in London by the Marianne Boesky Gallery of New York. His work is held in major public and private collections, including the Auckland Art Gallery and the National Library Art Gallery in Wellington.