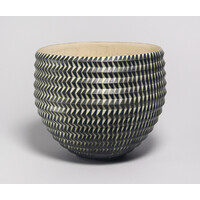 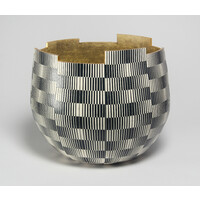 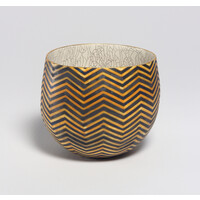 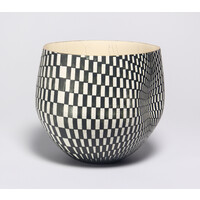 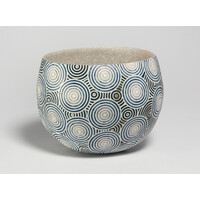 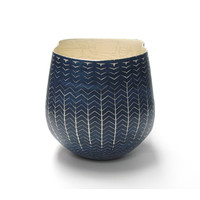 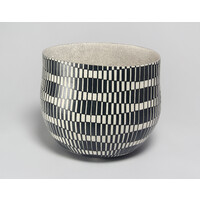 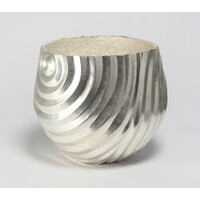 The hand of the maker can be clearly seen in the elegant imperfection possessed by Mark Mitchell’s sculptural ceramics. His restrained use of colour and line reinforce the scale of his voluminous ceramic vessels. Serpentine lines flow over the surface of some works, creating optical illusions of movement; others display monochrome, geometric patterns which are differentiated by surface texture. Finished on the inside with a delicate, crackled glaze, gold and silver leaf is used sparingly to provide points of reflected light against the matte finish of the porcelain.

With a considerable background in commercial and industrial ceramics, Mark Mitchell completed his Bachelor of Fine Arts (Ceramics) at Otago School of Art in 2001. Following time spent as the Head of the Ceramics Department of the Hungry Creek Art School (Auckland), Mitchell has worked as a fulltime ceramist since 2005. In 2007 Mitchell spent seven weeks in China as a selected guest of the FuLe International Ceramic Art Museums, working alongside other Australasian ceramists. In 2009 he was awarded a three month residency in Shigaraki Cultural Ceramic Park, Japan.