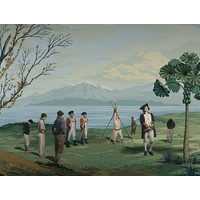 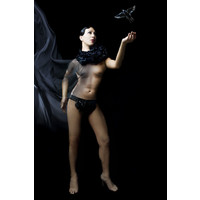 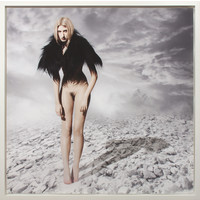 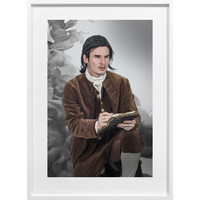 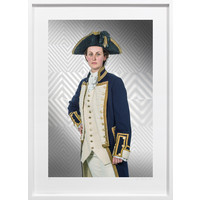 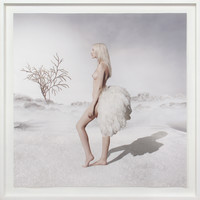 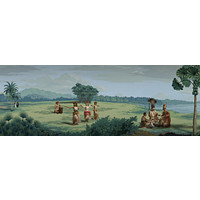 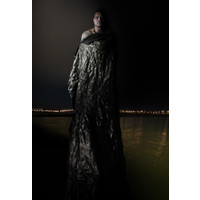 Lisa Reihana is a multi-disciplinary artist whose practice explores how identity and history are represented, and how these intersect with concepts of place and community. The subjects of Reihana’s portraiture inhabit a world in which the boundaries of past, present, and future are mutable; their identities are likewise unfixed and transgress everyday expectations of cultural and social norms.

“Her staged interpretations of Māori concepts and art forms have become signature works, representing a considered and personal translation of Māori cultural values and aesthetics and an expression of the dichotomy of her urban Māori experience”. (1)

Reihana’s large scale video installation, In Pursuit of Venus [infected] (2015), represented New Zealand at the Venice Biennale in 2017. Filmed vignettes populate a neo-classical French wallpaper, Les Sauvages De La Mer Pacifique, recreating it as a 32 minute-long, 25m by 4m video installation. Amongst the images of the South Seas idyll portrayed in the original, the artist has interpolated narratives of sexual exploitation, dance, exploration, and violence. The imperial gaze has been re-packaged and turned back onto itself. In Pursuit of Venus[infected] premiered at the Auckland Art Gallery in May 2015 and has been on display at the Queensland Gallery of Modern Art as part of the eighth Asia-Pacific Triennial; it has garnered large local audiences as well as widespread critical acclaim.

Born in 1964, Lisa Reihana is of Ngāpuhi, Ngāti Hine and Ngāi Tu descent tribally connected to the Far North of New Zealand through her father Huri Waka Reihana. She graduated from Elam School of Fine Arts, Auckland University,with a Bachelor of Fine Arts in 1987, and recently completed her Master of Design through the Unitec Institute of Technology.