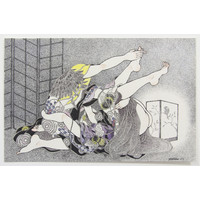 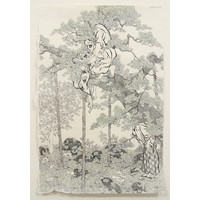 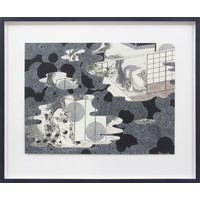 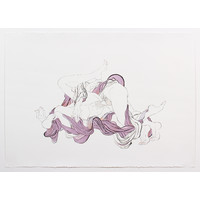 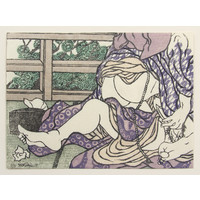 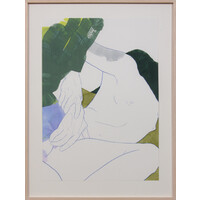 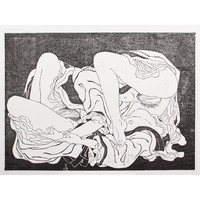 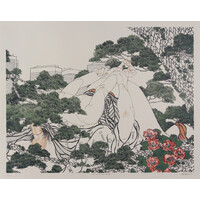 Aiko Robinson is of Japanese and New Zealand heritage and in 2017-18 engaged in a two-year Master’s scholarship programme at the prestigious Tokyo University of Fine Arts. She graduated from Elam School of Fine Arts, University of Auckland in 2014.

Her artwork is a response to Shunga (‘spring pictures’), a form of pornography that flourished in Japan during the Edo period between the 17th and 19th centuries. Historical Shunga reflects the acceptance or celebration of sex in Shinto culture, and values love, mutual pleasure and equality between sexual partners. Shunga is also positively associated with Spring as it addresses themes of fertility and new life. Aiko’s artworks evoke the idealised visions of the Shunga artist with an interest in how they might compare to prevailing ideas regarding pornography in contemporary society.

The bodies Aiko illustrate engage in sexual acts but are incapable to see, hear, and enjoy sexual fantasies due to the lack of a head and therefore a mind of their own. These ideas have been further explored in the titles of many of her works, which draw from the use of puns and humour in Japanese literature and Warai-e (another common name for Japanese erotic art, which literally translates to “Laughing pictures”). Head Over Heels, Love is blind and Losing My Mind are all examples of titles she has selected for her work. They suggest notions of love while also hinting towards the physical form of her figures.

Aiko Robinson’s art has been in various exhibitions over the past 2 years including the International student printmaking exhibition, exhibited in 14 galleries worldwide, including the Gus Fisher gallery in Auckland. She was selected as a finalist for both the Henrietta and Lola Anne Tunbridge Scholarship for watercolour painting 2014, and the Waikato Society of Arts Painting and Printmaking award 2015. She is the inaugural recipient of the Auckland Print Studio Prize.