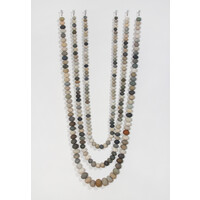 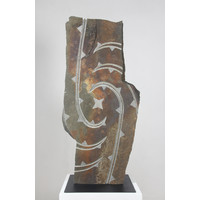 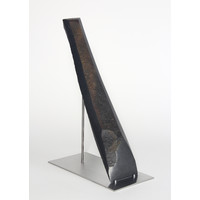 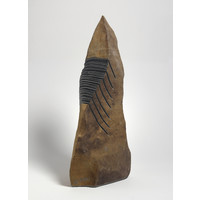 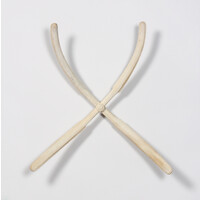 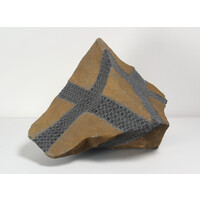 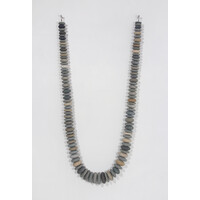 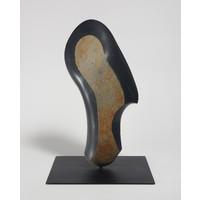 Chris Charteris’ work draws from his unique and diverse identity and at the core of his practice is the cross-pollination and universality of cultural forms.

Adopted into a Pakeha family and told he was Māori (which led him to study traditional Māori carving) Charteris later discovered he was of Kiribati, Fijian and English descent. His sculptures reflect not only his own personal history and journey of identity.

Charteris says in relation to his work:

"My main focus with my carving is that I create work which is unique to myself, which has qualities of the old world and the new. There are aspects of my work that go beyond interpretation; this is the realm of feeling where the material itself expresses its own life energy. A primary source for my creativity comes from the love for the materials I use. I have a deep connection with them. When there is a relationship, nature reveals her secrets and you are able to develop an understanding of things you otherwise might not be open to. When it comes to my work there is no single meaning I can identify; the forms and patterns I use can and do have multiple layers. Then it is the viewer's journey and their navigation”.

As well as natural materials such as rock, pounamu and whalebone, “Polynesian forms, traditional tools, ceremonial objects, patterns, taonga and body adornment are a source of contemplation and design.”(1). Charteris elevates the traditional form from functional or decorative to Contermporary Art, suggesting both contemporary and traditional objects have complex readings and meanings (2).

Chris Charteris was born in Auckland and currently lives on the Coromandel Peninsula. Charteris was originally trained in Māori design and carving at Te Rarawa Marae, in Northland in the mid-1980s, and began working as a full-time artist in the early 90s. Between 1986 and 1996 he worked as a carving tutor at Northland, Otago and Southland Polytechnics as well as at the Dunedin College of Education Arai Te Uru Kōkiri Youth Learning Centre. In 1995 he established Te Whare Whakairo Gallery and Workshop in Dunedin.

Since 1996 he has exhibited in many solo and group exhibitions in New Zealand and internationally, such as Unlocked, Koru Contemporary Art, Hong Kong, 2009. His group exhibitions include: Wunderruma, Galerie Handwerk Munich, Germany and The Dowse Art Museum, Wellington, 2014; Stone, Fingers, Auckland, 2014; Laisee - 10 Years of Koru Contemporary Art in Hong Kong, 2011 and Pasifika Styles, Cambridge University Museum of Archaeology and Anthropology, England, 2008.

Chris Charteris’ works are in a number of public and private collections, including Museum of New Zealand Te Papa Tongarewa, The Dowse Art Museum, the British Museum and the Cambridge University Museum of Archaeology and Anthropology.