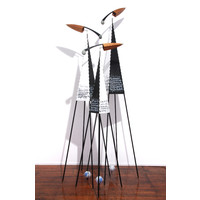 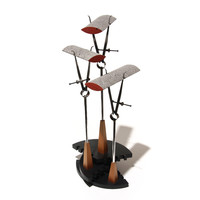 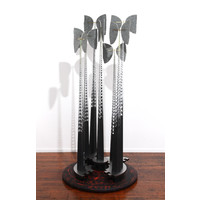 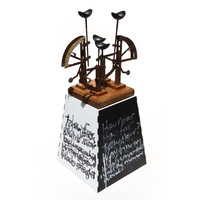 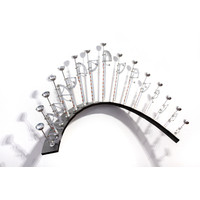 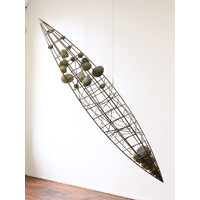 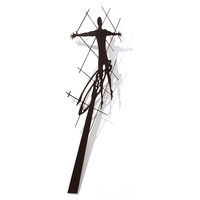 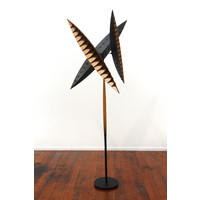 Graham Bennett’s three dimensional works comprise both large environmental installations and small scale sculptures. His art “emphasises the importance of sea, sky and land, and the agents and instruments that navigate and connect these elements. Since the 1970s, Bennett has used a paradigmatic perceptual frame (of horizontals, verticals and diagonals) as his core agent of perception. His works are not images of ‘lived reality’ but rather reflections of the artist’s experience of and enquiries into his Pacific environment”. (1)

“I think it takes a lifetime to see. Seeing is standing upright and looking back and forward at the impact of our endeavours in relation to one another, the land and what notions of identify we hold. My art explores my personal questions, arguments with myself and my materials, and maybe, hopefully, encourages others to question and comment”. (2)

“In his hands, sculpture is about measure, control and weight – and the exploration of volumes, of mass. Such discoveries are also the concern of the explorer, and for Bennett we are all still explorers…His sculptures can be seen as altars that elevate the land. Sometimes he mimics forms of the land – clusters of steel poles evoke clumps of tall reeds or nikau palms; curved pendants hang to resemble seed pods or canoe hulls”. (3)

Born in Nelson, New Zealand in 1947, Bennett completed a Diploma of Fine Arts at the Canterbury School of Fine Arts in 1970. He has had more than fifty solo exhibitions including ten in Japan and he has received numerous awards, residencies and commissions. His work is held in public and private collections in New Zealand, Australia, England, France, Spain, USA and Japan.

In 2012 Bennett was one of five international artists chosen to participate in the Seoul International Sculpture Festa and his commissioned work, Tipping Point, was installed permanently in the Crown Haitai's Art Valley sculpture park and was also chosen as the predominant image for the symposium’s marketing design. One of Bennett’s most recent public works, Extant, is to be found in his hometown of Christchurch. It illustrates Bennett’s ongoing interest in the negotiations of space and the site-specific work references the architectural and urban features of its setting. The sextant’s mirror looks forward, fitting for a city that is discovering new paths into the future.