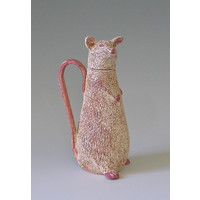 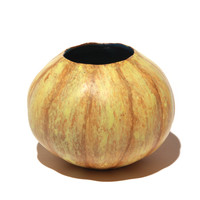 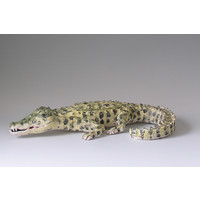 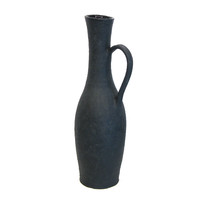 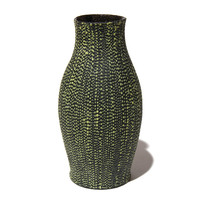 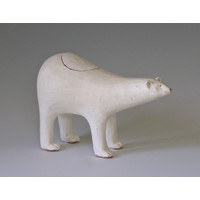 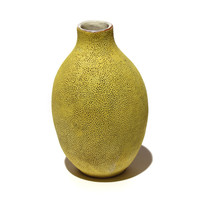 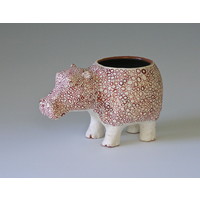 Smyth’s vessels have a convincing elegance of form and simplicity. Often working in groups or series, her vessels emulate a still-life composition, engaging the viewer in subtle repetitions and variations of form, colour and texture. Her wry and playful Fruit series evolved from seeing an ancient Cypriot opium pot, similar in form to an inverted poppy head. These miniature jugs and vases are delightfully “warm-hearted, amusing and celebrations of things like lemons, figs and pomegranates that are too often overlooked.”(2)

Smyth has long held a fascination with the Middle East, which has strongly influenced her ceramic practice. She has travelled extensively in particular to the Middle East region including Syria, Lebanon, Israel/ Palestine, Egypt and Turkey. In 1993, she worked in a small Jordanian village, alongside English potter Jim Mason teaching pottery skills to young village women with the aim of reviving ancient skills. Over the years Smyth has returned to the Middle East in various capacities, accompanying an archaeological dig on a Middle Bronze Age site in 1994 and on a Creative New Zealand research grant in 2003.

Katherine Smyth is a full-time potter living in Wellington. In 1991 she graduated with a Diploma of Fine Arts (Ceramics) from the National Art School in Sydney, Australia, and since then has regularly exhibited both nationally and internationally. Her work is in numerous public collections including the Museum of New Zealand Te Papa Tongarewa, Dowse Art Museum, Wallace Arts Trust, London Museum, British Institute for Archaeology and History, and New Zealand High Commissions in Jakarta and Beijing. Smyth has received numerous prizes and grants, including the Premier Award from Waiclay (New Zealand Society of Potters) in 2006 and a Merit Award at the Portage Ceramic Awards (2007).