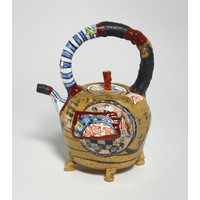 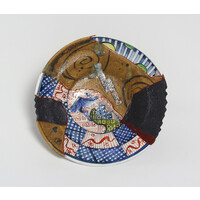 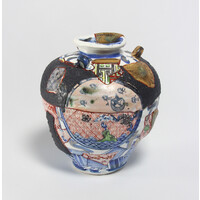 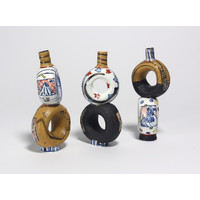 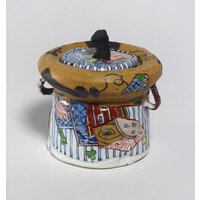 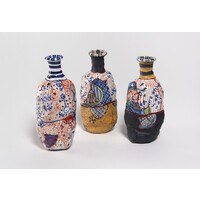 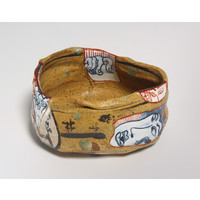 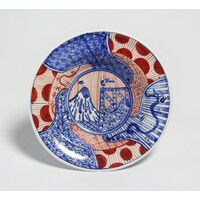 Drawn to ceramics from an early age, Aaron Scythe’s early experiences included working as an industrial slip-caster aged 15 and bartering his wood-chopping toil for lessons in wood-firing with an East Sydney Tech post-graduate student. It was this same student, potter Peter Thomas, who first encouraged Scythe to explore the centuries-old traditions of Korean and Japanese wood-fired pottery.

Scythe describes the “quiet vibrance” of the Momoyama Oribe works he discovered as love at first sight; their lack of pretension, spontaneity, and freedom of expression in both clay and glazes allow the creator’s hand to be expressed honestly in the vessel he forms. This honesty of emotion and intent is evident in Scythe’s belief that a vessel can be beautiful, but is also an item to be used every day.

The path of Aaron Scythe’s life was irrevocably altered in April 2011. The renowned ceramic township of Mashiko, Scythe's home since 1996, was devastated in the Fukushima earthquake. Concerns about environmental radiation from the damaged nuclear power plant only 130 km away brought Scythe, accompanied by his wife Saori, and their two children, back to New Zealand.

Over a decade and a half spent creating and exhibiting ceramics in Japan has given Aaron Scythe a rich well of experience from which to draw for his practice here in Aotearoa. He has had to work with different clays and glazes, as well as with an audience grounded in a visual tradition removed from that he had practised in Japan. Whereas his Japanese collectors would understand the subtleties and meanings intrinsic to his decorative motifs, this cannot be assumed in New Zealand.

Scythe works in stoneware and porcelain and estimates that four fifths of his making time is spent on painting. The surface decorations of his yobitisugi (“borrowed-patches”) works are beautiful collisions of colour and pattern that play off one another, resulting in vessels that are more than the sum of their parts. Kintsugi techniques meld together pieces that might be of varied clay types and sport imagery drawn from Japanese shunga or messages from Māori prophets.

Aaron Scythe is currently based in Whanganui and continues to exhibit regularly through his galleries in Japan as well as throughout New Zealand.