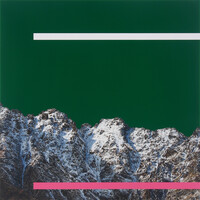 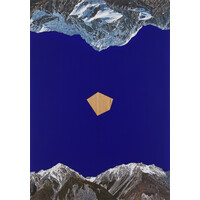 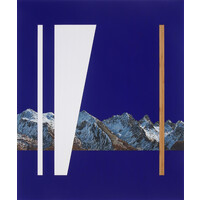 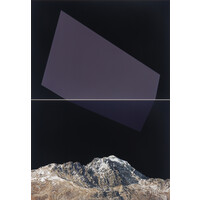 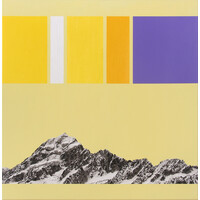 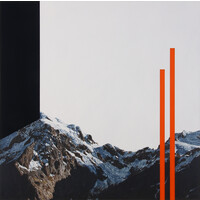 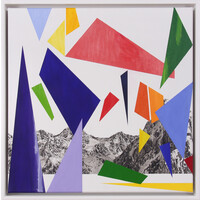 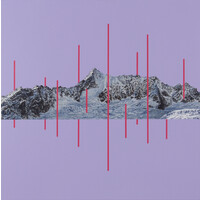 In the European tradition, the painted landscape has been used for centuries to evoke sensory and emotional responses, and to perform as metaphor for the human condition. The dark, overpowering landscapes of New Zealand’s colonial painters were facsimiles of their experiences as strangers in a strange and unsettling land. The flat colours and graphic forms of a Rita Angus landscape capture the modernist zeitgeist in which the artist lived, while Grahame Sydney’s Maniototo scenes are striking for their emptiness in which human presence is nevertheless implicated. We see the land as if through a window, tinted by the artists’ lens.

Natchez Hudson describes his work as “a visual enquiry into the relevance and utility of representational landscape painting in the contemporary world” (1). Rather than producing works that place human response at their centre, Hudson places the landscape itself at the forefront of the paintings. He turns the genre inside out and his paintings refuse to conform to traditional notions of contemplation of the land.

Hudson slices and upends his photo-realist depictions of New Zealand mountain-scapes; geometric forms and flat planes of colour irrupt into the painting’s composition, confounding any attempts at a ‘normal’ reading of the image. The artist wants us to question why and how we interact with a painted version of a natural environment, specifically within the context of our own relationship with the environment itself. This is perhaps especially relevant for pākehā New Zealanders, whose relationship to the land of Aotearoa is fundamentally different than that of tangata whenua, for whom the land is ancestor and an inalienable part of all life.

The artist’s consideration of these questions take on particular relevance with the recognition that we now live in the Anthropocene Age. The irrevocable alteration of the natural environment by its human population necessitates a deep and considered exploration about what it means to experience that environment. From this perspective, Hudson’s pictorial juxtapositions assume an ironic rationality. Despite their appearance, his carefully rendered mountain peaks are no more real than the lilac or lemon or hot pink colour field that surrounds them.

Originally from Opotiki, Natchez Hudson graduated with a Bachelor of Fine Arts from the University of Auckland’s Elam School of Fine Arts in 2001 and is currently based in Wellington. He has exhibited at Nelson’s Suter Gallery and his work Altarpiece is on permanent display at Pātaka Art + Museum in Porirua. Hudson has been a finalist in contemporary art awards such as the Molly Morpeth Canaday Art Awards, and the New Zealand Painting and Printmaking Award.
1. https://uniquelynelson.nz/2019/05/13/parker-gallery-shares-their-views-on-artist-natchez-hudson-have-you-seen-his-work/.