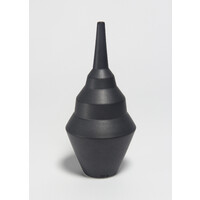 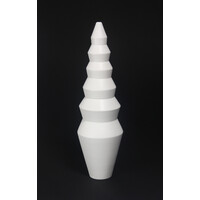 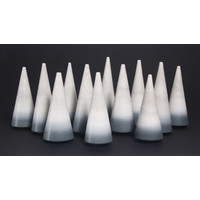 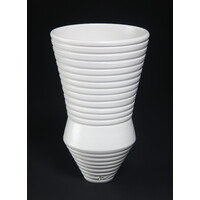 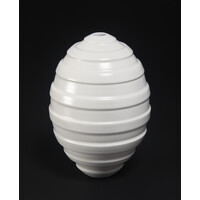 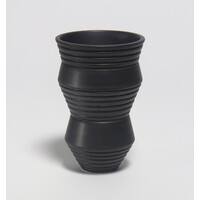 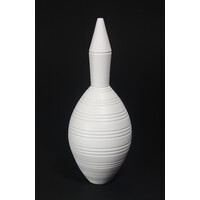 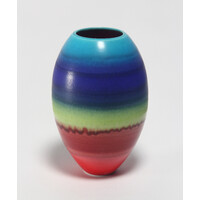 “I subscribe to the well rounded aesthetic ideal, I guess. All the things I do relate, they are all visual. They all concern the drama of reactions to shape and colour and arrangement.” (1)

Widely regarded as one of New Zealand’s leading ceramic artists, John Parker has received numerous commissions and awards for his work. “His pots are beautifully formed, strongly based on simple geometry; they are elegantly glazed and crisply detailed.” (2)

“John Parker is an artist of formidable skill, a master designer of exquisite objects of great beauty and as such, he occupies a singular place of distinction in the world of craft/object art. From the outset, his extraordinary commitment to modern expressionism marked him out as the maverick that he is, his stance seeming like heresy as it flew in the face of New Zealander's then adherence to the more accepted anglo-oriental principles of that time. His continued dedication to the exploration of the possibilities of pure form (form as a means of engaging with function), is a position that has seen him both lead and influence developments in NZ ceramics throughout his career. His work is the very best of contemporary informed by classicism, presenting an elegant refinement of geometric form, combining precise technique with intellectual discipline and reinforced with a play on the treatment of surface.” (3)

John Parker on his methods: “When working in clay, I see myself following in the traditions of being just a craft potter. Each piece is hand-made and unique. I throw and turn all my work on the potter’s wheel. I make ware which is easily recognisable as the classical pottery vessel, bottle or bowl, but my special concern is to push the concepts of these as far as possible into severe minimalism and into the functional/non-functional debate to explore the very essence of defining these ideas. My forms and aesthetic, of the stark and the industrial owe more to the philosophy of the European design movements of de Stijl and the Bauhaus than to Leach and Hamada.” (4)

John Parker was born in Auckland, New Zealand, in 1947. After some years studying in New Zealand and London, Parker graduated with a Master of Fine Arts, Royal College of Art, London, in 1975. He returned to Auckland in 1977 where he continues to live and work.

Parker has been exhibiting ceramics since 1967. He frequently has three solo exhibitions in New Zealand annually, while also participating in international group shows in the UK, Italy, USA and Australia. His work is held in major public and private collections including the Museum of New Zealand Te Papa Tongarewa. The National Business Review recently listed Parker as one of the names to consider when investing in applied art.