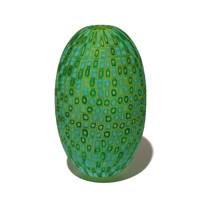 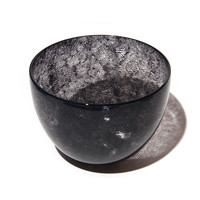 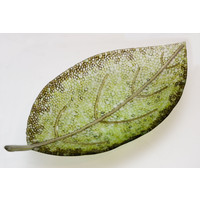 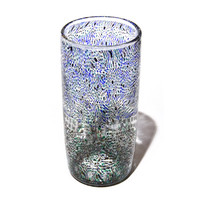 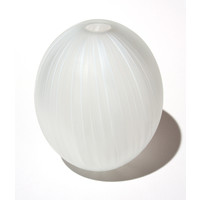 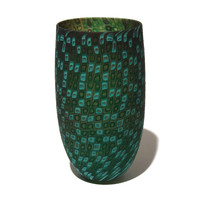 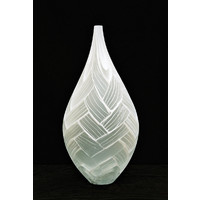 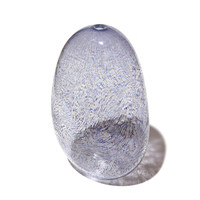 Stephen Bradbourne is regarded as one of the best glass blowers in New Zealand. Coming from a background in ceramics, he developed his glass-blowing skills as a production blower at Sunbeam Glassworks, where he worked for over a decade. At the same time he was developing his art practice in both glass and ceramics, and in 2005 left Sunbeam to focus exclusively on this.

Bradbourne’s works feature traditional Italian glass-blowing techniques of murrine, mosaic, and twisted cane, which allow him to experiment with pattern and texture, as well as form and volume. Recent collaborations with Emily Siddell have produced collections of ceramic and glass vessels that explore the relationships between each medium as well as the ways in which they diverge. The forms of the vessels talk to one another, while subtle nuances of colour are emphasised by variations in opacity, texture, and reflection.

Stephen Bradbourne graduated from Carrington Polytechnic in 1991 with a Diploma in Craft Design (Ceramics & Glass) and has held group and solo art exhibitions in New Zealand and internationally. In 2007 he was selected to take part in the New Zealand Bombay Sapphire Blue Room exhibition and the Southern Exposure exhibition in Denmark. In that same year he was awarded the Molly Morpeth Canaday Award.