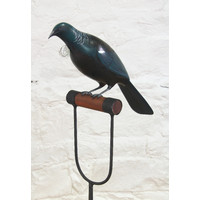 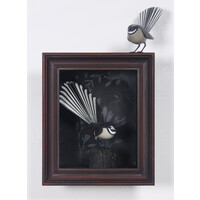 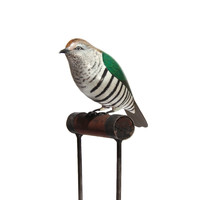 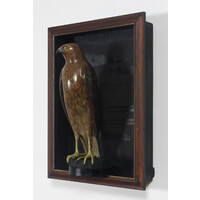 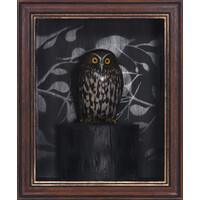 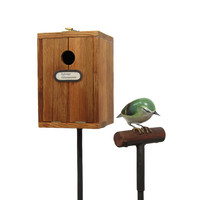 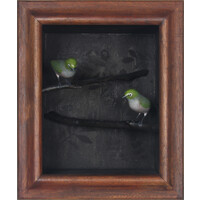 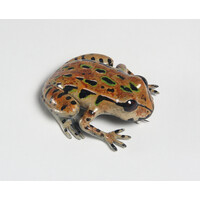 Tania Patterson’s practice draws upon a deep appreciation of the natural world. Close observation and careful workmanship results in small sculptural pieces that evoke the sense of the creature as well as its appearance. The artist’s interest in the crafting process can be seen in her attention to detail and the careful choice of wood, metal, and surface finishes. Patterson speaks about her interest in the way institutional contexts shape the viewing experience; she specifically notes how museum collections mediate how nature is seen and how collecting itself can follow particular aesthetic parameters. (1)

A recent body of work investigates the contextualisation of nature once removed from its environment. Reminiscent of taxidermied specimens in a 19th century diorama, Patterson’s carved and painted native birds are set inside a frame, posed as if in a Victorian photographic studio. The works clearly speak to the traditions of scientific illustration as seen in ornithologist Walter Buller’s seminal 1872-1873 work A History of the Birds of New Zealand, which featured the paintings of JG Keuleman.

While the artist references a genre that epitomises the close and careful observation of nature, she also critiques some of the conceptual framework that supported it: colonising powers that spread across the globe documenting and categorising what they saw, and the reduction of flora and fauna to taxonomic categories and resources to be exploited. The blindness to the ecological damage that followed is touched upon in a second series from 2020/21, which features a collection of New Zealand’s endemic and endangered native frogs. Cast in bronze, the figures are solemn reminders that frogs, especially vulnerable to climate change, are often early indicators of a collapsing ecosystem.

Tania Patterson trained in Craft Design at Unitec and has worked as a jeweller for many years, with works held in contemporary jewellery stores throughout the country. The artist’s sculptural practice is grounded in her technical experimentation with a range of materials and in the same love for natural forms as seen in her metal-smithing.