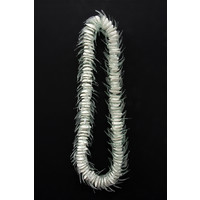 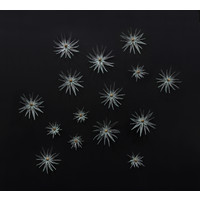 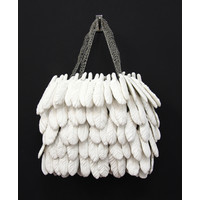 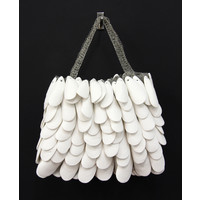 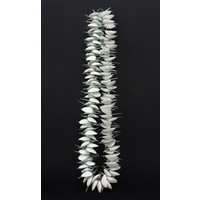 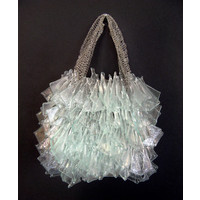 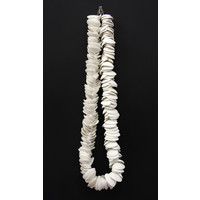 Emily Siddell's work reveals influences from Pasifika forms, the garden, and the traditional crafts of the domestic sphere – knitting, sewing, crochet, and weaving. She blends this with the unique qualities of glass and slipcast ceramics.

Siddell explores "the repetition of pattern (pattern-making) both in nature and in human creations. This repetition seems to represent growth and abundance." She is fascinated by "the patterns and shapes objects create in unity, the relationship of objects to each other and the stories they tell about our lives, the memento of a time or place or person.” (1)

The "conflict between the hard and the soft, the sharp and the smooth, the male and the female sets up a friction and discordance which gives drama and excitement.” (2)

Emily Siddell lives in Auckland. Her works are in a number of public and private collections such as The Museum of New Zealand Te Papa Tongarewa, The Dowse Art Museum and the Auckland War Memorial Museum. She has participated in a number of touring shows at public galleries in New Zealand.