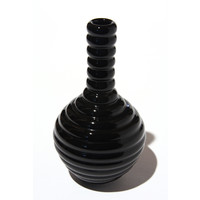 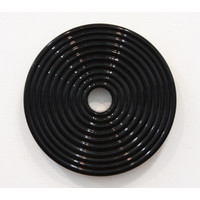 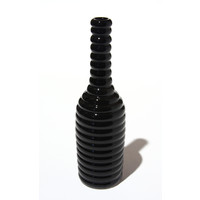 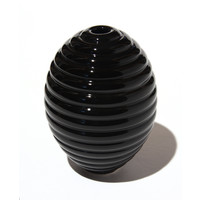 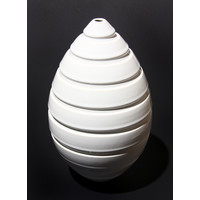 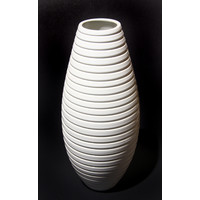 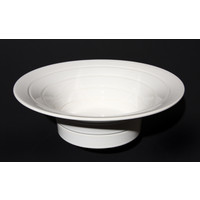 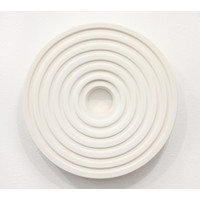 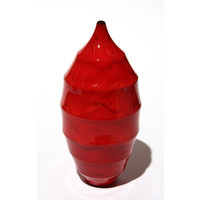 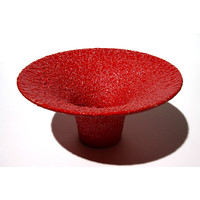 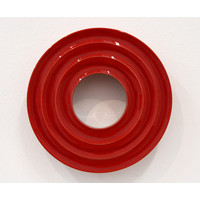 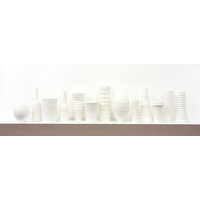 John Parker is undoubtedly one of New Zealand’s foremost ceramic artists. He consistently produces works of pristine, sculptured grace and is truly “an artist at total ease with his material and vision.” (1) In BLACK + WHITE + RED we see a renewed use of bold colour, fresh variations on familiar forms and the artist’s enduring dialogue between the traditional values of the handmade versus production, of form versus function, of architectural design over the aesthetic.

Key to this exhibition is the inclusion of colour to Parker’s usually severe and stark palette. His coveted White Ware for which Parker is renowned is complimented by red and black glazes in a dramatic display of harmony and symmetry. Both the title and resplendent rich red colour of the new Red China series refer to Parker’s ongoing fascination with China and the influence of his 2007 residency in Fuping. (2) The revival of his infamous Vortex Ware - works which are characterised by a singular black shiny glaze and flawlessly tooled surface appearing as if commercially-produced coiled pottery - stems from Parker’s early exploration of the connections between studio and commercial pottery, of producing handmade ceramics which in their perfection resemble commercial ware. (3)

The reduced vocabulary of white in West Auckland Still Life for Keith and Ernie #3 highlights the formality of Parker’s distinctive aesthetic. Akin to Parker’s award-winning entry in the 2009 Portage Awards, (4) this remarkably assured still life collection is the artists tribute to key influential figures Keith Murray (a New Zealand architect who designed for Wedgewood in the 1930s) and early modernist ceramist Ernest Shufflebotham (a protégé of Murray’s at Wedgwood in the 1930s who later designed for Crown Lynn). “In the works of these two men, Parker discovered like-minded ceramic artists who thought across traditional boundaries.” (5)

Amid characteristic Bottles, Cylinders, Orbs and Vases are new forms such as the beautiful finely tapered Beehive Bottles and Vases, and innovative wall-mounted Rings which take Parker’s visual language into new territory where the eye is drawn to architectural aspects, to the internal structure and the spaces between.

An intense strength resides in the simplicity and austerity of Parker’s work. Teasing out notions of functionalism, forms are pared down to a minimum and expression is reduced to the absolute essentials - there is no decoration, unnecessary embellishments or exaggerations to the form; monochromatic densely coloured glazes focus the eye on the pure form. “I make ware that is largely recognisable as the classical pottery vessel, bottle or bowl, but my special concern is to push the concepts of these as far as possible into severe minimalism of form and construction and into the function/non-functional debate to explore the very essence of redefining these ideas.” (6)