Antarctica and Other Adventures 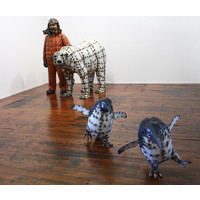 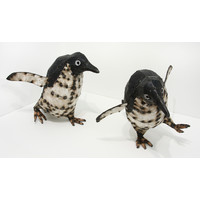 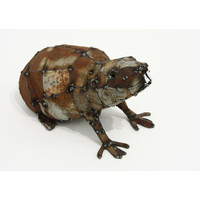 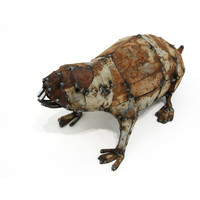 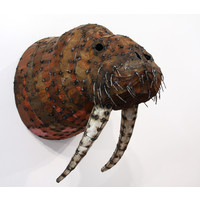 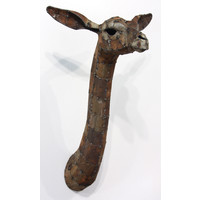 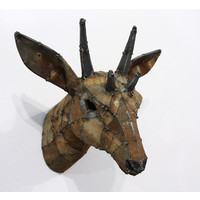 Highlights from the Museum (Four-horned Antelope) (2009) 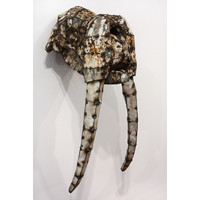 Highlights from the Museum (Walrus Skull) (2009) 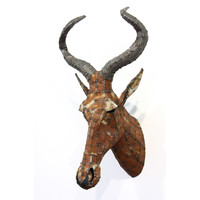 Highlights from the Museum (Hartebeest) (2009) 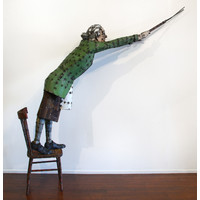 Hannah Kidd's meteoric rise as a sculptor of real importance has been founded in her fundamental mastery of the representational disciplines. Her eye for detail is matched by the formal unity of an idiosyncratic visual language which adapts to every task at hand readily and so convincingly that every animal or object is delivered with compelling accuracy and imbued with individual character and social values.

Hannah Kidd has an uncanny way of giving everyday materials a life essence. Using recycled corrugated iron and steel rod armatures (and the flattening device of a back and forth 4WD truck or an agricultural roller ), Kidd transforms the mundane into the extraordinary - not only in the materials she uses but the subject matter she chooses to convey. She has a quirky and witty way of reflecting on life and although her works may at first appear to be observations, they delve into the darker and deeper areas of human nature.

Domestic New Zealand life is revealed in the work The Hedge Trimmer. A monument to the kiwi “do it yourself” attitude, and the relationships between people and their everyday environment.

Antarctica and Other Adventures comprises three large-scale artworks. Clad in an orange body suit, the artist pats a polar bear while penguins waddle along. It is remarkable how Kidd can animate even the most lifeless of materials and Artist to Antarctica demonstrates this without doubt. Kidd 's ability to present movement, to show them as real forms while also playing the joke of uniting an Arctic polar bear in an Antarctic adventure is remarkable and another powerful example of the intellectual adroitness of her work.

A variety of trophy heads and weird and wonderful animals make up the work Highlights from the Museum. Many of the animals are odd and difficult in shape and form but they did exist once in reality and now still do as taxidermy. These animals - mole rats, long necked deer, four horned deer and hartebeest - are all part of exhibited animals at the Trig Museum in England. How do we as humans relate to animals - as pets, trophies, sport or dinner? Hannah Kidd asks us to address our relationships.

Rising already to international prominence, Hannah Kidd reveals aspects of our everyday life we often take for granted. Using humour as a dramatic device, she explores elements of the human condition. Relationships are exposed and explored through a visual language that is entirely her own and without parallel in New Zealand sculpture.