In a Man's World 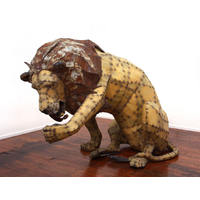 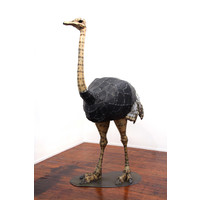 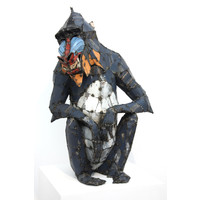 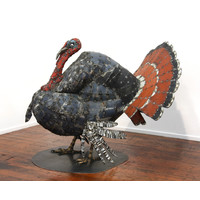 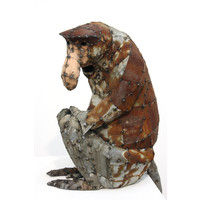 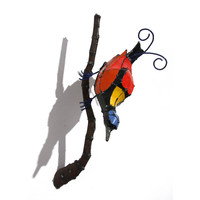 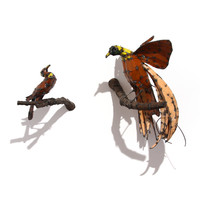 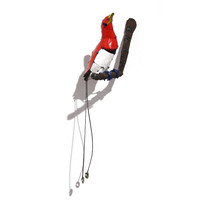 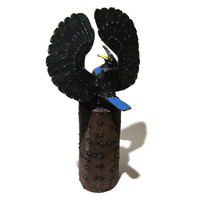 In a Man’s World, an exhibition of new sculptures from Hannah Kidd, once more reveals the artist’s keen observation of behavioural mores and her uncanny ability to capture the absolute essence of her subjects, be they man or beast or bird. Examining the biological differences between the males and females of a species, Kidd concentrates here on the flamboyance of the first and the drabness of the latter, and the underlying tension inherent in this ‘battle of the sexes’.

A number of ostentatious male creatures take their places in Kidd’s showy menagerie. Gobble Gobble is all puffed-up turkey pomposity; Kidd’s delicate touch with her unforgiving steel and iron medium can be clearly seen in the drape of his wattle and the puff and flare of his striped under-feathers. The Rifle Bird of Paradise flaunts his curved wingspan, bright blue throat and tail, calling loudly for attention from prime position on his stump. Kidd’s true attention to detail is evident in the curvature of a tail, the angle of a head and the grip of claws; her birds are poised and ready to launch from their iron perches.

Life-size proboscis and mandrill monkeys sit together as if whiling away the hours in conversation, the absurdity of their over-developed facial features a foil for their human-like characteristics. The King of the Beasts is shown in all his leonine glory, emphasised by his high station, snarling lioness at his feet – ‘Domestic Bliss’ indeed.

With these works Kidd does invite us to look at gender roles in our own species: how do humans fare in a world based on Darwin’s theories of survival of the fittest? Do the elaborate mating rituals of strut and display still apply and, if so, who now is on show? On one level, Hannah Kidd’s sculpture makes us smile at the quirks of nature she depicts; on another she asks us to look at ourselves with a careful and honest eye and to admit that maybe, just maybe, we are not so far removed from those quirks after all.