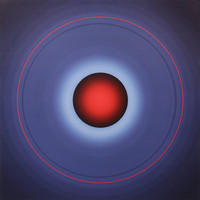 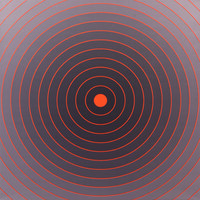 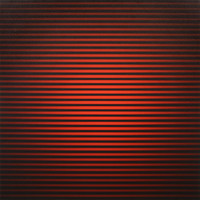 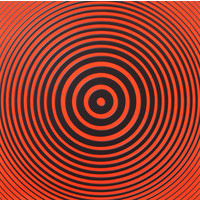 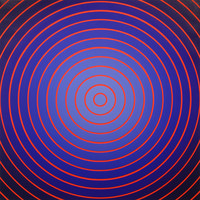 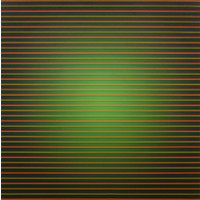 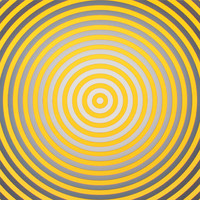 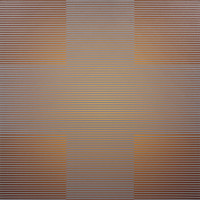 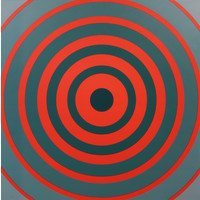 In the major book just published on Mervyn Williams career, “Mervyn Williams: From modernism to the digital age”, three of New Zealand’s pre-eminent art historians (Edward Hanfling, Leonard Bell, Michael Dunn) clearly identify Williams as having “perfected a method of chiaroscuro painting based on Renaissance techniques, giving rise to a powerful illusion of high relief and three dimensionality.” Williams work is further identified as “unique and original, defining the artist’s career and setting it apart from his contemporaries.” (1)

There can be no doubt now that when the history of abstract art in New Zealand comes to be corrected and rewritten that Williams will be acknowledged as a very significant figure; as singular and important as Walters, Hotere, Mrkusich, Hanly.

His new paintings, combining digital technology with traditional paint-on-canvas, see Williams returning to the optical concerns that began his career. Like Gerhard Richter, Williams is seeking the phenomenons of event and occurrence, of surprise and wonder with image and paint. This pursuit and achievement of profound sensory excitement, delivering “beguiling optical vibrations” (2) activates these remarkable works. These works are astonishments, delivered with “a distinctly contemporary precision and lustre.” (3)

These strikingly original works use “systems and patterns and spaces that could not have been realised before.” (4) In so doing, Williams returns “to some of the elements of Op Art with which he began in the 1960’s. Many of the forms and techniques he is using are the same: circles; closely-spaced lines; spatial ambiguity; optical vibration; chiaroscuro.” (5)