サ-モアのうた (Sāmoa no uta)
A Song About Sāmoa - Vasa (Ocean)

Yuki Kihara talks to Vanessa Jones about the making of her new work, サ-モアのうた (Sāmoa no uta) A Song About Sāmoa
Video production: Ross Wilson

The five kimono that are the first installation of a five-year project presented by Samoan-Japanese artist Yuki Kihara are lavishly decorated and visually striking. Beyond the initial impact of the rich colours, the finely stitched beadwork, and the illustrative cues, Kihara’s conceptual framework is built from her exploration of trans-Pacific social connections, histories, and identity. Object, image, and the act of making are conduits for conversations about gendered roles and cultural mythologies, and the artist’s personal history is used as a lens through which to reconsider the ways racial and social identities are constructed.

“For Sāmoa the Vasa is land, an oceanscape that is not a barrier but an opening to another world.” (1)

The Pacific Ocean/Moana/Vasa is figured as a space that embraces both Japan and the many islands of Micronesia, Polynesia, and Melanesia: it is a relational space rather than a divisive one. Kihara’s oceanscape extends across all five kimono and the form of the waves are distinctively Japanese, recalling Hokusai’s famous Great Wave. Interspersed with traditional siapo patterns, the semi-circular seigaiha, representing wave crests, reinforces the omnipresence and importance of the ocean. Kihara draws upon eminent Samoan author Albert Wendt’s description of Samoan ‘Va’ and Japanese ‘Ma’ as concepts that both illustrate a space that allows separate things to exist together, to relate to one another through the space that lies between and unites them. (2)

The traditional Japanese kimono have been fashioned from siapo, a hand-made barkcloth made from the lau u’a (bark of the paper mulberry tree). This labour-intensive cloth is one of the oldest traditional artforms in Sāmoa. The form of the kimono is based on furisode, the style worn by an unmarried young woman. Literally meaning ‘swinging sleeves’, furisode are usually brightly coloured, richly patterned, and the long sleeves fall past the hips. Resist-dying, beading, and embroidery techniques combine Samoan and Japanese techniques, as does the juxtaposition of nihonga (a style of Japanese painting) and siapo patterning.

These works are presented as sculptural objects as well as a surface for illustration and design. The non-woven siapo possesses a slightly roughened texture; paint and dye sinks into the very structure of the cloth rather than sitting atop it, giving the colours depth and density. The beadwork reflects pinpoints of light as a contrast to the matte cloth, bringing the surface to life with moments of movement. Interwoven design elements explore the cultural connections between Japan and the Pacific Islands, but also elicit consideration of the social and political histories that they share.

The title of the art project is drawn from a popular Japanese song which is used in primary school music textbooks. Kihara notes that the text of the song propagates enduring Orientalist and Romantic tropes of ‘noble savages’ living in an untouched Pacific paradise. Kihara’s work seeks to dismantle these cultural myths. The artist’s fusion of kimono and siapo uses cultural signifiers and her own ancestor stories as a starting point from which trans-Pacific relationships between Japan, the Pacific Islands in general, and Sāmoa in particular may be examined and re-framed.

It is important to remember that Kihara’s siapo kimono are part of centuries-old Samoan and Japanese textile traditions containing the accumulated knowledge of generations. As art objects, the works open up discussion about visual metaphor, materiality, and history: their presence is the conceptual presence of the artist and the physical evidence of the makers. As garments, the kimono are waiting to adorn a body so that their stories may be performed. This shared Pacific history is literally - and physically - embodied in the figure of Samoan-Japanese artist Yuki Kihara and she is uniquely positioned to present these narratives to a wider audience.
1. Yuki Kihara, Unpublished essay, 2019.
2. Yuki Kihara, Artist statement, 2019. 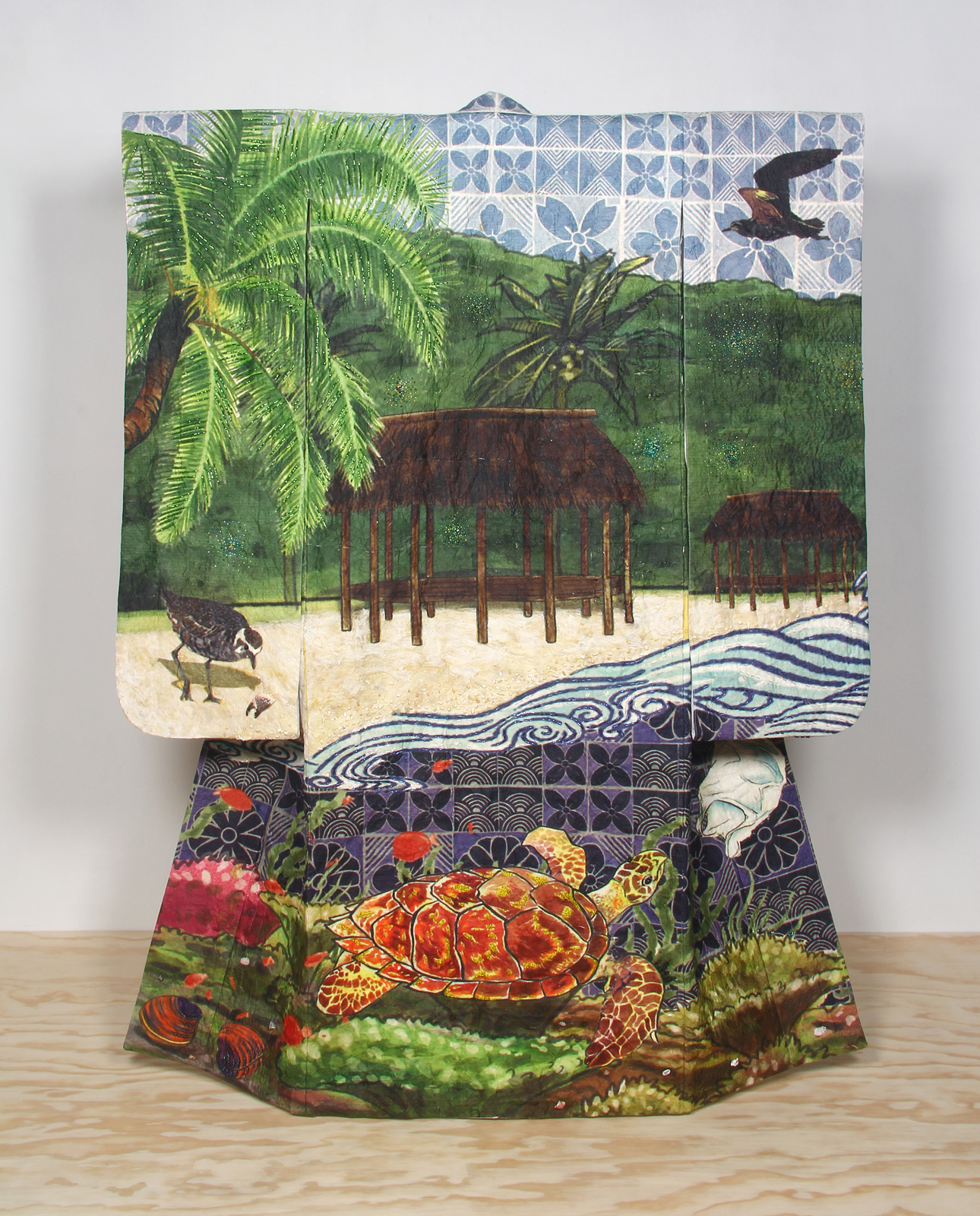 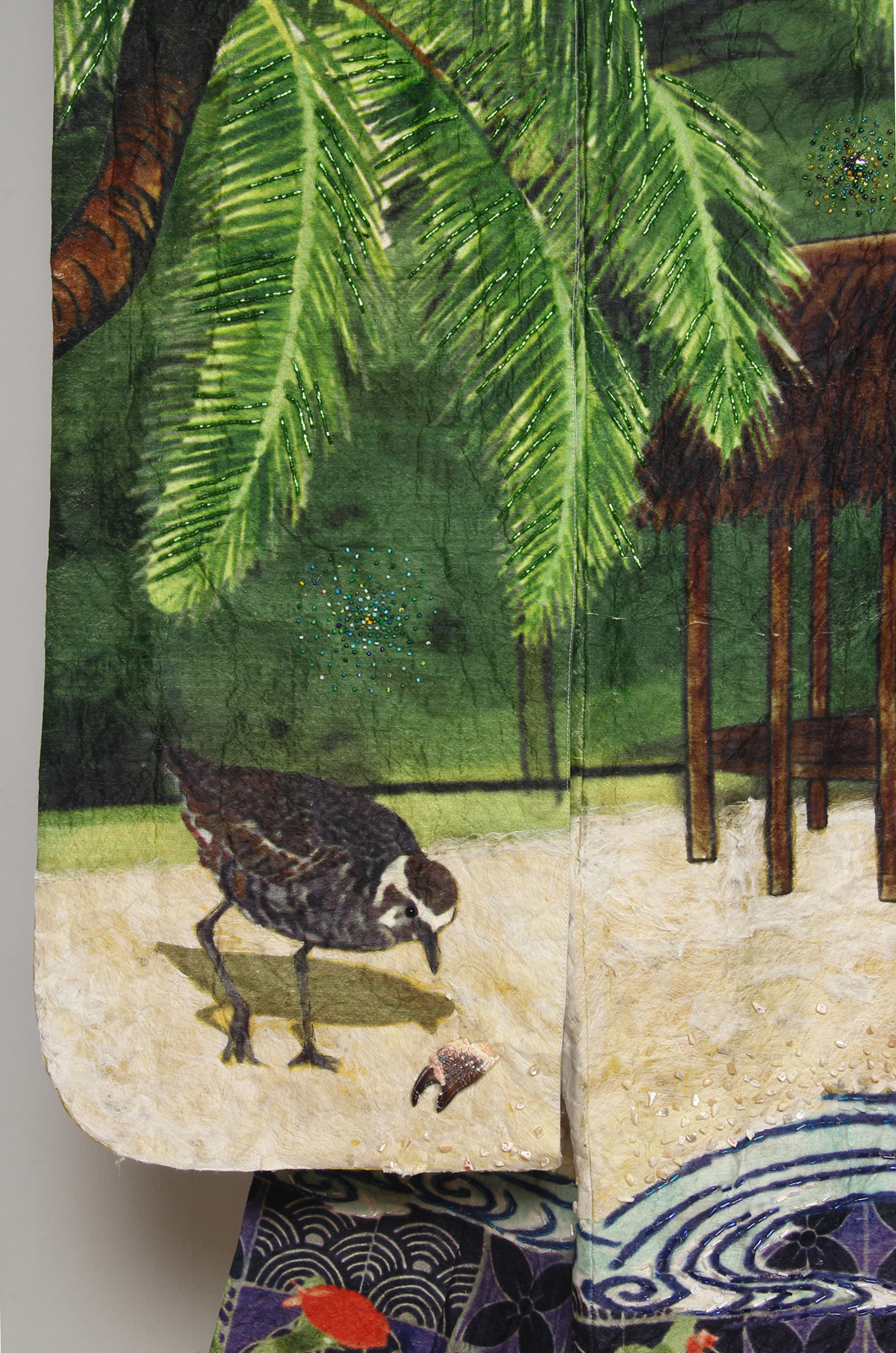 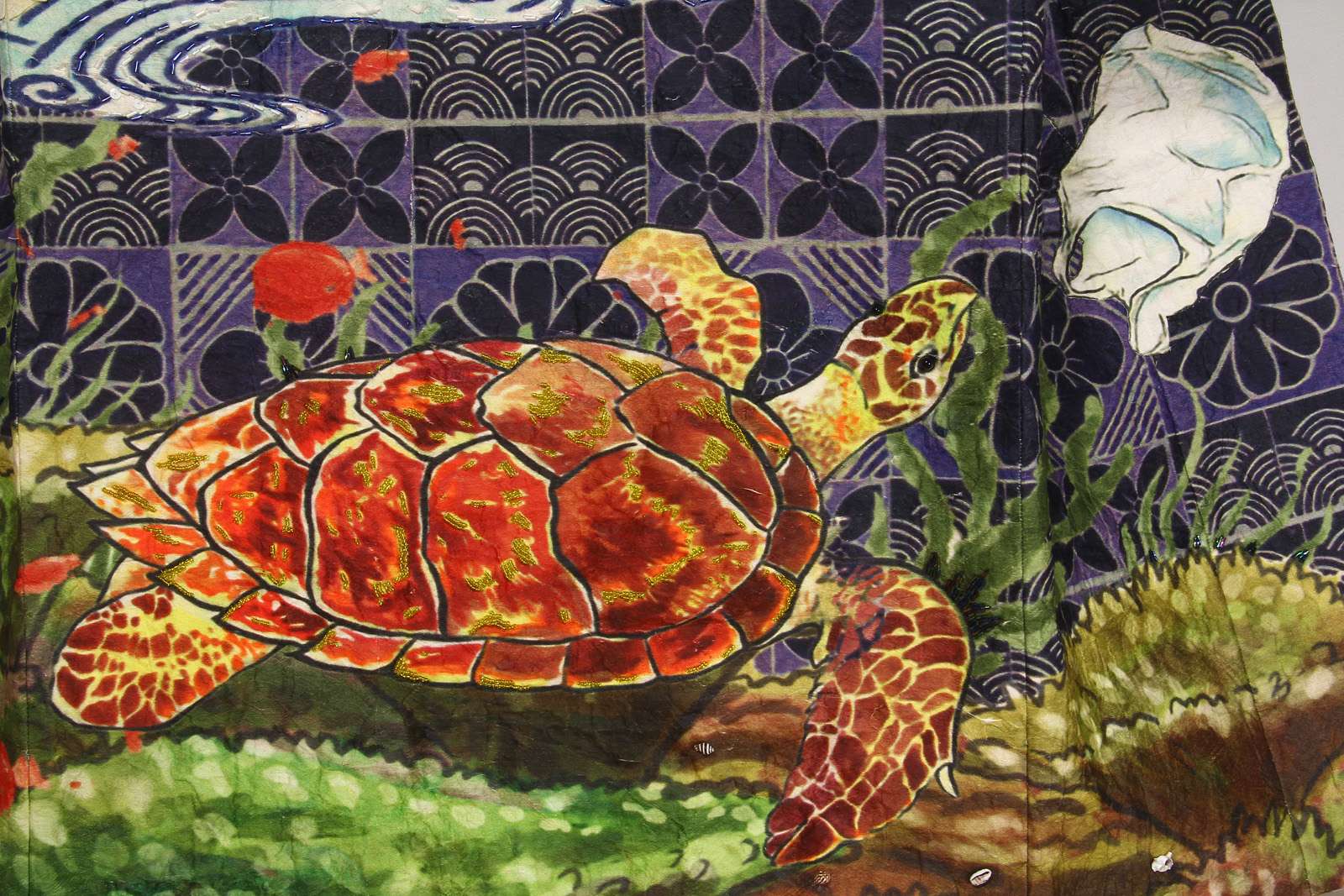 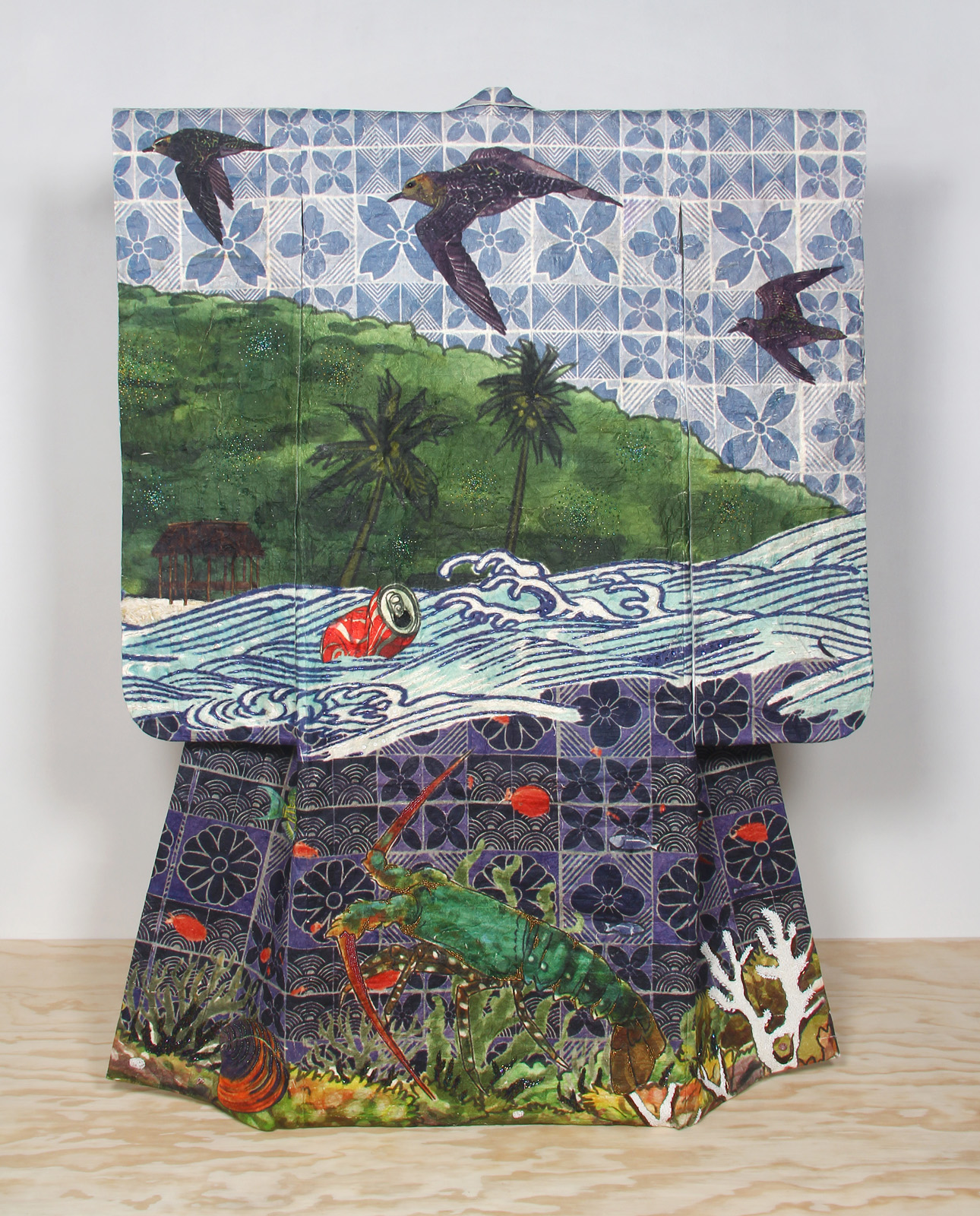 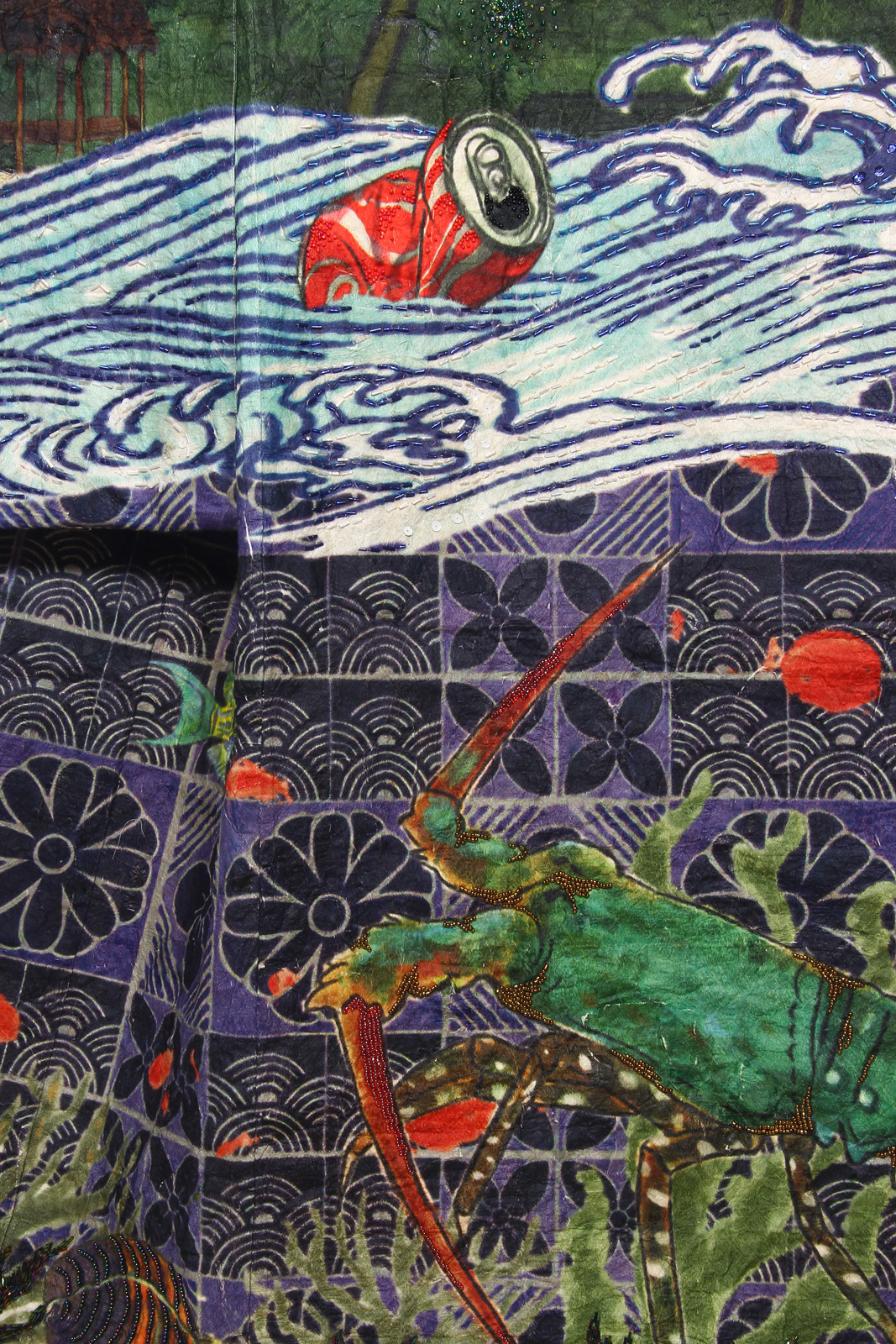 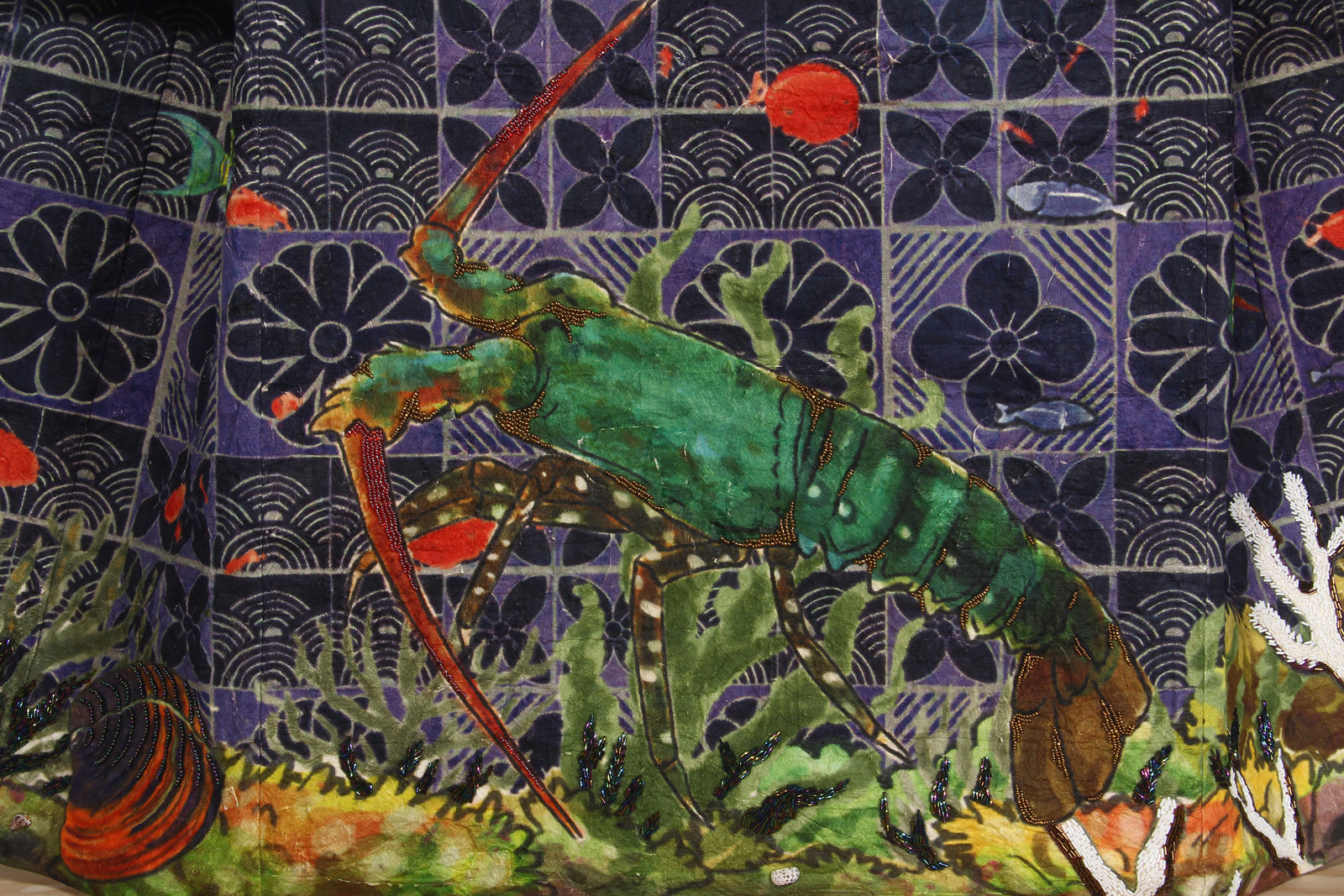 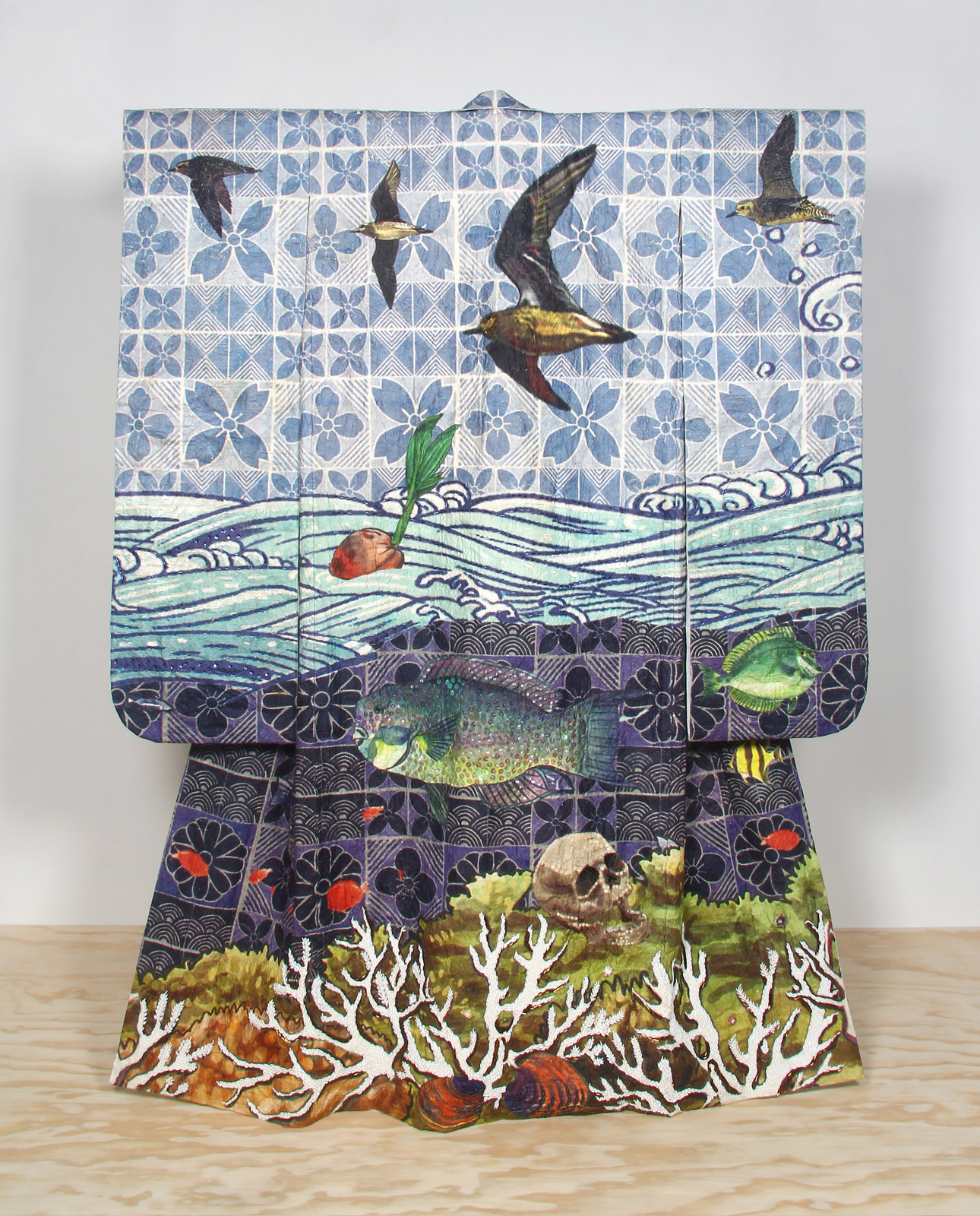 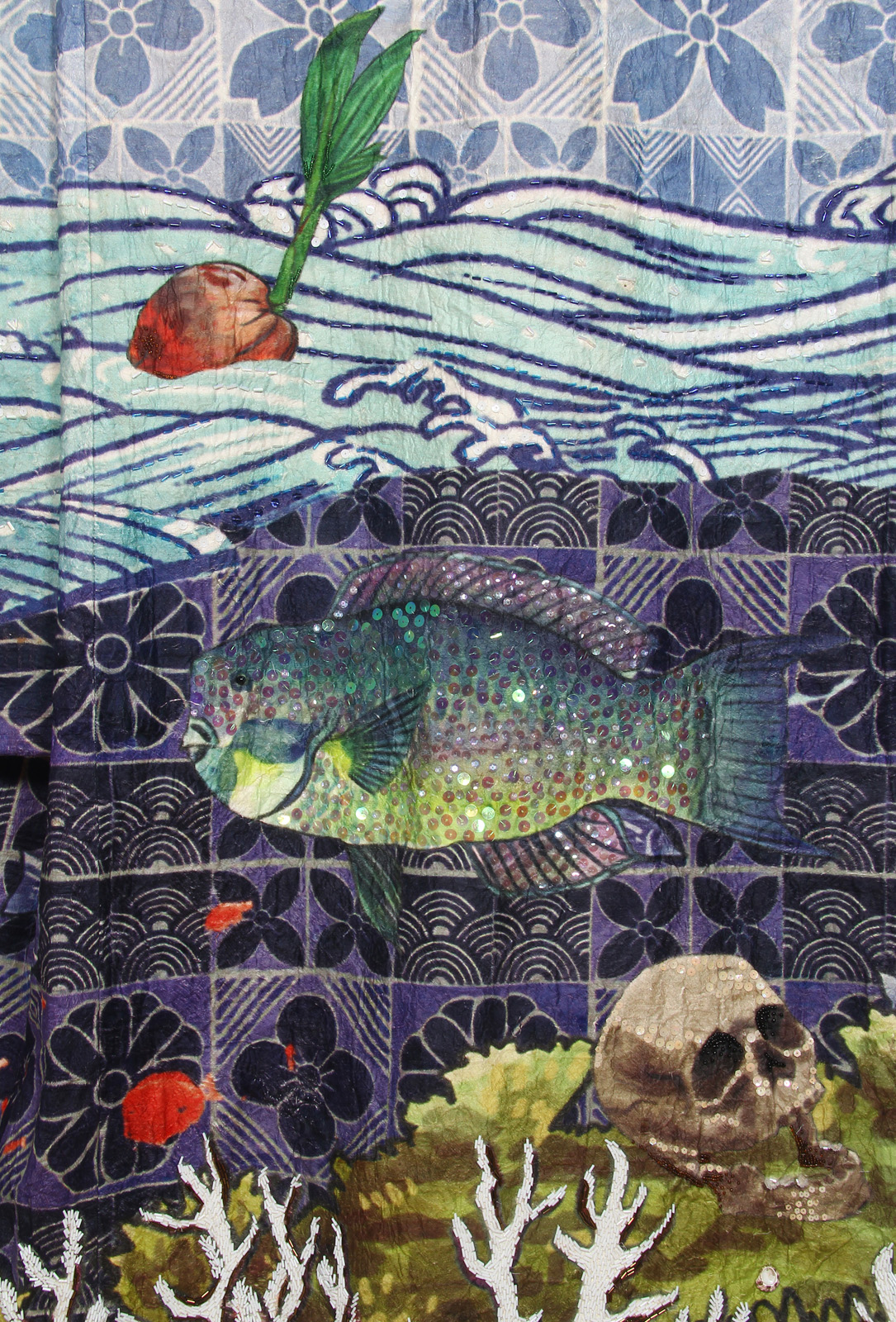 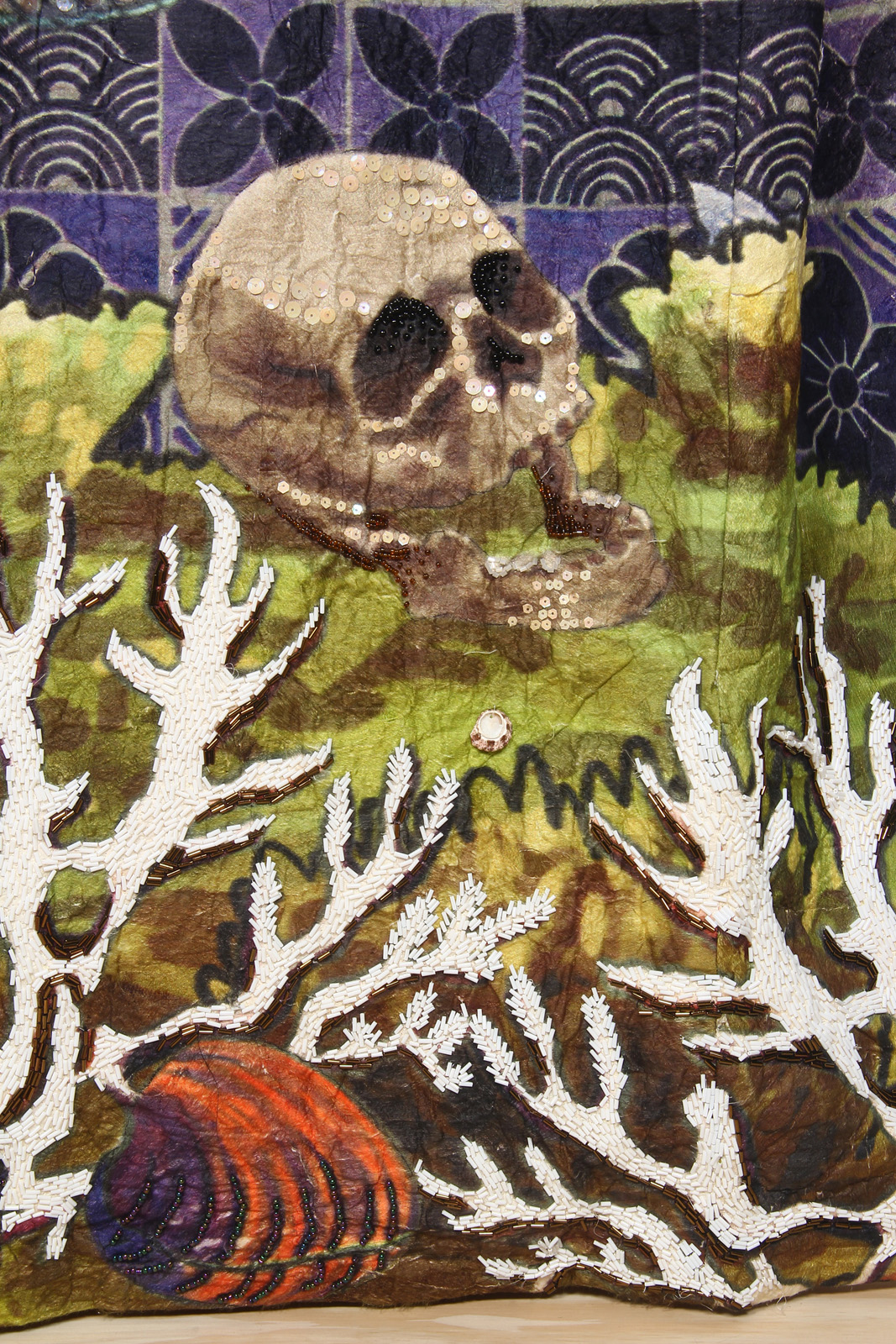 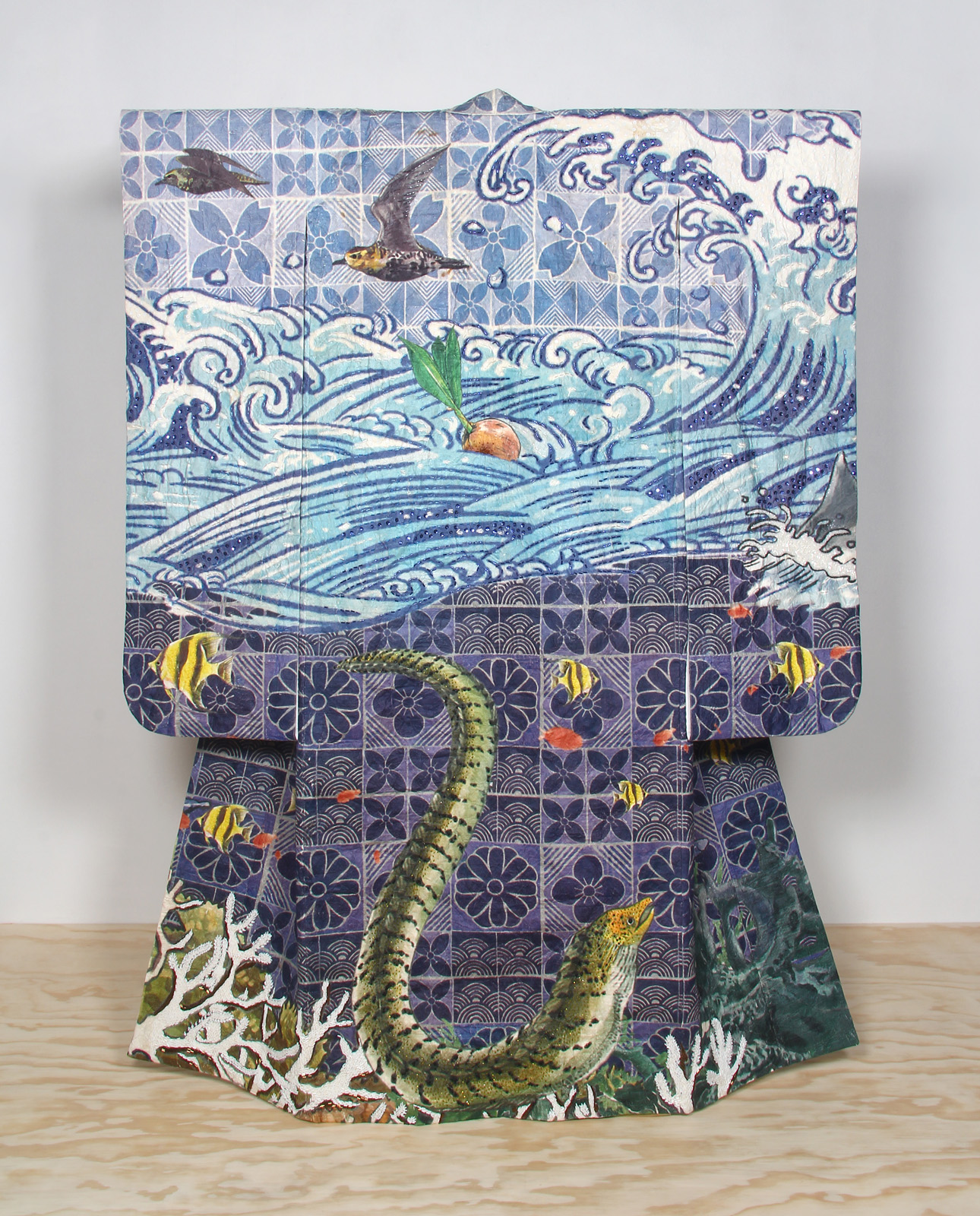 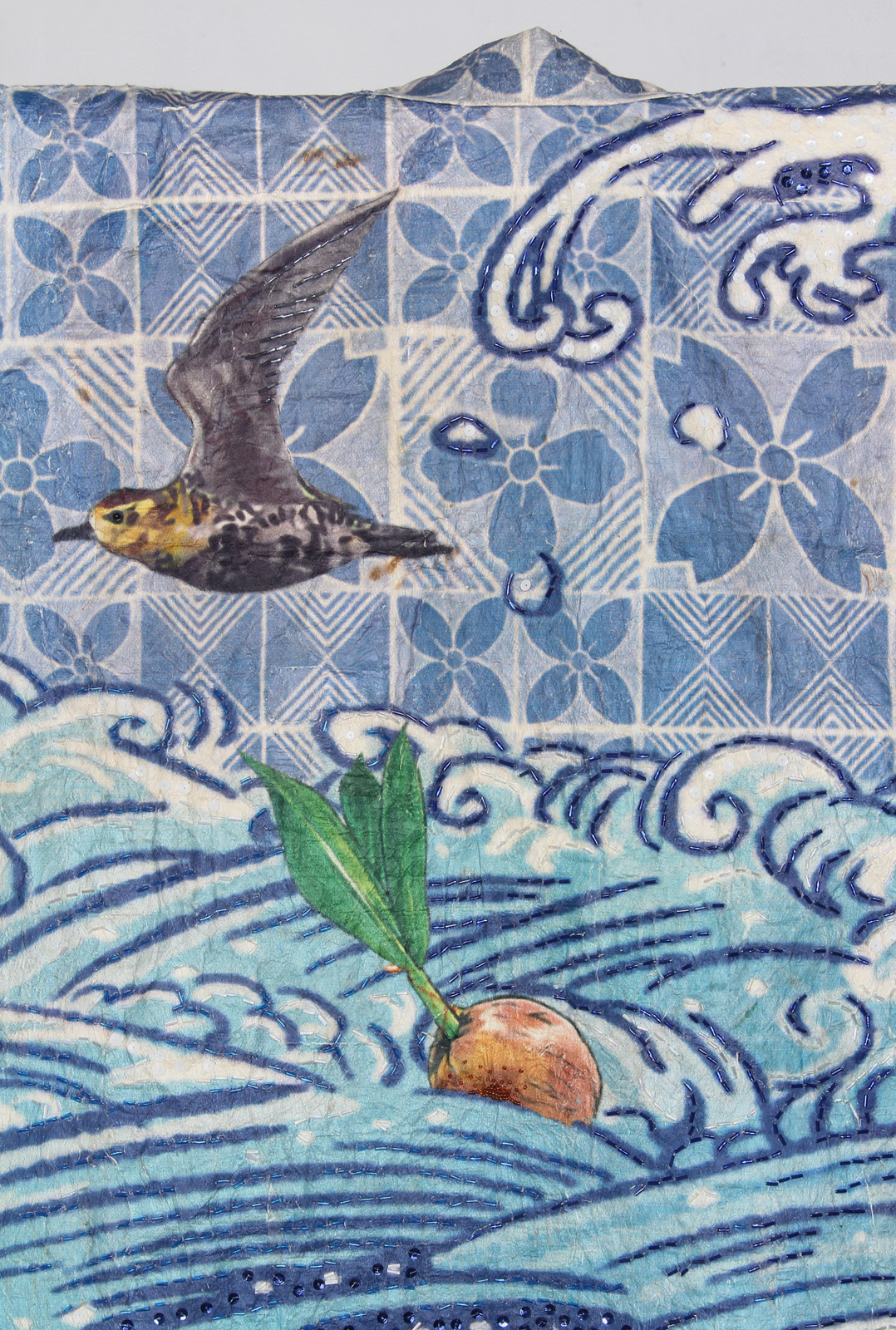 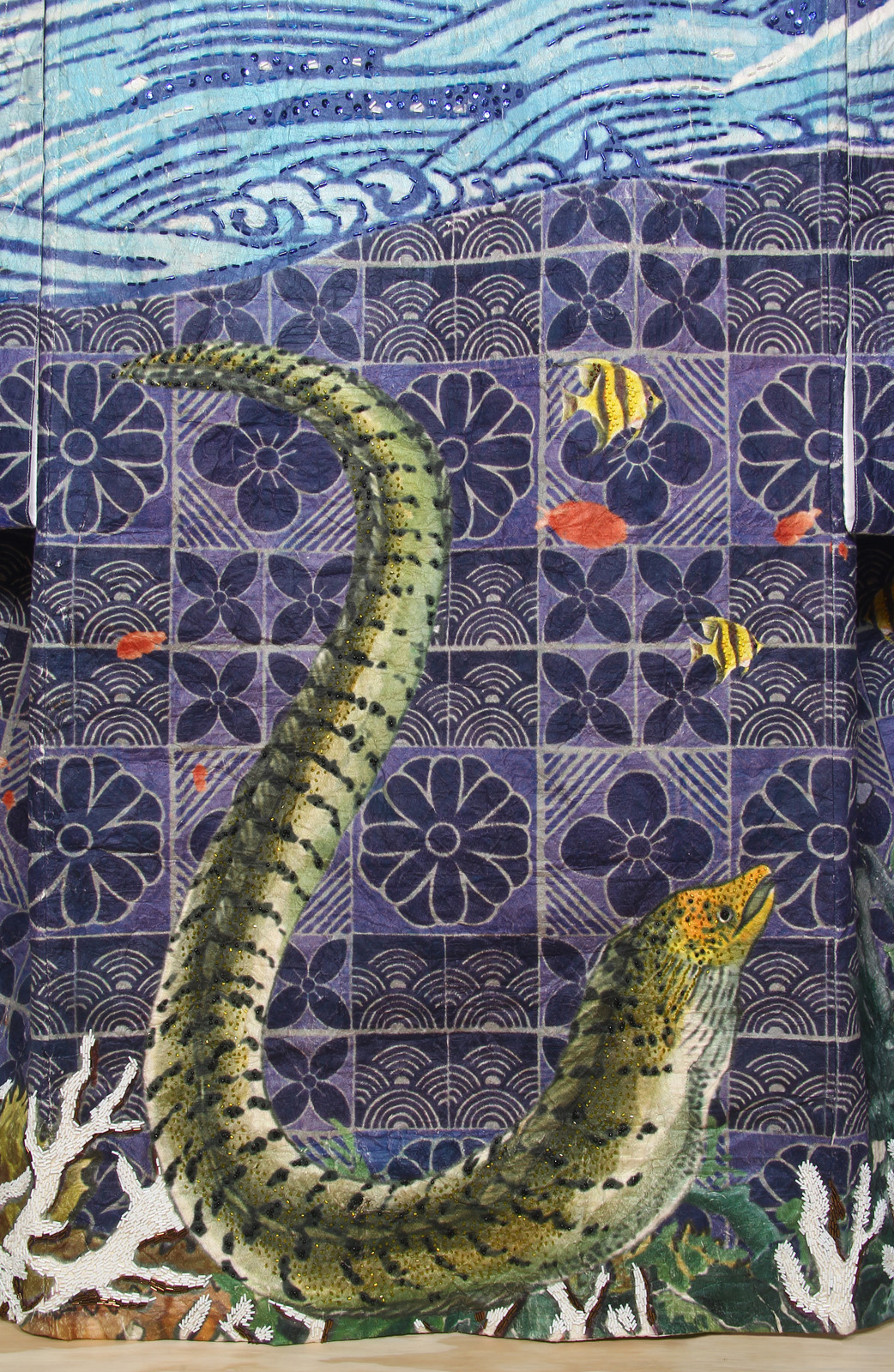 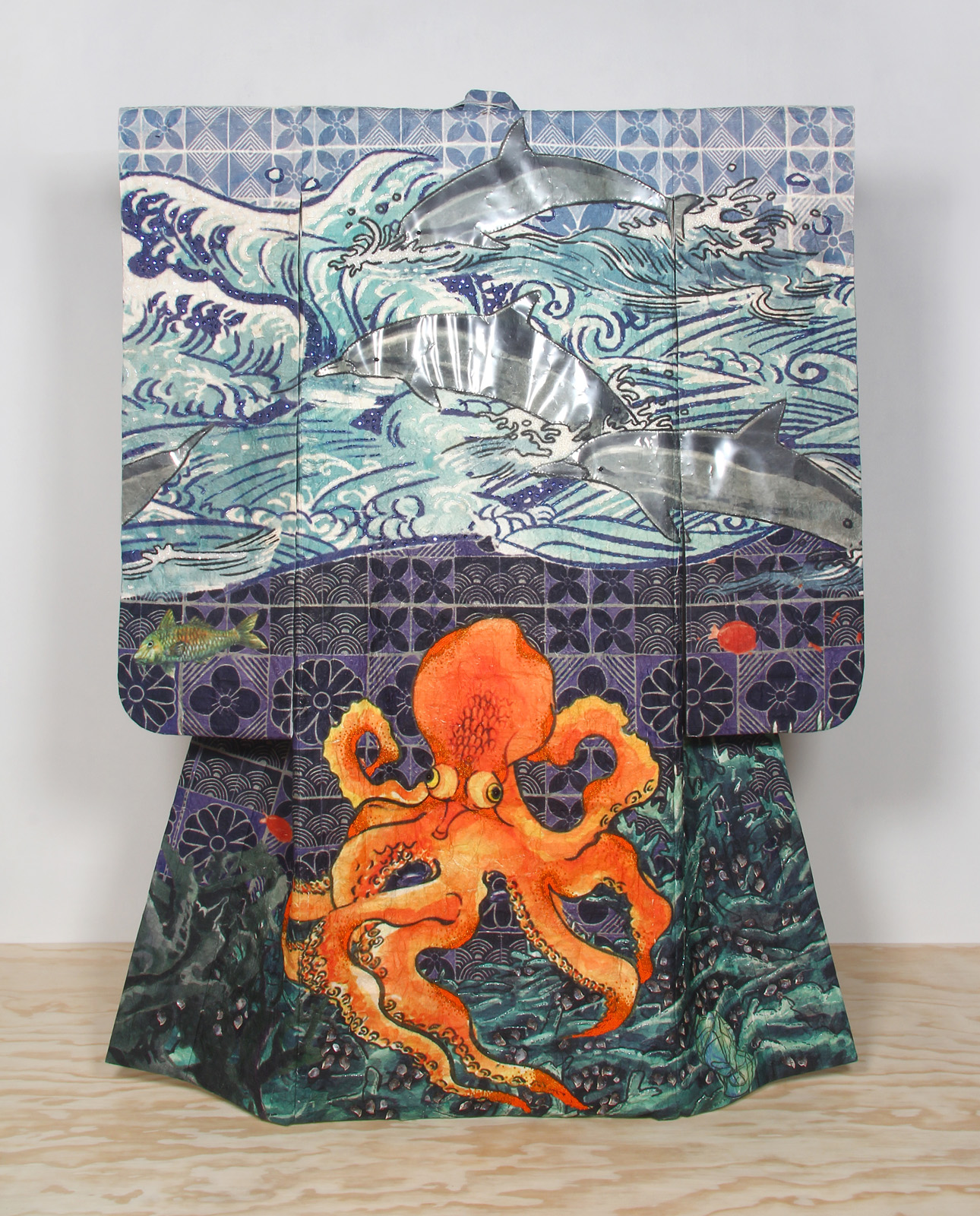 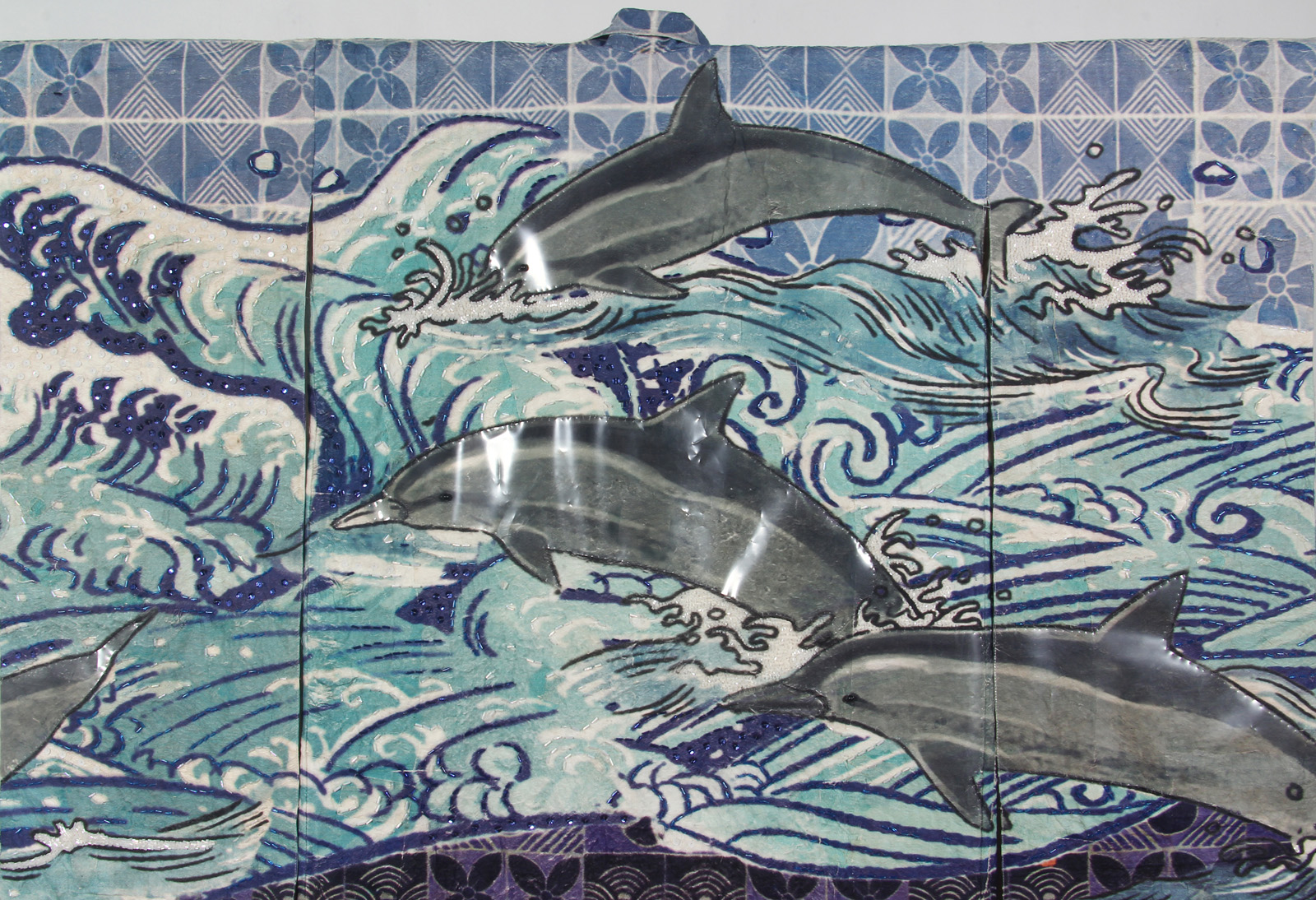 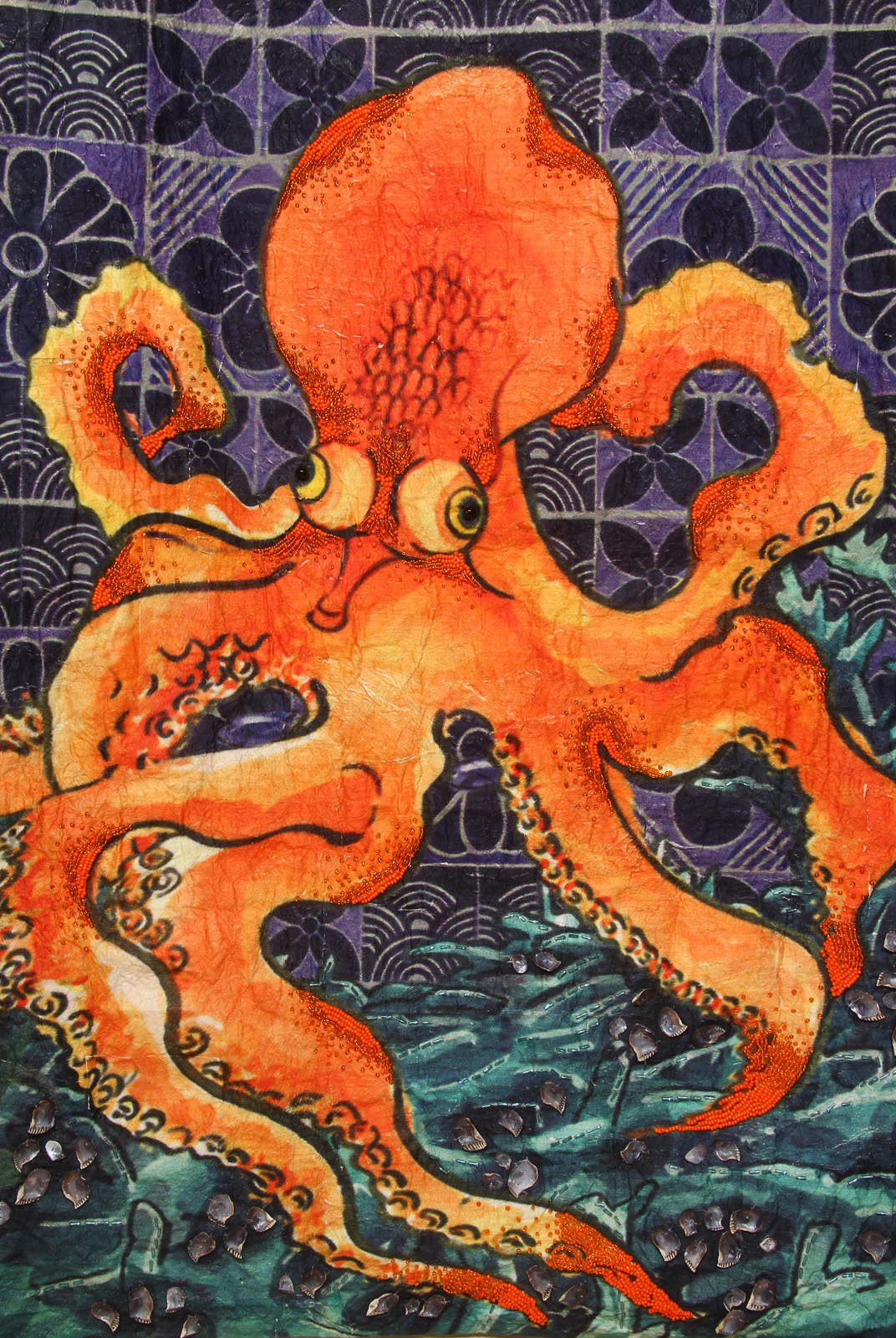 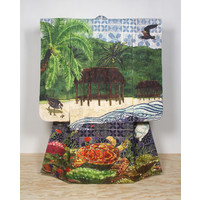 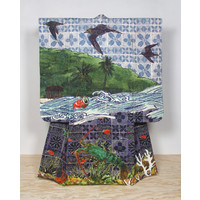 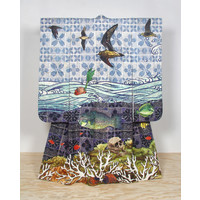 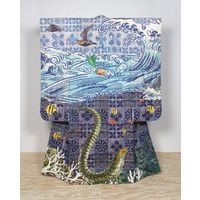 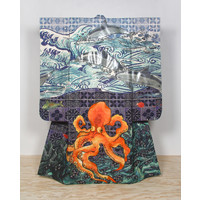 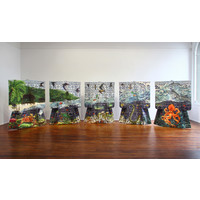 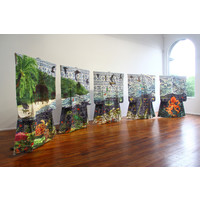 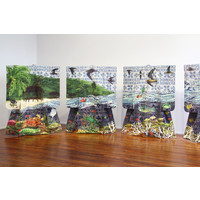 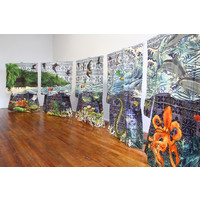 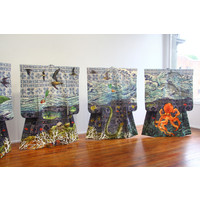 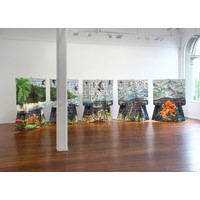 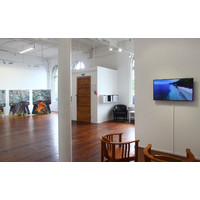 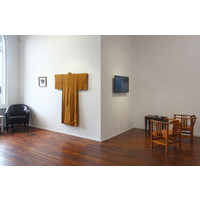