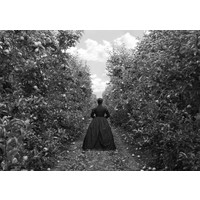 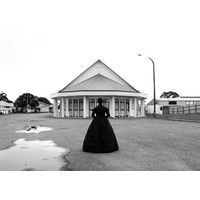 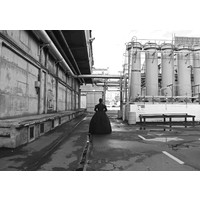 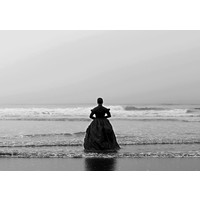 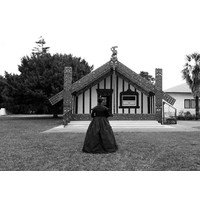 This new body of work from Yuki Kihara was developed during her three-week residency hosted by MTG Hawke’s Bay Tai Ahuriri and supported by Creative New Zealand in March 2017. An extension of Kihara’s earlier series, Where do we come from? What are we? Where are we going?, the artist uses her alter ego, Salome, to explore connections between Ngāti Kahungunu and her homeland of Samoa. Kihara is interested in the ways colonial power structures continue to restrict indigenous cultures and ways of being, and how tangata whenua o Aotearoa and tagata o le Moana struggle within and against colonising systems.

Produced as lenticular prints, the illusion of movement collapses the distance between subject and object and the viewer is transformed into witness alongside Salome. The effect is especially notable in Takitimu Landing Site, Waimārama (2017), where waves roll in and out, and Salome’s dress is caught by the breeze. Local stories tell of the sacred waka Takitimu being built in Sāmoa many generations before carrying the ancestors of Ngāti Kahungunu to Aotearoa. The ocean’s unceasing ebb and flow suggests a fluid sense of time, where the past, present, and future are not set on an unchanging linear path, but are manifest in one another.

Stark industrial lines and forms of the factory frame Salome’s lone figure in Whakatū Freezing Works, Heretaunga and in this work the illusion of movement underscores the bitter irony of the setting. The freezing works closed in 1986 and has been empty since; 1500 workers, the majority of whom were Māori (1), were victims of the economic rationalisations of the 1980s. Parallels can be seen between this image and Kihara’s 2013 work Aquatic Centre, Tuanaimato which likewise features a dilapidated and deserted monument to economic growth and suggests that foreign interventions bear bitter fruit for indigenous populations. 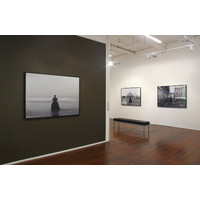 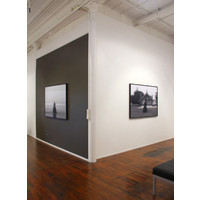 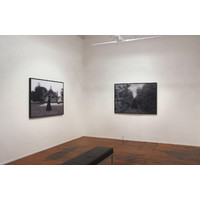 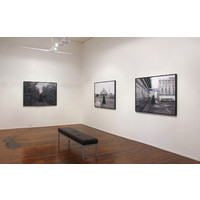