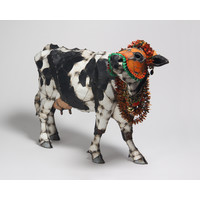 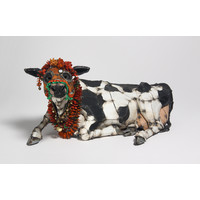 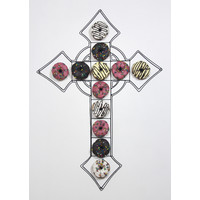 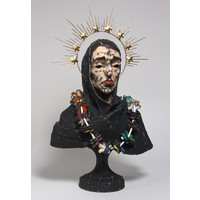 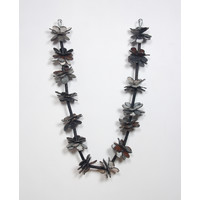 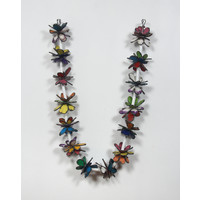 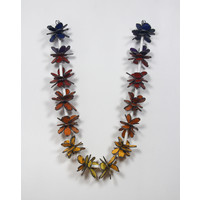 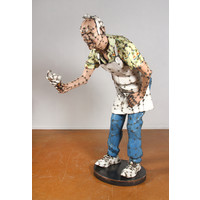 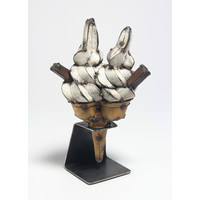 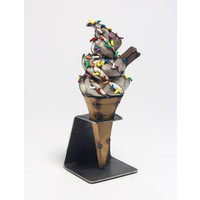 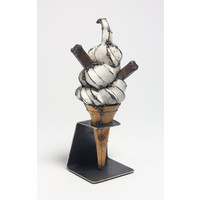 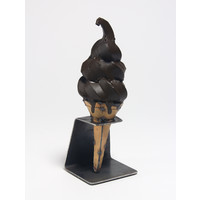 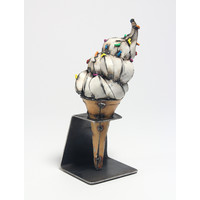 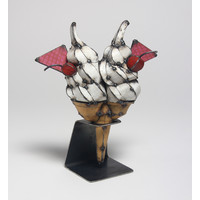 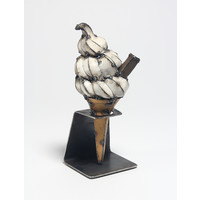 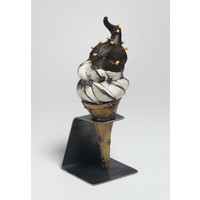 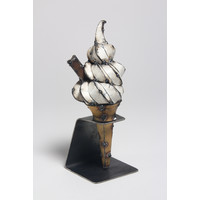 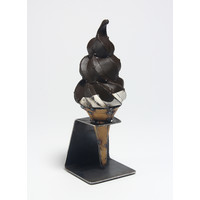 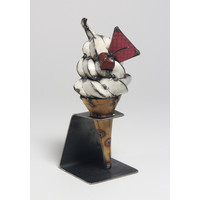 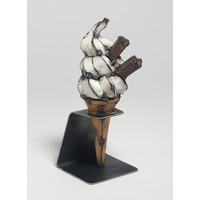 In a society where ‘influencers’ rise and fall in the blink of 50,000 Instagram likes, who or what do we worship? The word comes from Old English weorthscipe - the acknowledgement of worth. Hannah Kidd draws upon this fundamental notion that an act of worship is, at its most basic, the act of recognising value; her exhibition Worship considers the role of worship in everyday life.

In modern parlance, the mention of worship immediately brings to mind religious practice and/or slavish adoration. Kidd is not averse to employing overt symbols of veneration in this body of work, although this might be accompanied by a pointed subversion of the symbols themselves. The artist’s doughnut cross captures the elevation of the banal - a pointed commentary on a world where capturing something for others to worship on social media is more valuable than personal contemplation and reflection.

Personal reflection has not disappeared, of course, and Kidd explores our memorialisation of egalitarian figures as well as ways we “worship” in our everyday. Accompanied by a number of ice-creams in sconce-like stands, Mr Whippy (2019) is “all Mr Whippies...mostly friendly, sometimes surly...virtually always an elderly gentleman” (1). Familiar to a good percentage of those who grew up in New Zealand, this everyman ice-cream vendor is central to a suite of rituals not unlike religious rites of worship.

It starts with the bells, more often than not a tinkling, distorted Greensleeves, after which the congregation of children makes its way to the van-shrine.  Once they approach the counter-altar, each supplicant asks for and receives communion in the form of a single cone with sprinkles (and a flake if parents were feeling generous). This experience was neither transcendent nor meditative, it did not promise life everlasting or explore fundamental truths about the world. Over time however, this childhood ritual was embedded in memory through repetition and reflection. We deem these memories worthy because of the nostalgic desire they evoke - it is our own past we are worshipping.

In addition to looking at what, how, and why we deem something or someone worthy, Kidd turns the tables and considers how our actions affect the object of our worship. Although drawn specifically from the Prime Minister’s public appearances after the horrific mosque massacre on March 15th of this year, Bird of the Year (2019) also alludes to images of women across a range of religions. The artist recognises and celebrates the strong and empathetic leadership the Prime Minister provided over this time, but Kidd also asks us to see the politician as an individual: a young woman with a young child, dealing with an unspeakable event in the glare of a huge global spotlight that was suddenly focussed upon her every move. Bird of the Year (2019) is a reminder that not all those who are venerated are immortal and omnipotent; they are humans, not gods.
1. Artist statement, July 2019. 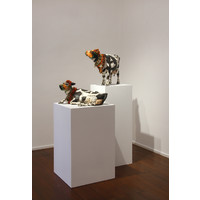 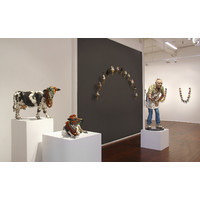 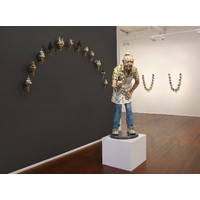 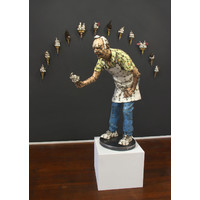 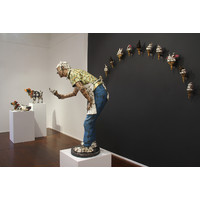 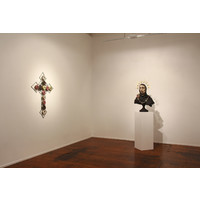 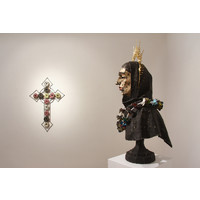 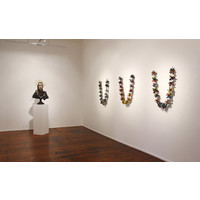