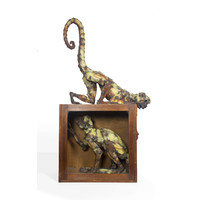 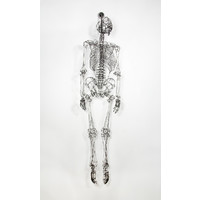 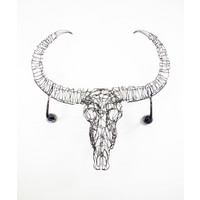 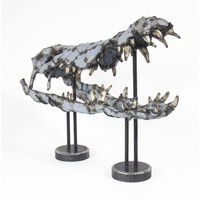 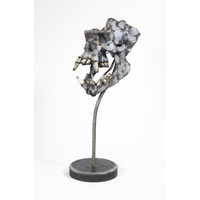 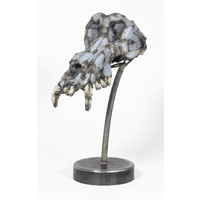 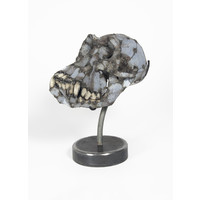 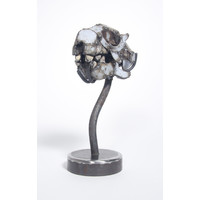 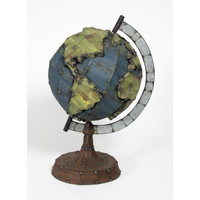 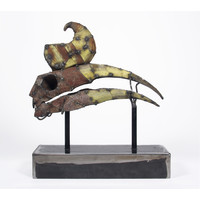 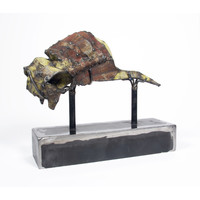 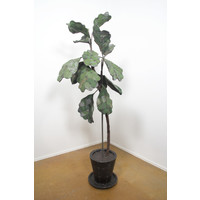 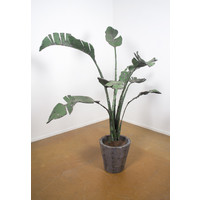 Hannah Kidd's remarkable metalworks have recently progressed in a direction which is startlingly new yet at the same time is a natural progression from her previous work.

A visit to an articulator - a preservator and curator of skeletons for display - provided the impetus to explore the artist's long-held fascination for vintage museum displays and cabinets of curiosity. This work forms the backbone of Animal, Vegetable, Mineral, an exhibition in which the work has literally been stripped back to its bare bones.

The internal structures which have been ever-present beneath the surfaces of Kidd's work now take centre stage, albeit in the more natural form of the skeleton. We are therefore presented not only with fascinating work but also a metaphor for the artist's practice.

The articulator's work does not only involve the assembly of skeletons from individual bones. As Kidd herself describes it, "skeletons are meticulously pulled apart, cleaned, catalogued and put back together. Such care was taken, the bones treated with reverence. Just being in the workshop feels like being in an archive, museum or library." (1) Articulators also create support structures for the pieces, in equal parts cradling and probing. Kidd, whose work in recent years has explored our relationship and impact on the environment, sees this as a fine metaphor for humankind's dual role in scientific preservation and rapacious devouring of nature. The exhibition also references the golden age of discovery, with its meticulous cataloguing and occasional garbling of information about previously unknown species.

As always with Kidd's work, the touching and thought-provoking are coupled with humour and wit. The titles of the works, in particular, are teasing lines from schoolyard play yet also skewer the human condition.

There is a haunting poignancy in I Know You Are, You Said You Are and But What Am I?, a series of chimpanzee skulls which compels us to examine how different and yet how similar we are from our fellow primates as we fall into that uncanny valley where the works seem both too human and too non-human for comfort. Two companion hornbill skulls boast the titles Anything You Can Do I Can Do Better and I Can Do Anything Better Than You, suggesting the all too-frequent mindset of "he who dies with the most toys wins".

The artist's last tongue-in-cheek gesture is the "vegetable" part of the show. A series of fig trees punctuates the display, deliberately mimicking and mocking the potted plants in "house beautiful" articles in home decor magazines. The earth is our beautiful house, but one which we share with other tenants. Are we looking after them as well as we could, or are they destined to become only museum exhibits?