Battle of the Birds 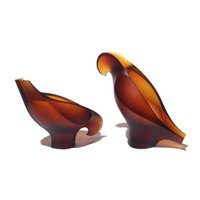 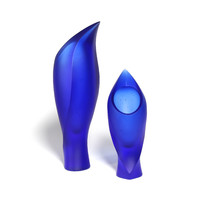 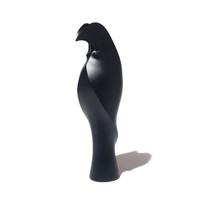 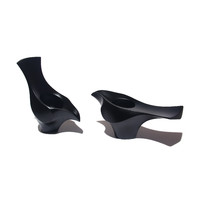 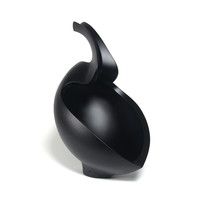 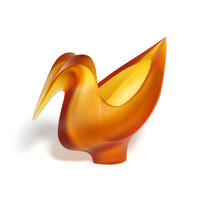 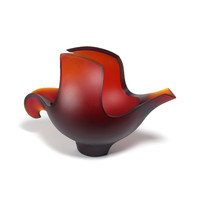 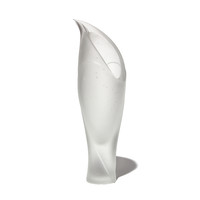 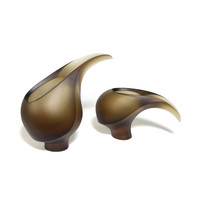 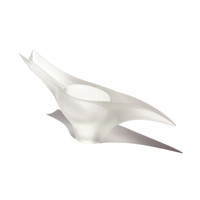 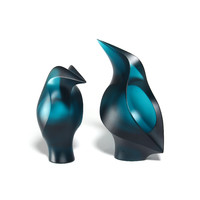 View the artworks in the exhibition in 360 degrees. Video production: Ross Wilson

Coinciding with his exhibition opening at Milford Galleries Dunedin, the Otago Daily Times have produced the above video of Mike Crawford at work in his studio and published a full page feature in the Arts section. Video production: ODT. Additional footage by Ross Wilson.

Mike Crawford’s new suite of works draws on Māori mythologies surrounding New Zealand’s birdlife and in particular Te Pakanga o Ngā Manu - the Battle of the Birds – where land and sea birds war over resources and habitat. Crawford (Ngāti Raukawa) provides one version of the story:

The battle began with one Kawau (shag) from the river boasting to another Kawau, this one from the sea, over who had better food.  Spurred on by these tales of abundance of food on the land, the sea birds amassed and tried to claim the land birds’ food for their own.  After many feathers and much blood had been shed, the land birds repelled their invaders, establishing the boundaries between land and sea dwelling birds.

This focus has encouraged Crawford to extend the family of avian forms he has been exploring for a number of years now and he has focussed on some of the key protagonists in the story: the land birds Kahu, Pīwakawaka, Kōtare, Kiwi, Kākā and Tūī; and their opponents from the sea, Toroa, Tākapu, Kororā, Kuaka and Karoro.

Shaped by the nature of their habitats, Crawford explores the similarities and differences of each group. The sleek forms of ocean travellers front up to the muscular shapes of bush parrots and birds of prey and the idiosyncratic features of the kiwi, tūī, and piwakawaka.

The Kuaka (bar-tailed godwit) and Tākapu (gannet) are both new forms for Crawford. Tākapu is all angled planes and lines, an effect made greater by being able to glimpse the internal structure of the work. The varying density of the glass allows the rich yellow hues to shift from light to dark and back again, enhancing the sense of a barely contained energy. Kuaka’s streamlined, dynamic form brings to mind the sleek lines of a racing yacht, and the clear glass gives the work an airy buoyancy – both elements perfectly matched to a creature that migrates over 10,000 km a year.

For this exhibition Crawford has revisited the Toroa, a form that was first seen in his 2016 exhibition Kōhanga; this time around however, the albatross has been created in opaque black rather than clear glass. Black glass emphasises first and foremost the sculptural qualities of the material itself rather than the play of light and the impact of colour. The viewer is made intensely aware of the dense physicality of the work: its surfaces reflect darkly and the edges glint.

Whereas the black Toroa invites consideration of the volume of the glass-as-substance, it is the volume encircled by glass that is one of the most striking aspects of Crawford’s new Kahu. As Kahu is viewed from different angles, the interior space opens out but is then bounded again by complex sight-lines and intersecting planes. With its wings/sides arching upwards and inwards, the work brings to mind the artist’s earlier gourd forms. It reminds us that at a fundamental level, Crawford’s works function as vessels as well as being explorations of natural form and sculptural language.

As well as superb technical expertise, a hallmark of Crawford’s practice is his ability to capture a bird’s essence with the simplest visual markers. A fantail form would always be easily recognisable but it is not just the tail that defines the black Pīwakawaka, it is the way each figure interacts with the other, suggestive of its cheeky flitting, that brings it to life. The tufted neck of the Tūī needs nothing more that two minimal whorls as identifiers, and the hooked beaks and rounded bodies of Kākā immediately bring to mind the hopping playfulness of the parrots.

Mike Crawford’s skill lies in his ability to infer rather than instruct. Rather than recreating his bird subjects, he interprets their defining characteristics and uses the fundamental concepts of sculptural practice to transform them into art objects. 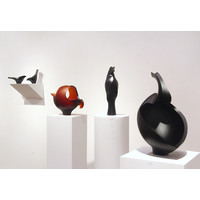 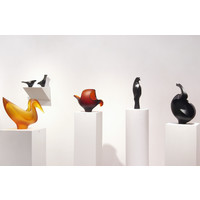 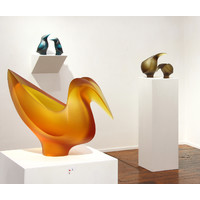 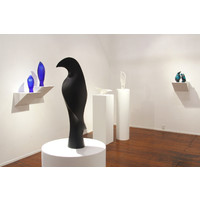 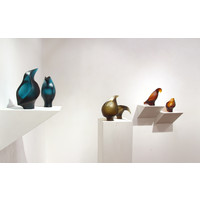 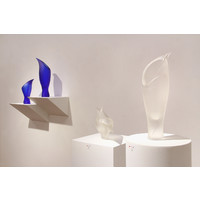 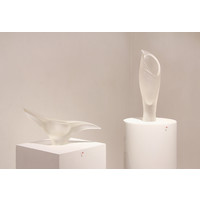 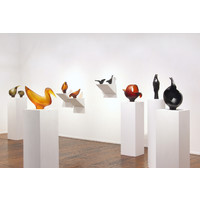