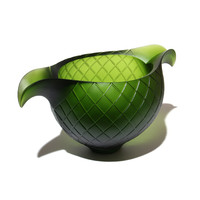 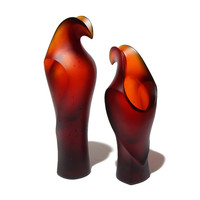 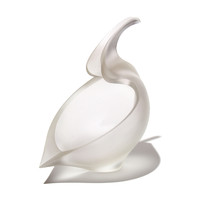 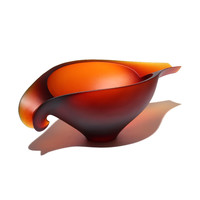 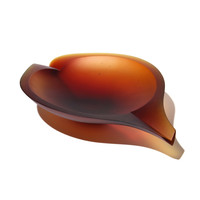 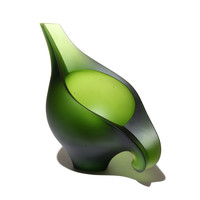 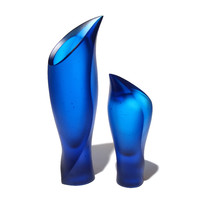 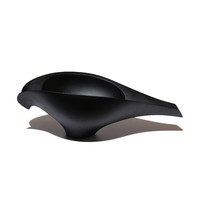 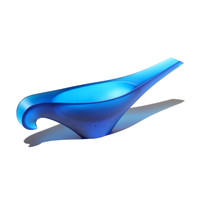 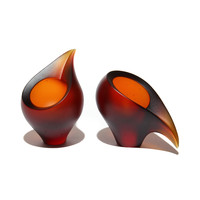 Mike Crawford’s latest exhibition, Kōhanga, presents a clutch of precious objects which references on one hand New Zealand’s native birds and on the other, explores the manipulation of scale, surface and volume. The cast glass works reveal a beautiful balance between abstraction and stylised bird forms, and the increasing scale of Crawford’s pieces subtly emphasises the tension between the strength and fragility of the medium.

This is clearly evident in Toroa, a new form for Crawford. The artist notes that he has been interested in the intersections between his bird forms and ‘function-wares’. When considering Toroa, the shape evokes its avian namesake as well as suggesting tīheru, the carved wooden bailers used in waka. The clear glass has a more ethereal presence than the rich amber, blues, and greens of other works, and Toroa uses the sinuous curvature of its outlines rather than its hue to command attention in the first instance. The head and neck stretch up and out, and the carved edges glow with refracted light. Rather than reflecting, the muted surface traps light within the work, describing its interior planes and volume.

Instead of using the tracery of light to define its form, the opacity of Kumete Manu (Black) emphasises the mass and density of the glass: it is a work which speaks to the materiality of the medium first and foremost. Its soft angles are clearly delineated and the smooth, uninterrupted sweep of its internal and external planes remain unaffected by the vagaries of light. The solidity of Kumete Manu (Black) reinforces its occupation and displacement of space, whereas Crawford’s translucent works suggest an interaction with space using light as a vector.

Mike Crawford continues to exhibit a confidence in his visual language, and the vessels in Kōhanga express fundamental ideas about glass as a sculptural medium. These are underscored by the artist’s superb craftsmanship and ongoing experimentation; Crawford looks for the boundaries of his making and extends them that bit further out. 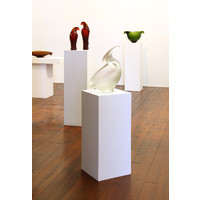 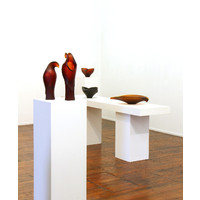 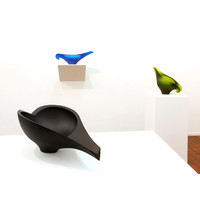 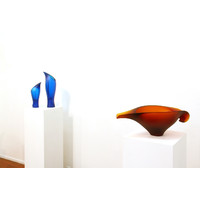 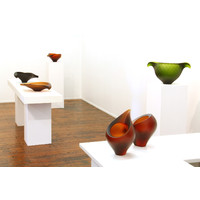 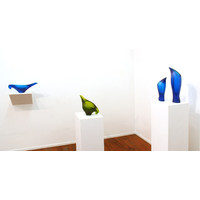 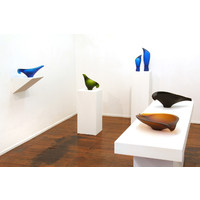 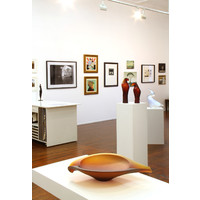