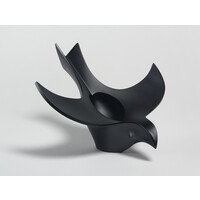 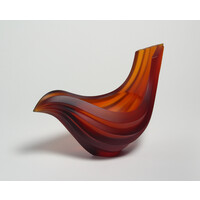 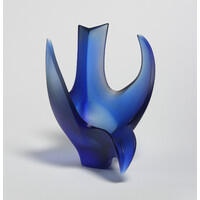 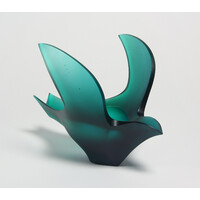 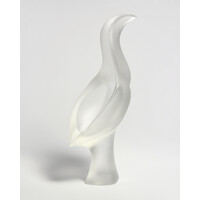 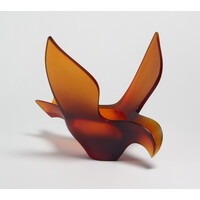 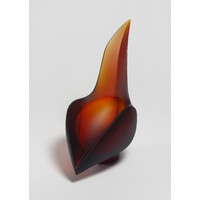 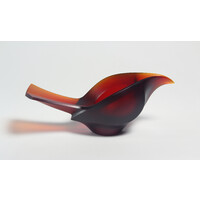 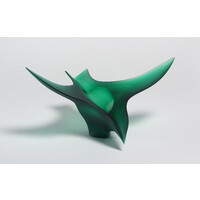 With wings outstretched, many of Mike Crawford’s new bird forms have been captured in a moment of flight. We can imagine the next downbeat of kākā wings or the sound of a swooping kererū body, but the works themselves possess a sense of singular stillness. They are poised in time; movement is expressed through the play of light on the lines and planes of the cast glass.

Crawford’s bird forms have always captured the idea rather than the fact of each creature. In On the Wing, he extends this further by using form to create a sense of potential motion, but leaving actual motion to be expressed through the medium itself. Crawford cites the bold simplicity of Don Binney’s seminal bird paintings as a reference point for these works and the graphic lines seen in the glass forms pay homage to Binney’s visual language.

Mātātā is an intriguing example of this cross-pollination. For those only familiar with Binney’s paintings from printed or digital images, it comes as a surprise to see his textural use of paint in real life. Crawford translates the scored lines of Binney’s two dimensional oils into a truly sculptural language. The grooves incised into the surface of Mātātā speak as much about the process of creation and the weightiness of the medium as the markings of the fernbird they suggest.

The careful detailing Crawford employs realises the tension between imagined flight and physical stasis. Curvilinear edges undulate around the shapes, widening and narrowing as if drawn with glass ink. The bevelled angles define the way colour and light interact, creating an ‘outline’ that traces around the sculpture. And holds the planes and volume of the work in check. The physical control of how light enters and refracts through the glass emphasises the feeling of contained movement. While Crawford uses elements of form to control and constrain light and space, his use of colour has become more serendipitous. Through experimentation with the casting crystal available to him, the artist has created one-off hues that cannot be exactly replicated.

Mike Crawford’s On the Wing is a collection of possible moments. While the forms of the works embrace the essential nature of each bird, their medium illustrates every potential variation and the play between these two gives rise to palpable visual energy. 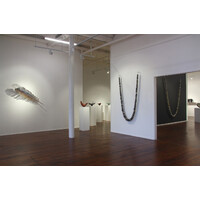 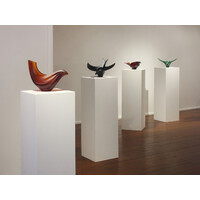 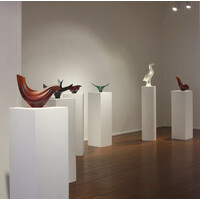 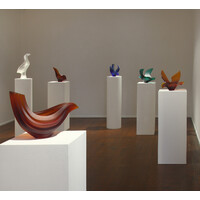 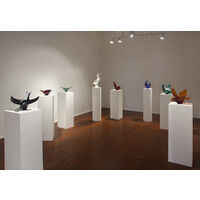 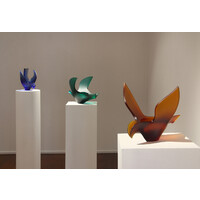 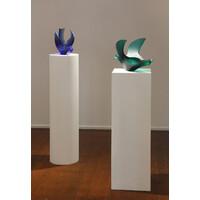 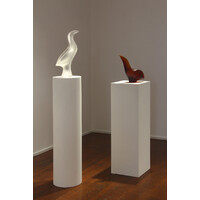 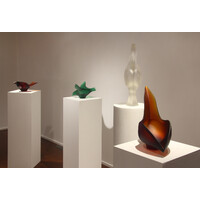 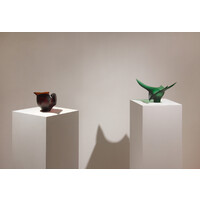 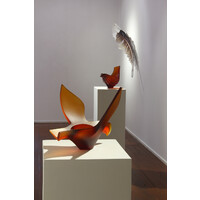 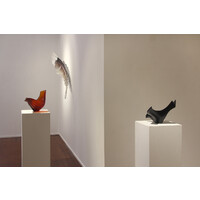