Art of the Deal 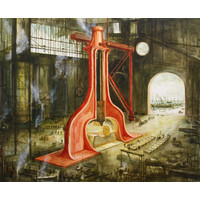 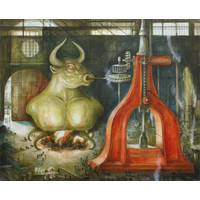 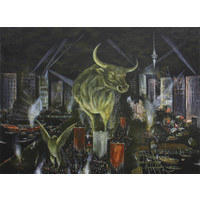 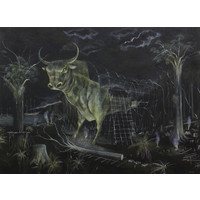 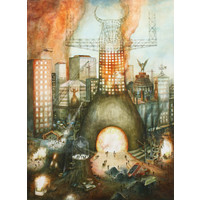 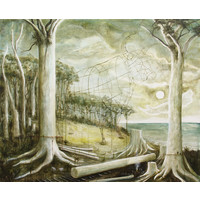 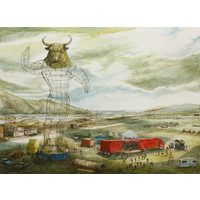 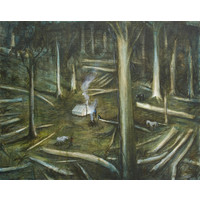 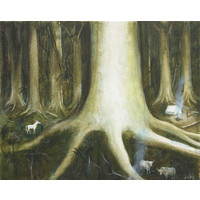 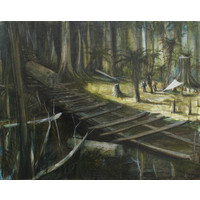 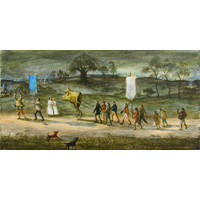 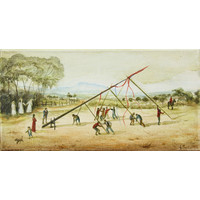 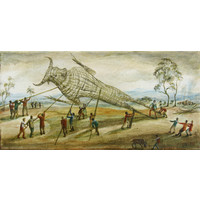 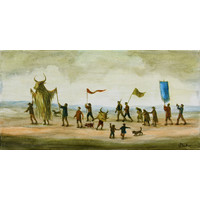 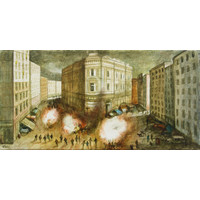 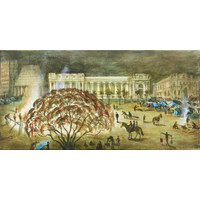 In Art of the Deal Jenna Packer contemplates the newly minted Anthropocene and explores its human and environmental costs.  She paints a dystopic vision of a society with roots in the Industrial Revolution of the nineteenth century and the totalitarian power of a neoliberal political economy in the twenty-first. Using centuries old techniques of paint application and glazing, Packer’s works seem to document a history that is paradoxically yet to pass.

Shades of Blake's satanic mills can be seen in Steam Hammer, where shadowy workers scurry about the tools of industry that dwarf them in Victorian-style workhouses. The blood-scarlet hammer dominates the image: a physical manifestation of God’s exhortation in Genesis to “have dominion ... over every living thing that moveth upon the earth”. With this divine ordination embedded into the goals of imperial, colonising powers, industrialists and settlers transformed “unproductive” tracts of land. They built railways and roads, drained swamplands and planted crops, and felled bush so that livestock could be reared. The natural environment was recast as a commodity and humanity as units of capital, both situated within the controlling framework of the market.

The muscled, armoured bull towers over land- and city-scapes. A recurring motif used by Packer, its prominence is a potent visual reminder of how market forces are able to shape the social and physical environments. The bull looms out of the darkness in The Market Rallies and piercing searchlights and darkened windows contribute to a sense of unease as humanity swarms on the causeway and harbour. The scene in this canvas is an infernal triumph and the bull the Golden Calf, object of mindless idolatory; in others it takes the form of the fiery Moloch, who looks to consume these same masses.

Jenna Packer does not resile from the artist’s roles as social observer and critic, and Art of the Deal is a body of work that sets incisive, current socio-political commentary within a visual framework of symbolic allusions. Packer’s subject matter draws us close initially with its historical familiarity, and the complexity of her narratives is revealed piece by piece. 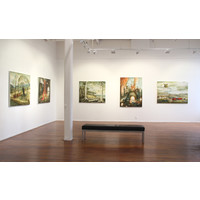 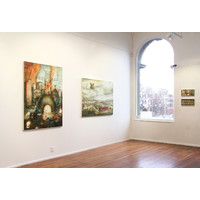 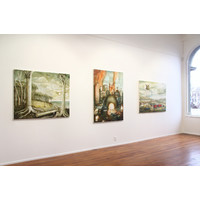 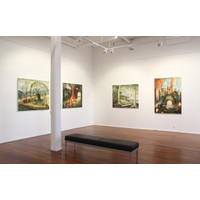 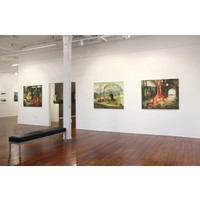 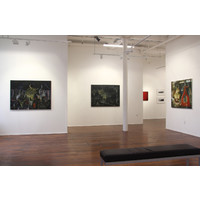 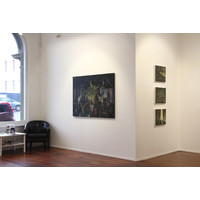 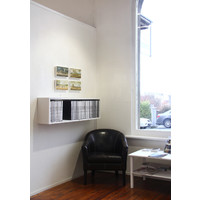