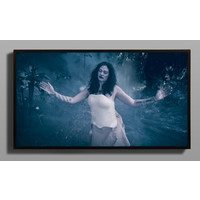 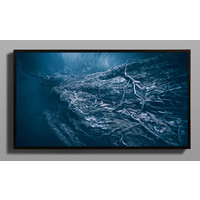 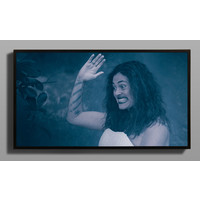 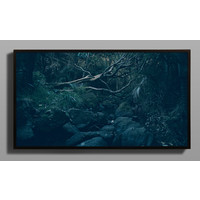 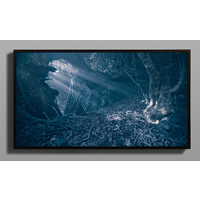 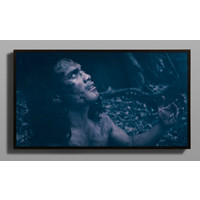 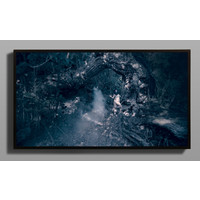 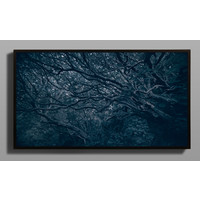 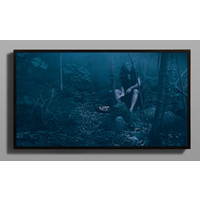 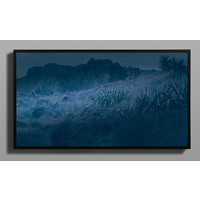 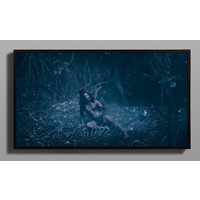 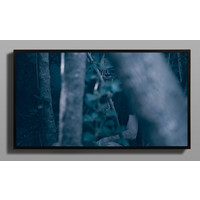 whitianga <<>> the crossing explores Māori mythologies surrounding death and mourning and at the same time invites consideration of the universal stories that are created to describe the journey from the land of the living to that of the dead. Using lightbox-mounted stills taken from Lisa Reihana’s video work, Tai Whetuki – House of Death Redux (1), the goddess of death and the night, Hine-nui-te-pō, guides a dead warrior through an underworld where land and human are intimately entwined.

The sense of travel through an uncommon and unnerving land plays out in the visual metaphors Reihana has created. Strong vertical and diagonal lines created by beams of light and tree-forms create paths and thresholds for the viewer to follow and cross. The dense textures and muted light combine with a shallow picture field in some works suggest a clinging, suffocating closeness. In At the Gate the point of view angles up acutely from the leaf litter to meet the light streaming past the figure in the portal; the viewer sees through the eyes of the traveller.

Life is the other side of death’s coin and when speaking of Hine-nui-te-pō, Reihana professes her interest in the idea that “this feminine quality that births us, also guides us at death” (2). Implicit within this is the notion of creative and destructive energies which drive one another in interconnected cycles. We see this in the images Reihana has selected: spirit-beings and humankind are enmeshed in a tangled profusion of damp undergrowth and twisted tree limbs; they are of the land and the land is of them.

The video work was filmed at Karekare, a site where stories of war and death are embedded in the cliffs and caves (3) and resonances of this are felt in the darkly beautiful images of whitianga <<>> the crossing. Underlying issues of (re-)presentation of histories and memories have been a primary concern for Reihana. In these works she has produced an artistic space which centres indigenous actors in their own physical and spiritual landscape to tell their own stories. 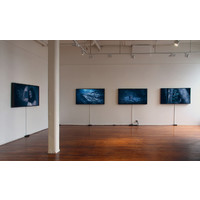 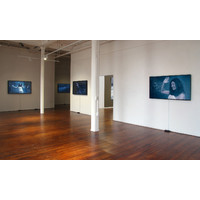 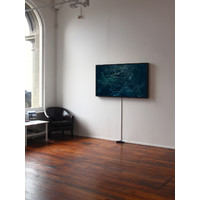 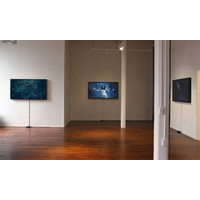 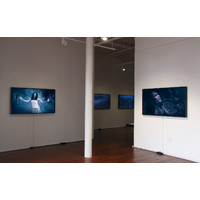 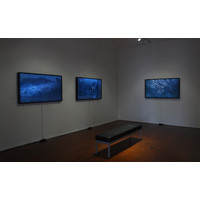 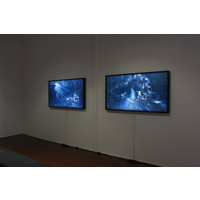