From a Different Distance 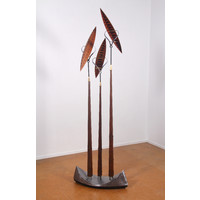 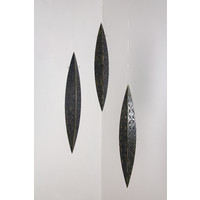 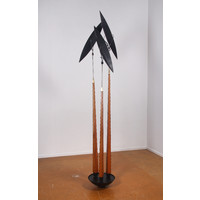 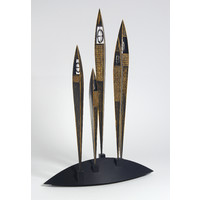 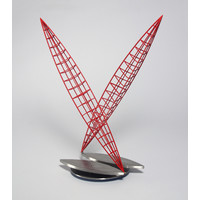 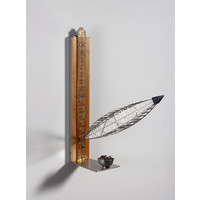 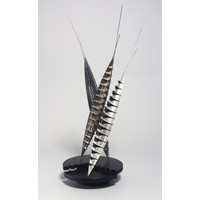 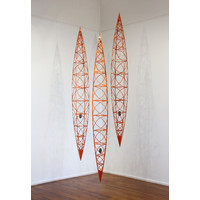 Long concerned with the increasing imbalances in our environment, Graham Bennett’s practice reveals both the artist’s prescience and the continued relevance of his works. Exquisitely balanced and weighted, Bennett’s sculptures are physical manifestations of the singular moment that exists between two tipping points and pointed reminders of the need to maintain equilibrium. From a Different Distance brings together works that have been created over a span of 15 years; viewed together, the clarity and cohesion of the artist’s vision is striking.

Working predominantly in wood, stone, and stainless steel, Bennett draws motifs from geology, ecology, science, and Pasifika cultures. His pointed pod forms recall seeds designed to disperse on the water: Bennett presents them as specimens to be studied. Whether caught between calipers in Hidden Depths , suspended from wires in It’s About Face, or stripped back to their skeletal structure in 2, 4-Shadow, the forms are both beautiful and hollow. Many of Bennett’s works are articulated in such a way that elements sway and rotate in reaction to the slightest force, a tangible reminder of the precarious nature of the world we inhabit.

With his practice situated firmly within a South Pacific context, the artist combines traditional Polynesian patterns and forms with contemporary materials and visual allusions to Western traditions of scientific discovery. The delicate ribbed forms seen in both Connect and Worlds Apart Maquette recall the hulls of waka and Bennett utilises native timbers alongside steel and brass. These juxtapositions establish an equilibrium between the natural, astronomical, and seafaring knowledge of Polynesia with the new sciences brought to the region by European explorers.

The concept of measurement is integral to Bennett’s practice and abstracted versions of trig beacons, scales, calipers, rulers, or plumb-lines are often in evidence in his works. Lines Extending seems to be a cartographic experiment in which curved steel lines of latitude and longitude measure the passing of time in shadow. Free-standing works suggest way-finding apparatuses or complicated sundials, hanging pods become delicate pendula of an unseen timepiece. While Bennett’s sculptures initially appear to have a purpose, it quickly becomes clear that they are in fact functionless within the strict confines of scientific discourse. What they do offer however, is an alternative view of the relationships between nature, technology and humankind.

Looking from a different distance provides new and unexpected perspectives. Graham Bennett’s works have always offered a multitude of sightlines and as humankind continues to accelerate toward its own tipping point, the need to see things differently is more important than it has ever been. 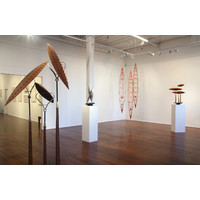 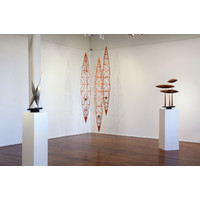 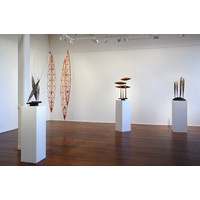 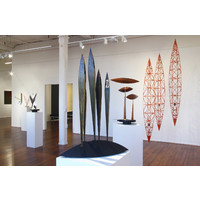 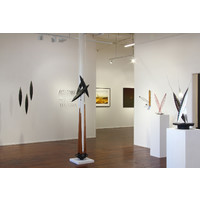 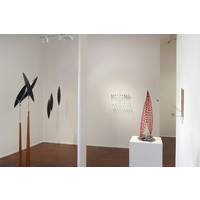 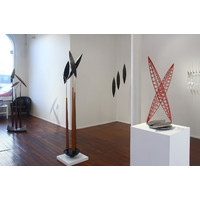 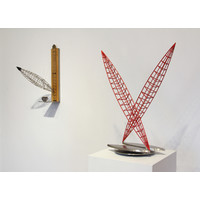 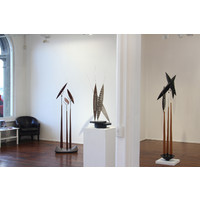 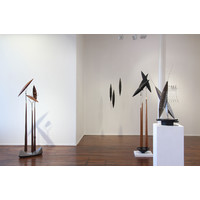 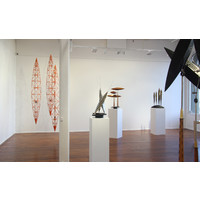