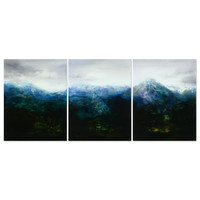 The Breadth and Blood of Distant Lands (2013) 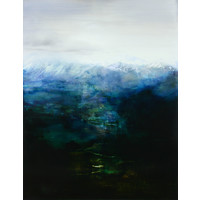 The Breadth and Blood of Distant Lands II (2013) 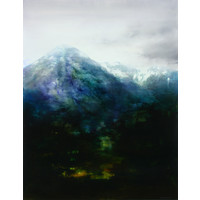 The Breadth and Blood of Distant Lands III (2013) 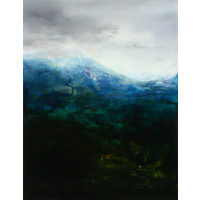 The Breadth and Blood of Distant Lands I (2013) 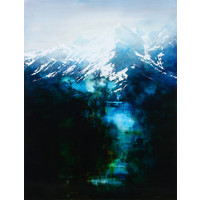 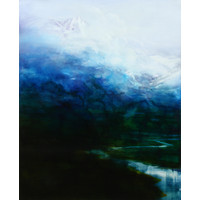 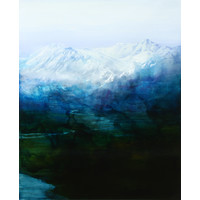 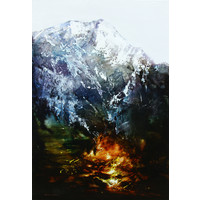 The Wilderness has a Mysterious Tongue (2012) 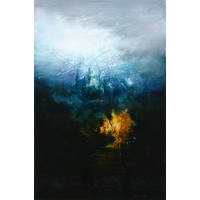 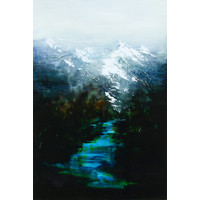 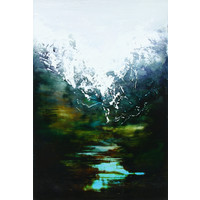 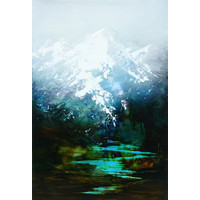 In Mountain Pass, Simon Edwards draws on the Romantic tradition of painters such as JMW Turner and Petrus van der Velden. His Southern Alps landscapes evoke the ‘sublime’, a terrible beauty which awakens the senses to their fullest

The commanding triptych, The Breadth and Blood of Distant Lands, is suffused with dim light which illuminates the peaks and breaks through the dark mists hiding the flanks and valleys of the Southern Alps. Edwards speaks of making “the light, mist, smoke, and reflections a palpable presence” (1) and he achieves this after hours of brushwork that result in a seemingly effortless subtlety. The virtuosity of his technique is such that the many layers of glaze that he uses retain translucence and clarity at the same time as they create tone and atmosphere.

Edwards draws the viewer into his paintings with an absence of light, layering shadows so that they veil their subjects and invite closer inspection. The winding river in Antique Land reflects an unseen sky and leads the eye across the landscape, into the picture plane. Small, glowing pools of light are intimate spaces which provide respite from the moody expanse of the mountain-scape. The Tempest’s Stream appears to barely contain a brooding energy enhanced by strong chiaroscuro; the limited use of solid blocks of white creating strong visual contrast to the tonal variations of the balance of the painting. The perspective in these works is shifting and ephemeral, and Edwards plays with the idea of the mountains simultaneously advancing and receding in space.

The allure of the works in Mountain Pass is that they are both recognisable and foreign. Working from en plein air sketches and photographs, the paintings of Simon Edwards are indeed depictions of a specific place but ones overlaid with a heady appeal to the senses and emotions. Through this, he re-imagines the familiar, adding enough of the unknown to unsettle, requiring a second - and a third - look.