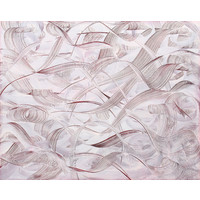 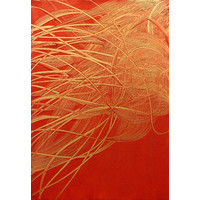 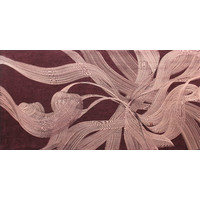 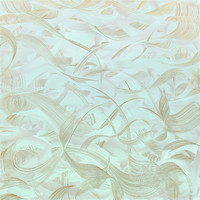 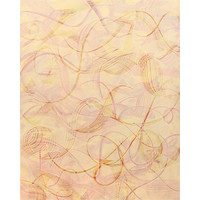 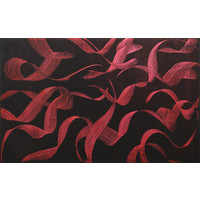 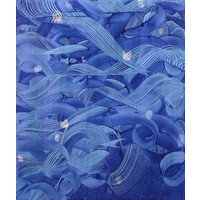 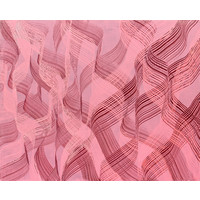 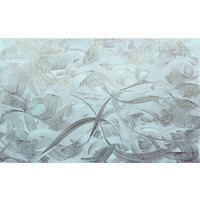 Vanitas continues Lorraine Rastorfer’s exploration of the nature of painting, the contradictions inherent in the painted surface and the role of serendipity in the creation of her works. The title of the show links her practice to Northern European paintings in the 16th and 17th centuries, where ‘vanitas’ was used to emphasise the fleeting nature of earthly existence.

The vagaries of transience and chance have occupied Rastorfer for a number of years and she uses painterly gesture combined with ‘visual incidents’ (1) to create works that appear to capture a single moment in time. Along with the careful layering of paint and pigment, Rastorfer embraces unintentional occurrences that arise from intrinsic variables in her materials. In Glance, spontaneous variances in width, tone and form lend the swirls a sense of organic growth as well as emphasising surface movement and energy. Ribbons of red and gold seem caught mid-dance and this intricate web has a life of its own that the artist has managed to freeze momentarily.

Drawing on the history of abstraction, Rastorfer challenges the flatness of the painted surface and the materials she uses. Her layered mark-making creates depth where there is none and movement of a static medium on a fixed plane. Vanitas (2012) reveals a textured void in which the colour itself is embodied and coils through space. The dense blue strata in Pursuit (2013) invite the eye to look through convoluted waves and loops to an imagined background, and (apparently) random spots of light float on the ‘surface’ of the painting, reinforcing the illusion of a non-existent three-dimensionality.

Each painting in Vanitas displays an elegant unity of rhythm, form and tone that at once pleases the eye and invites contemplation of the artist’s concepts. Illustrating the paradox of a continual yet unmoving flux, the complexity of Lorraine Rastorfer’s paintings allows the works to be seen anew over and again.