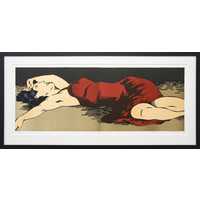 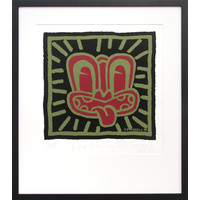 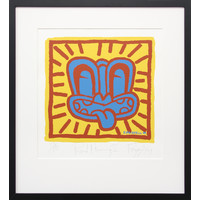 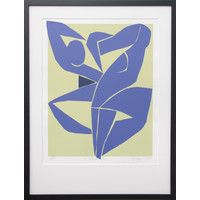 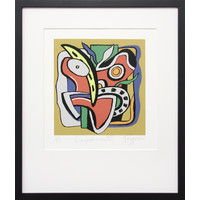 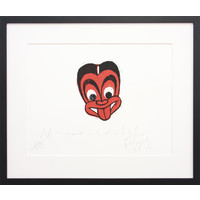 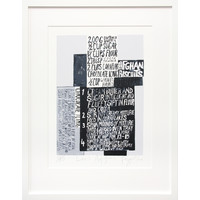 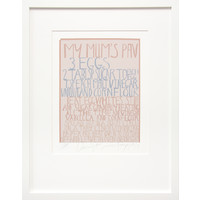 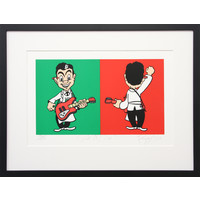 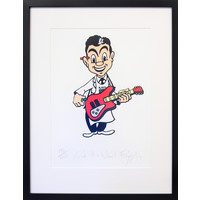 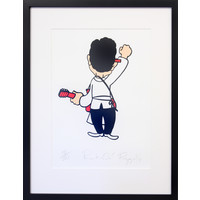 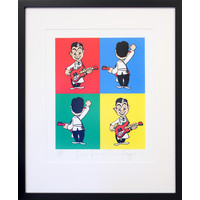 Chief amongst Dick Frizzell’s numerous attributes is his remarkable ability to move almost seamlessly from one style (mode of expression) to another. He has demonstrated again and again in an endlessly inventive career the capacity to deliver almost any subject matter – faux-naïve New Zealand landscapes, accurately rendered realist environments and architecture, figurative still-lifes, comic book characters, witty parodies of modernist abstraction and so on. His background in advertising has informed his work and blurred the categories between the notionally commercial and ‘high art’ paradigms.

Frizzell also has an ability to identify the iconography of the ordinary and uses humour to animate the subject and narrative to include the viewer. In this way, his work comes to have a broad cultural and social vernacular which reaches from the inventions and characterisations of comics through the divisions of pop art to multiple parodies of formal abstraction and art-jokes on to reconfiguring the Maori motif of the tiki into numerous art styles or for example as overlays on top of the Four Square Man.

There is a strong sense of nostalgia in his work, and the openly acknowledged sources evidence a real emotional attachment to the processes of memory and applied meaning.

This exhibition includes recent and important screenprints and lithographs. Frizzell’s mastery of style reveals him ‘as a brash iconoclast who fears nothing and holds nothing sacred’. His virtuoso range of skills includes a remarkable ability to deliver objects, motifs and ‘captured moments’ with idiosyncratic character and graphic clarity.