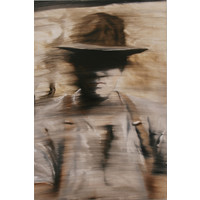 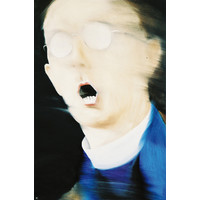 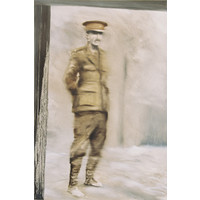 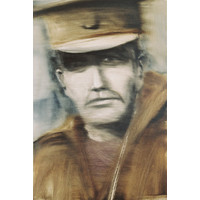 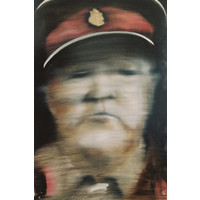 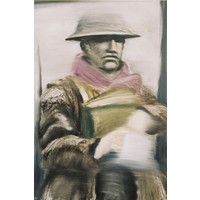 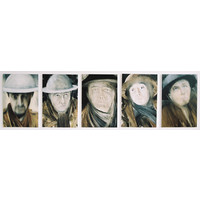 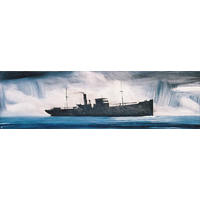 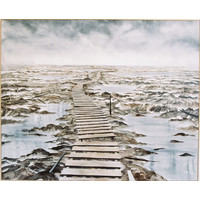 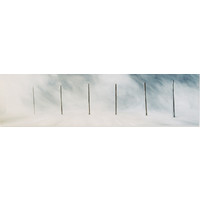 Number One Field Punishment: Archibald Baxter's Opposition to Military Conscription is a powerful, narrative exhibition detailing one of the dark stories of New Zealand’s involvement in the First World War and specifically the treatment Archibald Baxter (the father of poet James K. Baxter) experienced as a conscientious objector. Each painting is accompanied by a quotation from his autobiography We will not cease, a book long regarded as one of the classics of its genre.

Bob Kerr recreates key events, participants and places. He begins with The Farm at Brighton, south of Dunedin (where Baxter was arrested) and then to The Waitamata the ship that took him (and other objectors) to the war front. At the front trenches The Duckwalk – a chaotic assemblage of planks – led out into no-man’s land and along this path the conscientious objectors were daily dragged and/or marched then tied to poles and abandoned to the torment and torture of random fate flying as bullets and bombs between the opposing armies.

The exhibition examines the dichotomy of cruelty and kindness – one of the central tenets of Baxter’s book – through a series of portraits of the main protagonists: the endless cruelty of The Sergeant, the vengeance of Captain Phillips, tyranny of Sergeant Booth, the obsessive mental torments of Colonel Simpson and Captain Stevenson, and the spiritual failure of The Padre. The meanness of these officers is sharply contrasted with The Ordinary Soldiers gentleness and humanity.