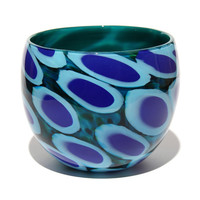 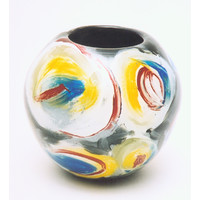 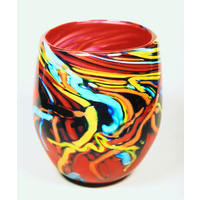 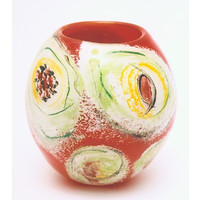 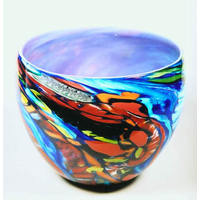 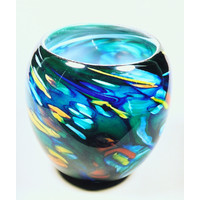 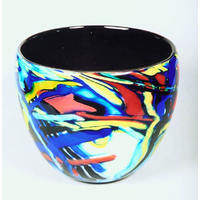 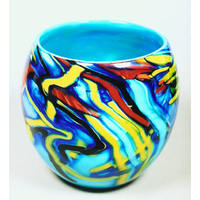 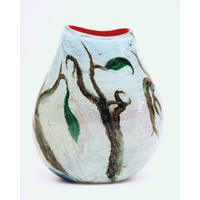 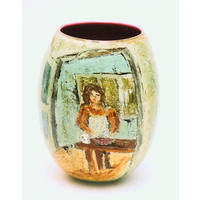 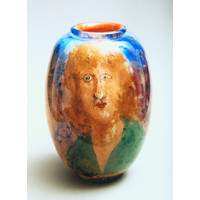 Garry Nash is an internationally significant glass artist and an acclaimed innovator who – like Ann Robinson - has been at the forefront of the extraordinary achievement of New Zealand glass.

Nash paints with glass, using colour, surface depth and shape with a strong sense of the maker’s hand. In works such as Black Orb (2006), Red Abstract (2006) and Disc Study (2006) he uses expressionistic techniques and compositional devices. Whereas the concern of that body of work is to debate colour intensities, abstraction and the functional vessel, he reveals further technical virtuosity in another series with figurative concerns and narratives that use impressionistic painting methods and draw upon the pictorial traditions of folk art. Domestic Figure (2006), Figure in Space (2006), and Male Face (2006) are tableaux narratives of considerable complexity and dexterity.

These two series of works comprise the exhibition Selected Objects in Sequence. While Nash’s trademark vessel forms are familiar and as always distinctive, these works also reveal him to be back at the ‘coalface’ of the maker’s craft where he establishes then explores the tensions between the functional vessel and aspects of painting. His mastery of this is clearly evident.