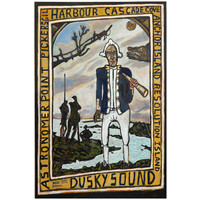 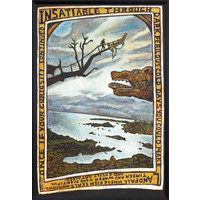 Once If Your Curiosity Continued Insatiable (2007/08) 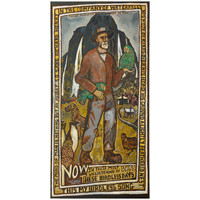 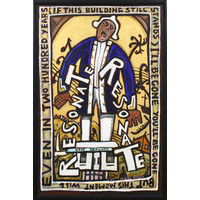 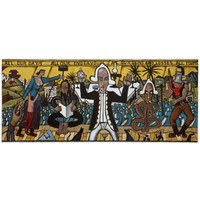 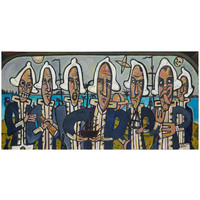 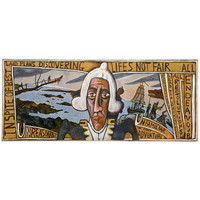 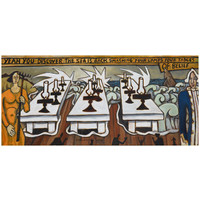 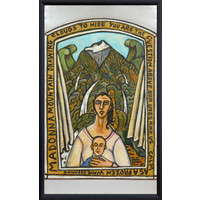 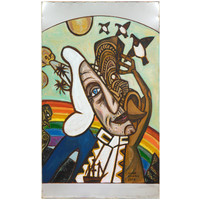 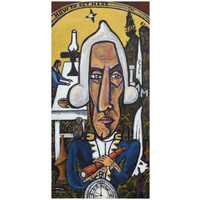 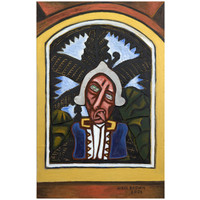 Nigel Brown has an established reputation as New Zealand’s most significant narrative artist. For his exhibition All Our Days at Milford Galleries Dunedin, the narrative continues as stories and situations are manifested in his use of motif, icon and symbolism. Captain Cook appears throughout the body of work as an iconic figure, not the man himself but an object of myth, a motif that stimulates environmental, political and cultural dialogues.

It is clear that the life and history of New Zealand is ever-evolving. A mural-like composition enhances the idea of progression and change. All Our Days (2007-2009) is visually rich with symbols and motifs steeped in our culture and history; McCahon’s lamps, koru forms, native flax and palm trees, even the poet James K Baxer.

Brown’s link to poetry is prevalent throughout his work, not only is the exhibitions accompanied by two poems by Glenn Colquhon, but also works reference poems, poets or have a poetic resonance. Birdless Days (Richard Henry) Larger Version (2007/08) features text from a poem “Richard Henry in Fiordland” by Gregory O’Brien dedicated to Nigel Brown and written on the Break Sea Girl, during The Dusky Trip taken by a group of artists and poets.

The Dusky Trip determines works such as Once If Your Curiosity Continued Insatiable (2007/08), showing Dusky Sound as based in a painting from 1863 by John Buchannan. This painting contrasts the ideas of then and now, in relation to exploration, conservation and human presence as does Dusky Sound (2007/08) where place names in Dusky Sound border the image of Cook within the landscape.

Many of the works such as Delight in Difference (2008), Cook Hei-Aha-Ha (2008), Resonate (2008) feature Cook as a Polynesian or Maori figure. Here Cook refers to the changing aspects of New Zealand as part of the Pacific “an Aotearoa moving beyond its colonial beginnings well and truly. The land absorbs us and we become naturalised.” (1) In Cook Seven Times (2008) Cook becomes a symbol of New Zealand’s changing and transforming identity. In Life’s Not Fair (2007-08), Cook is shown as a Polynesian figure, with a Tiki behind his ear. This work has strong connections to Cook’s death in Hawaii however also refers to the fact that everyone is on a journey, and sometimes it doesn’t quite go as planned.

To engage in Nigel Brown’s work is to embark on a journey of exploration and discovery. The layers of symbolism and narrative elements send one into a new world where connections are made and ideas are manifested and transformed. All Our Days is about every-one of us as New Zealanders taking part in an ever-evolving history.