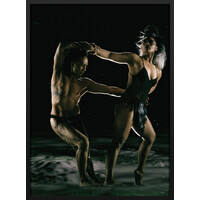 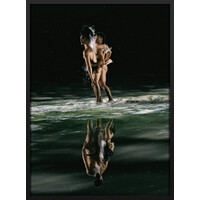 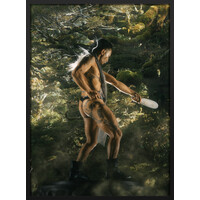 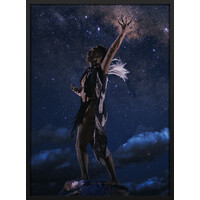 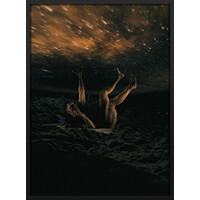 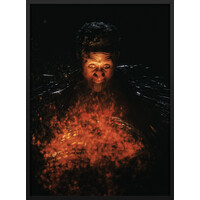 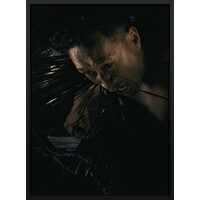 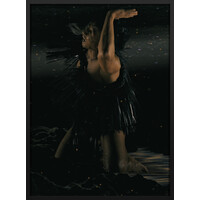 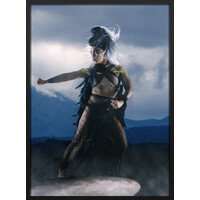 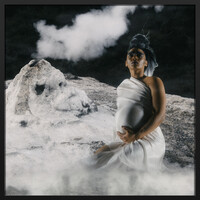 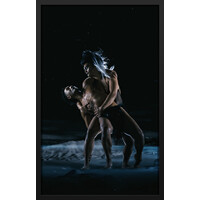 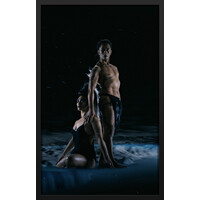 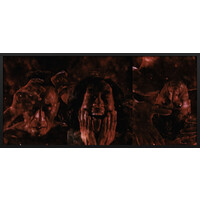 Ihi, Lisa Reihana’s reimagining of the creation story of Papatūānuku and Ranginui allows us to witness the terrible, mythic beauty of the world’s creation. Ihi, a two channel video from which these stills have been selected, was commissioned for Auckland’s Aotea Centre where it is shown across two 65 m² digital screens. Ihi is a major public artwork in Aotearoa and a fundamental expression of toi Māori from one of the country’s most respected contemporary artists. (2)

Reihana notes that her central focus was “the relationship between a mother and a son, and the transference of mana and prestige from one generation to another” (3). Papatūānuku revels in her many manifestations as atua wāhine: in Ūkaipō she is a potent force, the original Mother and source of sustenance; she is presented hapū with Rūaumoko, cradling her unborn child. Pieta replaces the Christian Virgin mourning her son Jesus with Tāne, here supported by the fertile earth-mother of Te Ao Māori.

These dynamic works reveal a greater narrative arc of Māori creation stories; we see Tāne’s physical struggle to separate his parents, his fashioning of ngā whetū (stars) to clothe his naked father Ranginui, and as the mighty progenitor of forests and birds. Reihana celebrates the energy of conflict as a fertile, creative force: Brothers confronts us with the bloody turmoil of birth - even for the gods - and alongside this, Kura is a vessel, conveying the awesome strength required to retrieve the knowledge for mankind.

Reihana worked with esteemed performers and choreographers Taane Mete (Ngāti Kahungunu, Ngāti Koriki – Kahukura) and Nancy Wijohn (Te Rarawa, Ngāi Tuhoe, Ngāti Whaoa, Ngāi Tahu). Their grace and physicality means that although we are looking at stills from a moving artwork, each image is taut with tension and expectation. Darkened backgrounds provide a richness that recalls Te Pō, and the dramatic illumination of bodies accentuates the pulse of life in a single, fleeting moment.

Ihi does not merely re-tell a story, it is an active assertion of the Māori worldview. Lisa Reihana’s work is a powerful reminder of the centrality of whakapapa to mātauranga Māori (4) and through this, to Aotearoa as a whole. 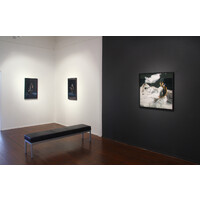 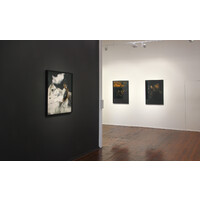 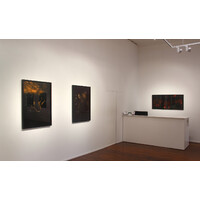 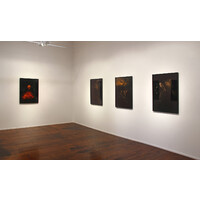 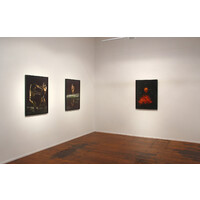 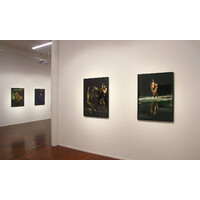 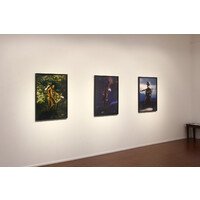