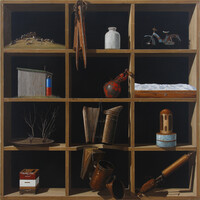 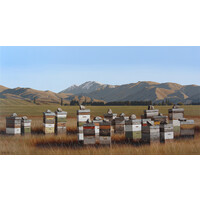 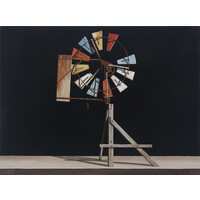 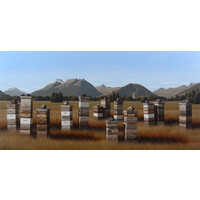 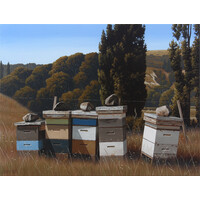 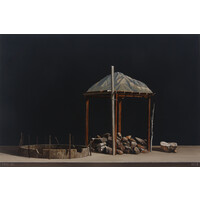 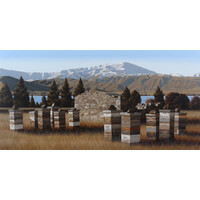 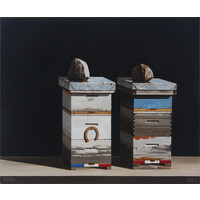 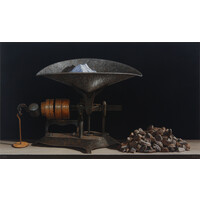 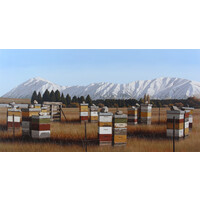 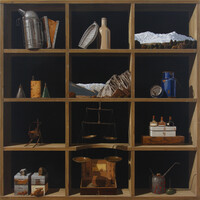 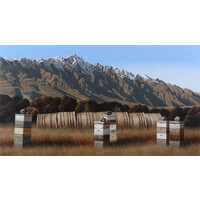 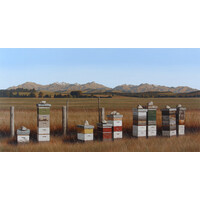 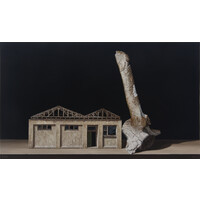 With New Zealand in lockdown, Michael Hight invites us into his studio for a unique behind the scenes insight into the making
of his latest paintings. Video footage: Georgia Hight. Editing: Georgia McNeill.

Continuing to explore the themes of his 2019 exhibition, in Tributary (Part 2) Michael Hight has produced a new suite of paintings that allow us to travel through the countryside of the South Island as seen through his eyes. We see familiar mountain-scapes and farmed paddocks of Canterbury, Otago, and Southland but also see this same land seen through a glass darkly.

The latter paintings - Hight’s ‘Nocturnes’ or ‘Night paintings’ - are not traditional landscapes at all but cannot be separated from the geographical places for which they are named. We are provided a set of clues and asked to divine how they fit together to form a coherent story. Nevis Bluff (2020) includes a miniature painting of its namesake tucked neatly into a cubbyhole, but other tales are told in the gold weights, jerry cans, and bee smokers. The disparate scale of objects and geological elements hints at the disproportionate role human settlement has had on the region as they swarmed the area in search of gold. Whereas bee swarms adapt to fit their new-found hive environment, humans have adapted environments to fit themselves, irrevocably re-shaping ecological history.

Hight’s traditional beehive paintings have always considered the way in which humankind has carved out ecological niches for itself. Using hives as visual examples of agricultural activity, the paintings always invite comparisons between geological, seasonal, and human timescales. Kawerau Gorge (2020) presents this beautifully. Mostly bereft of snow, the summertime mountains show the sharp ridges carved out by long-melted glaciers as well as more recent scars brought on by waterfalls, rockfalls, and, in this case, a road slicing through their lower flanks. Against this jagged backdrop, hay bales become a line of rounded foothills - as well as a reminder that the farmer’s hand lies across this landscape, shaping it to their will.

The five weathered hives in the painting’s foreground play a compositional role as well as a thematic one. Their strong verticals and sharp corners reference the angular forms of the mountains; these same lines cut through the dense, curved volume of the hay bales. Topped with rocks (serving as apiarist shorthand), the beehives become a strange amalgamation of man-made, ecological, and geological narrative strands. It is exactly this intersection of stories that the painter wants us to think about.

Michael Hight’s landscapes put before us a whole picture, within which we must discover his hidden clues; the painter’s night paintings provide us with the clues, but we need to work out what picture they create. Tributary (Part 2) reveals an artist who remains deeply engaged with the ways in which we occupy and experience the land, and uses both sides of his painting practice to invite us to be likewise engaged. 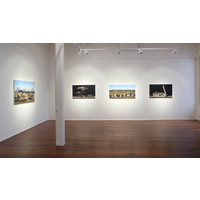 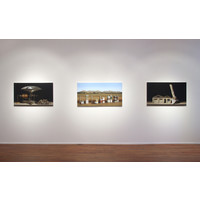 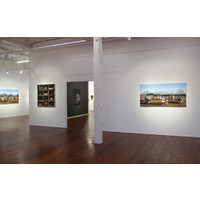 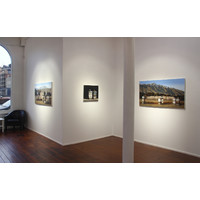 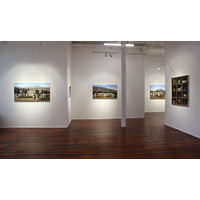 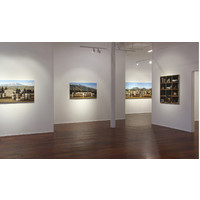 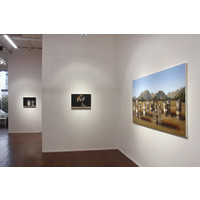 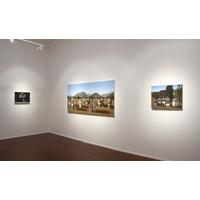 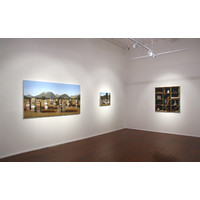 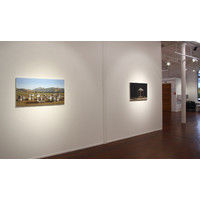 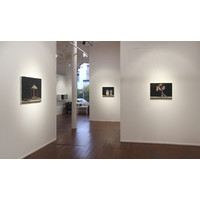