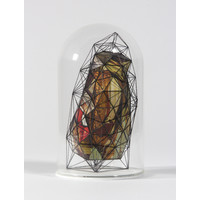 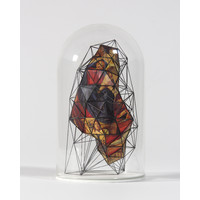 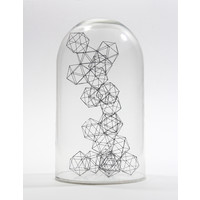 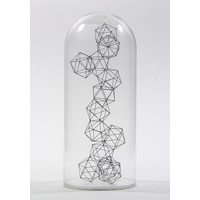 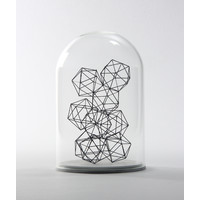 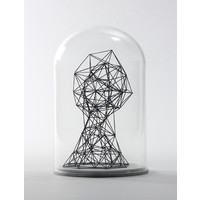 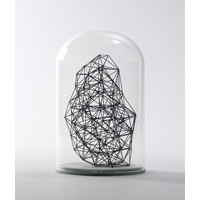 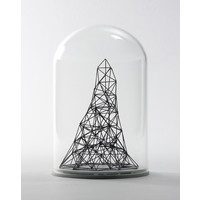 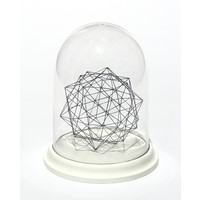 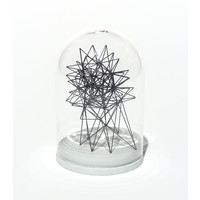 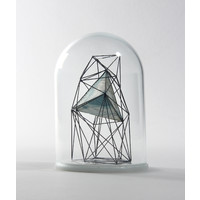 The Quanta series move between dialogues about volume and the internal dimensions of space to questions about where does surface begin and end, and how we come to read that.

There is more than a suggestion in all the works of a figurative impulse, the presence of the body and the processes of human movement. In Perspective 1 and Perspective 2, Trevelyan openly introduces the human figure itself but (humorously) plays about with the visual contradictions of a two-dimensional painting being altered and formed into a multi-sided object inside a three dimensional plane. What has it become?

In Trig he presents a recomposed, folded map of New Zealand, including Chatham and Auckland Islands, forcing a completely new reading of distance, location and inter-connectedness.

Trevelyan is making new worlds, building objects we look through, and which talk to the worlds of art, architecture and the process of how we read space. 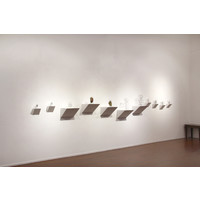 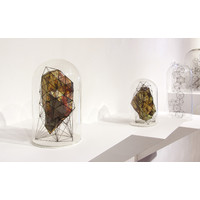 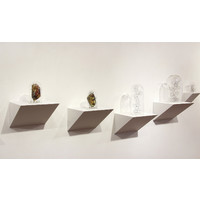 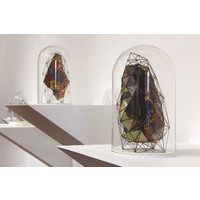