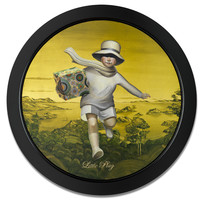 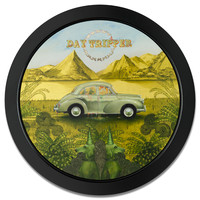 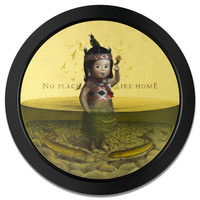 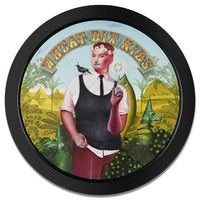 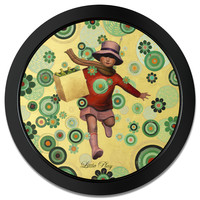 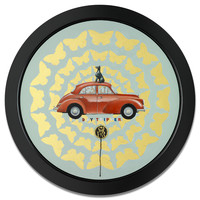 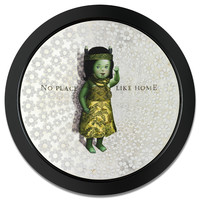 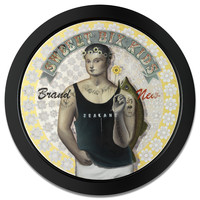 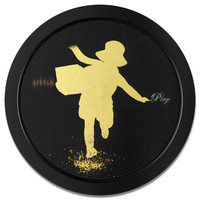 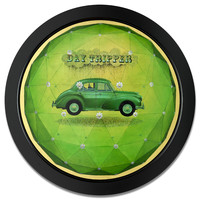 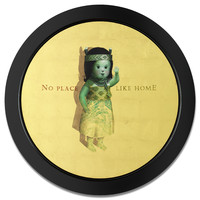 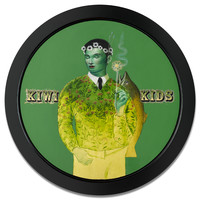 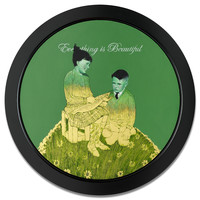 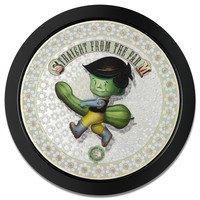 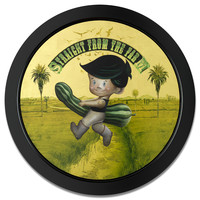 “Strictly speaking, New Zealand doesn’t exist yet, though some possible New Zealands glimmer in some poems and on some canvases. It remains to be created – should I say invented – by writers, musicians, artists, architects, publishers; even a politician might help” - Poet Allen Curnow, in the First Yearbook of the Arts in New Zealand, 1945.
The notion of an ‘invented history’ underlies Hot Pools, Simon Clark’s latest body of work. He explores the way Kiwiana and a sense of national identity is bound up with New Zealanders’ perceived deep and intimate relationship with nature. Despite the fact that most New Zealanders live in a city that exemplifies urban sprawl, we continue to imagine ourselves in an Arcadian paradise: 100% pure, clean and green, nuclear-free.

The words Hot Pools are what the painter Ed Ruscha might call “hot words”; they have a resonance within our collective cultural memory. ‘Taking the waters’ has a therapeutic effect, but in doing so we also tap into mysterious – and potentially dangerous - geological forces that reveal nature at its most primordial. Similar visual elements weave in and out of the paintings in a circular rather than a strictly linear fashion. Things bubble to the surface, evaporate, and reappear again somewhere else and Clark recalls Baudrillard’s concept of the simulacra in which contemporary visual culture is increasingly saturated with things that are a copy of a copy of a copy.

This reference is underscored by the artist’s use of repeated visual elements with which Clark shows how uncontrolled and random forms of the natural world are often reduced to over-used visual tropes. Nature is reduced to a branding exercise and its commodification mirrors the commodification of our past – washed clean of dirt and imperfection, tamed and regulated. No Place Like Home - Pool incorporates the souvenir Māori doll that has been a recurring theme in Clark’s practice for a number of years.  The image draws upon the immediate and seductive power of nostalgia, but also queries the fundamental fallibility of this way of viewing the past. Whereas the “post-war period has been remembered by many baby boomers as an idyllic, innocent time”, (1) the 1950’s could also be described as one of the most drab, conservative, racist, sexist, violent periods in New Zealand’s history.

Clark’s tondos are variations on a theme and reference the continual reinvention of the artefacts of Kiwiana depending on social context and the needs of the user. The use of highly reflective 24 carat gold and silver surfaces contributes to this variation, allowing the look, the visual weight and the sense of space and air in each work change with the viewers’ position. Subject matter will appear and disappear as the viewer walks past the work and interpretation of each painting depends on the position from which it is viewed.

Observed critically, Kiwiana can be seen as a highly constructed Pākehā myth generally articulated from a male, heterosexual perspective (2). Clark aims to reinterpret and rework this ubiquitous form of social branding so that it is relevant to a multicultural, forward-looking, inclusive Aotearoa-New Zealand in 2017. 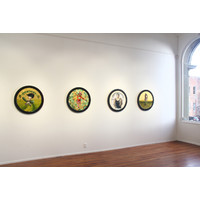 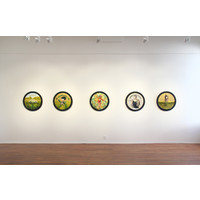 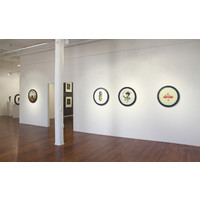 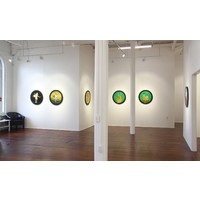 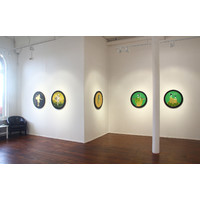 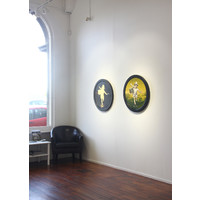 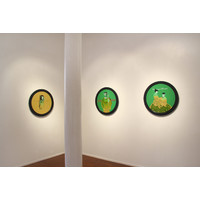 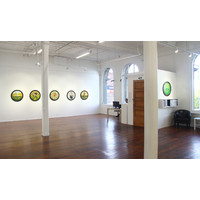