The Magical World of Souvenirs and Mementos 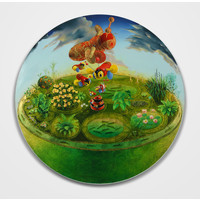 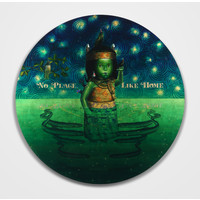 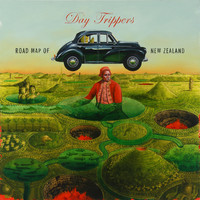 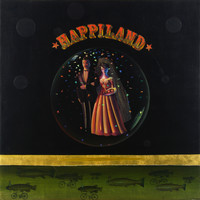 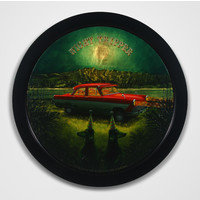 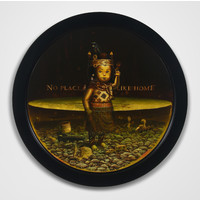 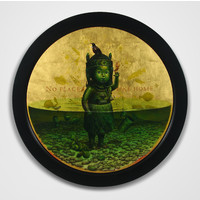 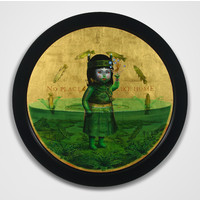 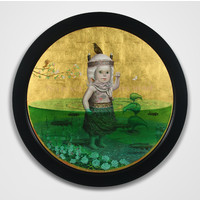 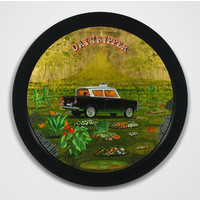 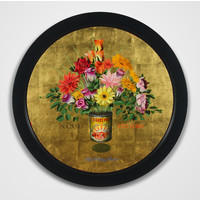 When we think of the past, our perceptions are always coloured and tinted by artefact and ephemera. This amalgam of fact and imagination creates a softened and nostalgic false history. Much of this comfortable fiction is supported by images which have come down to us through souvenirs and mementoes. These items are the way in which we create a personal connection with the past, even though many of these objects seem little more than kitsch and sanitised advertising images. The "Kiwitanga" which forms much of our sense of historic national identity is thus founded on a myth, a happy smiling rural Arcadia that never existed.

It is this mythological land which Simon Clark recreates in his art, in an attempt to explore the power of ephemera in shaping our false memories via the stage magic trickery of manipulation, misdirection, and deception. Clark uses the imagery of kitsch kiwiana - the Four Square man, the Buzzy Bee - to trigger our nostalgia. He extends the idea of souvenirs and mementoes to include clichéd images from New Zealand art, such as Charles Heaphy's image of Mount Taranaki/Egmont (in Day Tripper) and Sir Nathaniel Dance-Holland's classic portrait of Captain Cook (in Day Tripper's Road Map of New Zealand). The kiwiana cliches become preposterous, the holiday-in-the-countryside Morris 1000 and the traditional toys becoming obvious as cookie-cutter logos for Brand New Zealand.

Clark's art deliberately skewers the predominantly male, white, heteronormative views of the vintage advertising myth. The Happiland of matrimony is humorously but pointedly paired with references to Irina Dunn's feminist slogan "A woman needs a man like a fish needs a bicycle," and the symbols of classic advertising become pollutants of sacred Maori waterways in the River Swimming images.

Clark creates a false memory of the past, drifting in the luminous and shifting colours of distant memory. The layering of the images and the strong otherworldly colours produces a strangeness to the resulting images, a seeming cognitive dissonance between our factual knowledge of the past and our rose-tinted view. This sense of otherness is reinforced by the use of the tondo form, the circular images floating free of the natural grounding so often a feature of stolid rectangular framing.

The ever-changing colours are a consequence of Clark's painting techniques. Laying his paint over a substrate of gold leaf, he has created images with a base which reacts to any changes in lighting condition, and has simultaneously created a metaphor for the high value we place on our mementoes of the past, irrespective of their true monetary worth. We hold onto these keepsakes as prized talismans, even though their monetary value may be negligible. Clark similarly stretches and bends the boundaries between high and low art in his images, with their impeccable creation, pointed message, and deliberate evocation of the ephemeral.