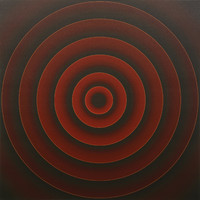 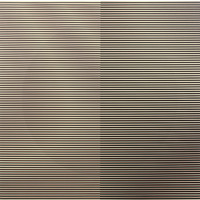 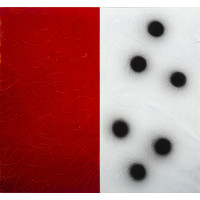 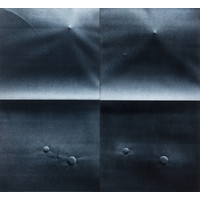 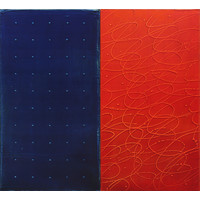 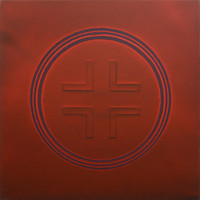 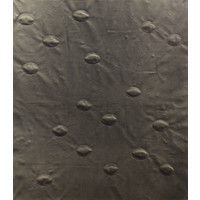 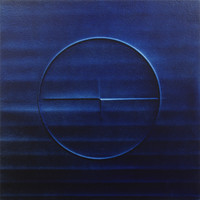 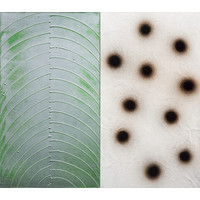 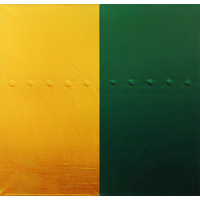 Mervyn Williams wants those looking at his paintings to “re-examine the relationships between what we see and what we know, between empirical fact and deduction, reality and illusion.”(1) He uses finely manipulated applications of paint to create volume from a flat plane, and movement upon a still canvas. The protrusions and ripples seen in his paintings are compositions of paint and light, existing only in the eye; the mind is caught between believing the tricks of the retina and trusting its own knowledge of what is actually present.

The two-panelled works exude visual energy and tension as they juxtapose canvases with (apparently) different textures and contrasting colours. They deceive the viewer who perceives volume, depth, and height but knows on a rational level that the painted surface is two-dimensional. Gathering (1991) and Quest (1995) also introduce concepts of scale and context into this mix. The globular forms in these paintings have a cell-like appearance and the grainy grey of the surface brings to mind a series of stills from an electron microscope, magnified and presented on a grand scale.

The most recent works in Rear Vision follow in the tradition of 1960s Op-Art practitioners such as Bridget Riley and Victor Vasarely, and Williams explores the optical limits of paint as a medium.  Inspired by digital imagery, these paintings defy the flat surface of the canvas. The subtle distortion of pattern and colour in Rival (2012) causes the painting to pulse with imagined movement as the eye tries to encompass the dynamics of repeated line and tonal variations. Whiplash Red (2013) utilises the recessive qualities of black with the advancing properties of red and yellow to create discs that appear simultaneously to float atop one another and sink into the picture plane.

Rear Vision celebrates the practice of one of the country’s foremost abstract painters, and Mervyn Williams’ ongoing engagement with fundamental concepts of modernist art has resulted in a collection of works whose visual deceptions should be relished. 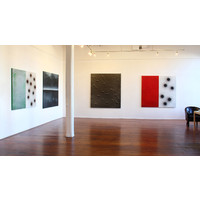 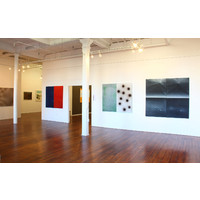 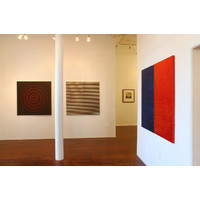 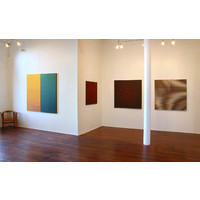 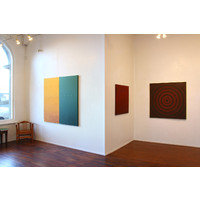 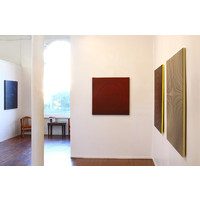 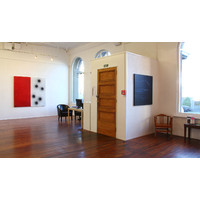 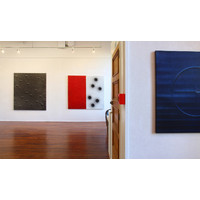