Forces of Land and Ocean 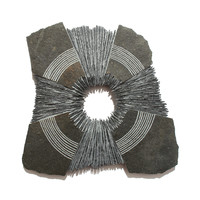 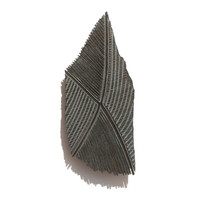 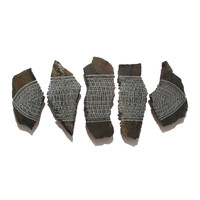 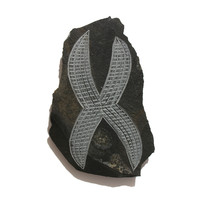 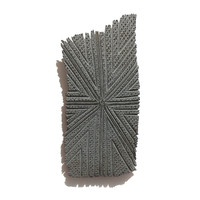 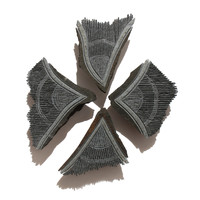 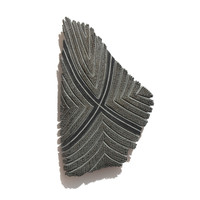 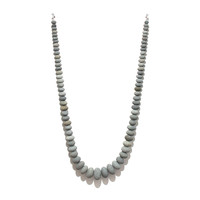 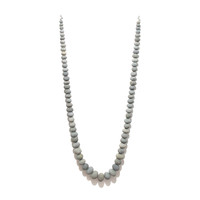 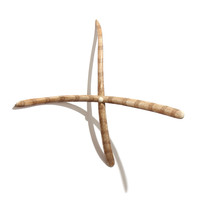 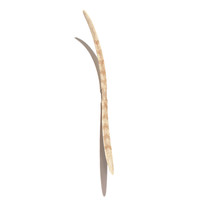 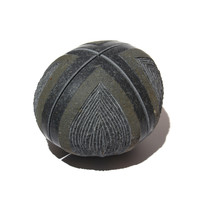 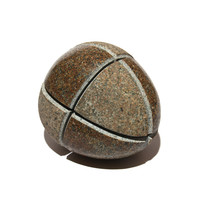 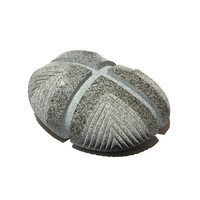 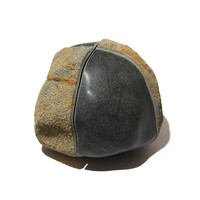 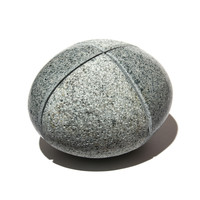 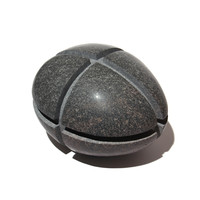 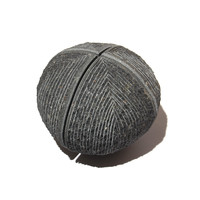 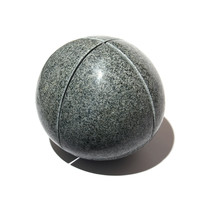 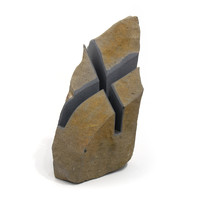 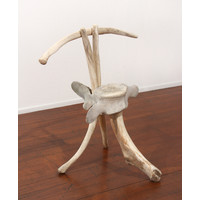 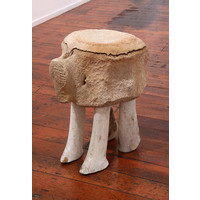 Chris Charteris’ inscribed and polished stone sculptures possess a sense of gravitas which is drawn from the solidity of the medium and the respectful way it is handled by the artist. Whether utilising natural fracture lines of andesite or the rounded forms shaped by centuries of breaking waves, Charteris works with the vagaries of the stone he chooses for his sculptures. Forces of Land and Ocean also features works using whalebone, some of which has been sourced from recent strandings in the vicinity of his Coromandel home and some which has an older pedigree.

The rib-bone from which Hoeroa is made dates back over a hundred years. Traditionally an object denoting the bearer’s status, on one level Hoeroa performs as a contemporary artefact; the bone’s provenance and its links to a particular cultural tradition imbue the piece with a sense of history. Considered purely as a sculptural object, Hoeroa displays a carefully considered balance between form and surface embellishment. As with his stone works, the artist approaches the whalebone with tacit respect for its particular characteristics. The elongated swoop of its lines is enhanced by the simplicity of the repeated motif and Charteris allows the rich patina of the bone to speak for itself.

The rounded asymmetries of Charteris’ boulder works reveal the long narratives of geological time; their basic forms remain unaltered by the artist but Charteris extends their stories with his own mark-making. Paradoxically the permanence of the stones is emphasised by the deep incisions which slice into the core of each work and offer up their dense interior for inspection. Likewise, Unearthed exposes its crystalline structure to view, appearing to have ‘shed its skin’. The polished segments beg to be stroked and the contrasts of coarse/smooth, straight line/curve, light/dark possess both tactile and visual appeal.

On some works, the repeated inscription of lines direct the eye inwards to the heart of the stone and Charteris places them so as to accent rather than conceal the shallow contours. On others it is the absence of a mark which discloses the presence of the sculptor. The very lack of discernible roughness or grainy surface texture in a work like Navigation Tool tells of the hours upon hours spent by the artist in its making.

The jagged outlines and uneven surfaces of fractured rock take the place of primed and painted canvases in Charteris’ wall-mounted works. The viewer is always aware of the challenge presented by the stone ‘canvases’, which operate as objects as well as surfaces for inscription. The curved lines and cross-hatching are reminiscient of drawing but here material is removed rather than added to build up rhythms of pattern and texture and the ‘drawings’ can be read by touch as well as by sight. The empty centre of Onaianei acts as a foil for the bursts of dense lines that seem to diverge and converge simultaneously.

Chris Charteris uses his practice to explore and extend the sculptural possibilities of natural forms and materials. His works represent interventions in the environmental processes – the forces of land and ocean – which weather stone and bone. 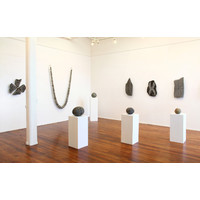 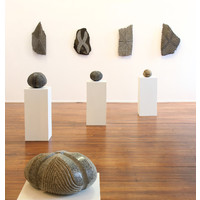 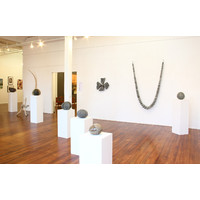 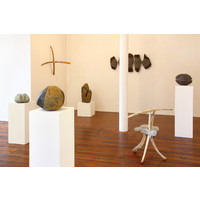 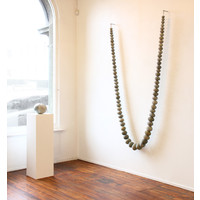 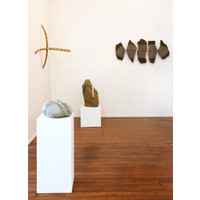 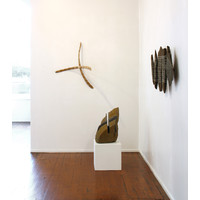 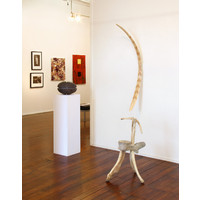