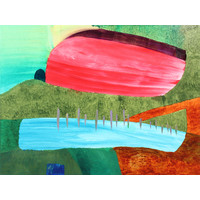 Krystie Wade What Strange Colours Swarm Through These Places (2014) 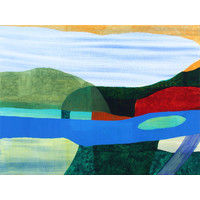 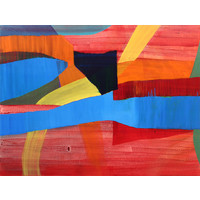 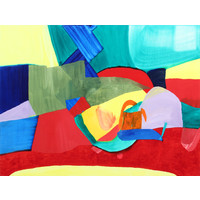 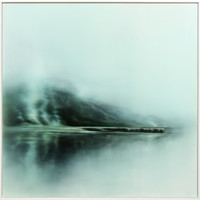 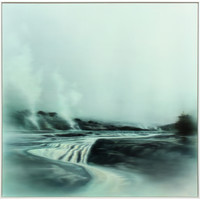 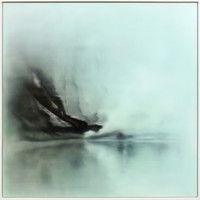 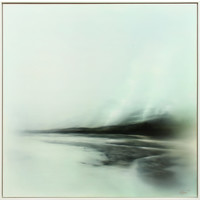 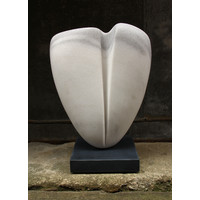 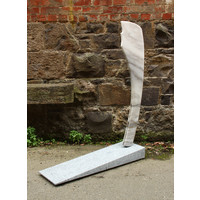 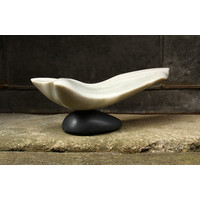 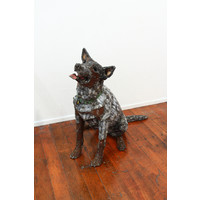 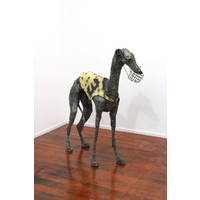 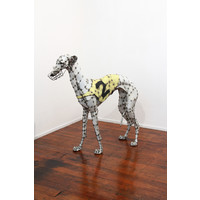 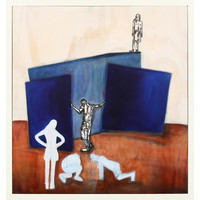 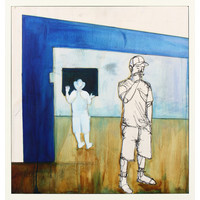 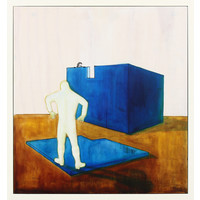 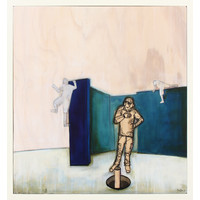 New Works brings together a set of artists whose varied approaches to their medium and subject matter have resulted in an intriguing collection of works. Alongside works by established sculptors Johnny Turner and Hannah Kidd, will hang paintings from Teresa Lane, Krystie Wade and Eliot Coates, all new exhibitors to the gallery. Wade, Lane, and Coates all take the landscape as a starting point for their practice, but the paintings produced by each are striking examples of the diversity of the artist’s gaze. Turner and Kidd both deal with form, volume, and the subtle vagaries of their materials but their practices produce very different end products.

Newly graduated from Elam, Teresa Lane combines drawn and painted elements on a backdrop of reclaimed ply to assemble the outlines of an industrial landscape. Washes of colour are used to define space within the picture plane, but Lane does not proscribe its exact nature or function. The roles of the workers who populate the paintings are likewise unspecified, but Lane’s vigorous line drawings suggest a robust, physical dynamism.

The energy of Krystie Wade’s canvases is also physical in nature, stemming as it does from the vitality of her colour choice and the visual texture created with her brushstokes. What Strange Colours Swarm Through These Places reveals a mysterious, red form floating against a backdrop of lush, textured greens. Wade’s compositions allude to the organic shapes of a landscape, but not one that exists in any reality.

Eliot Coates’ paintings take as their subject geothermal landscapes, which appear at once familiar and strangely alien. The delicately blurred scenes create a sense of dislocation in the viewer, as points of reference are veiled by steam and mist. Coates’ monochromatic palette enhances the shadowy bones of the environment, evoking 19th century photographs of central New Zealand.

Johnny Turner’s marble and basalt sculptures celebrate the crystalline structure of the stone and at the same time defy its weight and solidity. Under his hands, the marble appears fluid and malleable, and the organic forms sit lightly on their bases. Using marble that has come from demolished heritage buildings, Turner draws on centuries of traditional stone-working to create pieces which have multiple histories.

What elevates Hannah Kidd’s sculptures of animals and people far above the commonplace is her uncanny ability to capture the absolute essence of her subjects. Racing greyhounds Frances and Sophie are filled with nervous energy: coiled like springs, they appear ready to skitter away at the least provocation. Kidd’s sculptures honour the beauty and joy to be found in the ordinary and everyday, and remind us of the need to laugh at ourselves now and then.
All images and text copyright © 2021 the Artists & Milford House Ltd.