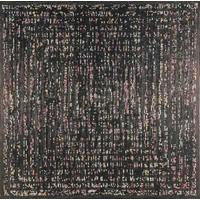 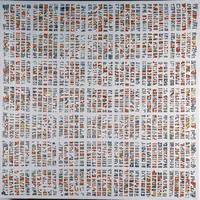 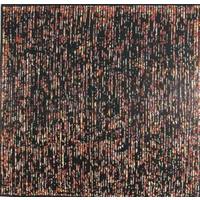 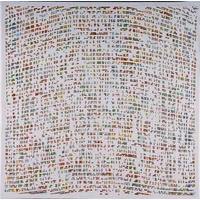 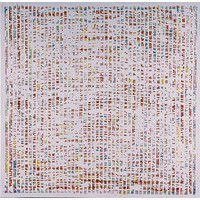 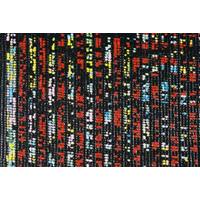 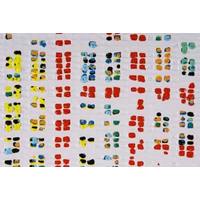 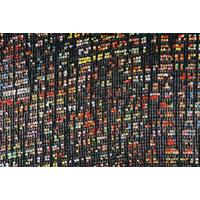 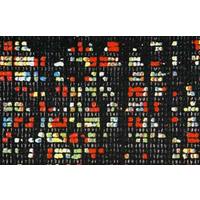 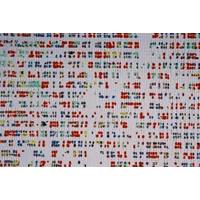 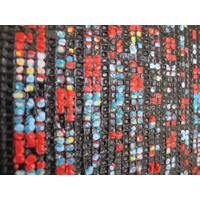 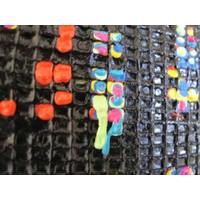 Peata Larkin’s paintings explore the conjunctions between painting, weaving and digital technology.
Larkin’s language is that of geometric abstraction and pattern deeply informed by Maori culture. She is equally aware of the consequent linkages between past and present, craft and art, two-dimension and three-dimension, the debates of sight and perception, of surface versus distance, of structure versus colour nuance. In this way she asserts the relevance of painting in the digital, homogenised world.

The conceptual foundations of Larkin’s works have grown out her process and from the duality of binary relationships, such as indigenous and European, science and art, tradition and technology, male and female.

‘Tupunga’ is Maori for evolution and the paintings (created in pairs of black and white ground) investigate identity, cultural equilibrium and visual complexities.

Peata Larkin has pioneered a way of making which is unique. Acrylic paint is pushed through a weave substrate and in doing so the works acquire sculptural characteristics. Individual dots or mounds of colour (shaped by volume) are presented in an abstract pattern (based on Maori weaving designs) and so the further the viewer gets away from the surface the more the pattern coalesces.

While of course these works contain a cultural vernacular unique to New Zealand, the language of geometric abstraction is universal. Designs which we recognise as being Maori and containing specific references and meanings transpose (through familiarity and recognition) into other cultures readily yet translate differently.

In all Larkin’s paintings there is an undeniable presence of the digital world with visual allusion to pixilation, the DNA maps of science and medicine, and mimicry of computer screens. This ‘information’ sits behind, augmenting and contemporising traditional patterns which have been deliberately presented over-scale and with the visual ambiguity (structure, design, style and colour harmonics) of geometric abstraction.