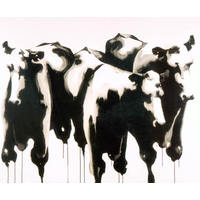 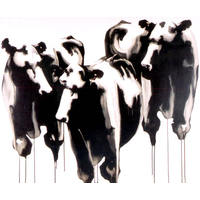 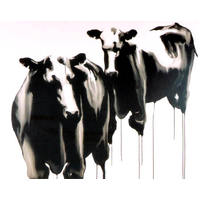 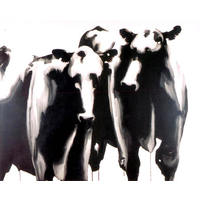 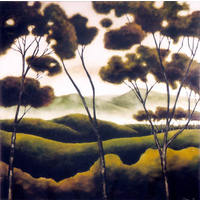 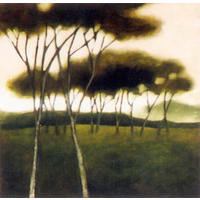 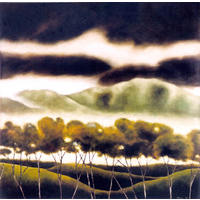 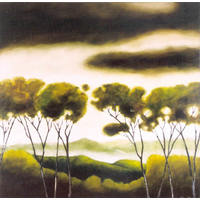 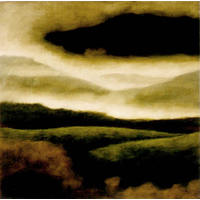 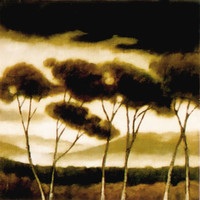 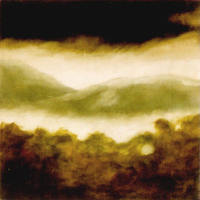 Petre’s Field Study works series portray herds of beef cattle dissolving into each other and appears deceptively simplistic. There is a sense in these works of impending event. The animals have been prepared for human use; paint drips down the canvas like blood, here is resignation to known fate

Petre’s painterly language is established through pattern, gesture and paraphrase, through monochromatic rhythms, repetitions and use of implication. The Field Study series is a “…factual, unromantic approach to beef farming [bringing] a confrontational edge to the vision of our landscape as picturesque or pastorale.” (1)

The Landscape series capture a fundamental essence of the rural environment. It is manipulated and has been altered and so like Petre’s Field Study works is again concerned with pattern and mankinds role in the environment.

The palette is restricted but the land is revealed as productive and fertile. Line of sight is through the undergrowth of Manuka bush and there is a sense of standing at the edge of the bush and the farm, at the interface of the natural and the manufactured.

“All my work deals with the issue of the local perception versus a visitors gaze. An intensity localised regionalism if you will. I am less interested in developing a certain ‘style’ with which to travel and render other environs than allowing direct experience and familiarity to influence the painting process. There is a lifetimes work describing the experience within 1km or possibly 1m. It all depends on how closely you want to look.” (2)