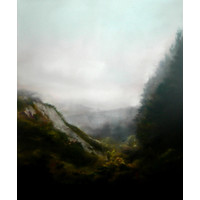 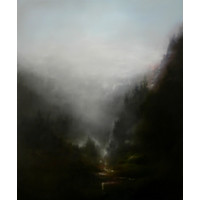 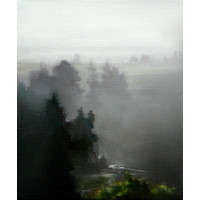 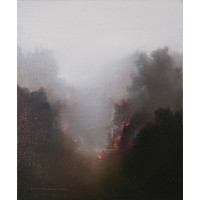 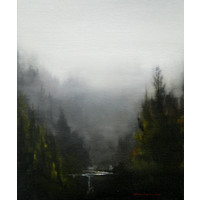 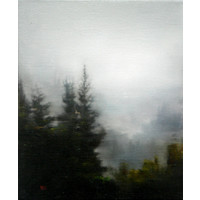 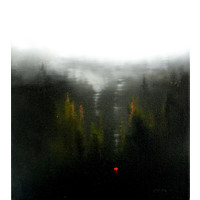 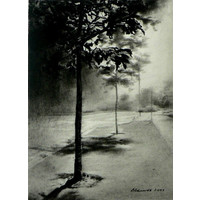 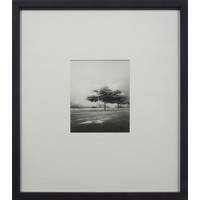 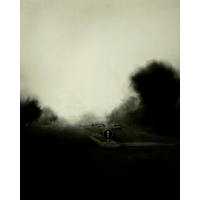 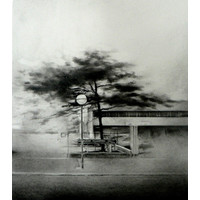 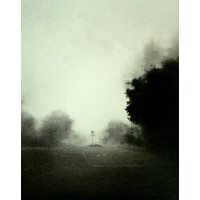 Simon Edwards makes light and atmosphere a tangible and unifying force in the paintings and charcoal drawings featured in Demister. He places and uses focal detail as core pictorial information. In a significant broadening of his narrative concerns and stylistic methods Edwards gives equal weight to landscape as to object. Or to put it another way, he finds urban in the rural and rural in the urban.

There is a significant clue to Edwards’ objectives in these works to be found in the exhibition title. The particularities of each work is further encapsulated and revealed by individual titling.

In Navigatorr(2008), The Road Home (2008) and Sojourn (2008) “travel is a theme” and the role played by the sensation of entering through and going beyond is profound. (1) These works (and others) have the stylistic precedence of JMW Turner, the local specifics of place of van der Velden’s Otira Gorge and a strong sense of a “visual grammar” (2) continuum which reaches back through Bill Sutton to Claude Lorrain and thus into the traditions and achievements of great landscape painting. He thus combines the specific and general, the local and international. In doing so, now that Edwards has so clearly developed his own way of making and seeing, he actively uses implication and suggestion, altering perception and invoking time whilst employing contrasting “figurative and abstract elements” (3). Burn Off (2008), Replenish (2008) and Lantern (2008) may be small paintings but the scale of the artistic achievement is astonishing.

Charcoal is an utterly unforgiving medium and Edwards has a virtuoso mastery of this. These drawings are incredibly deft, bold and complete. It is as if nothing has been left out, which of course is untrue for Edward’s judgement about inclusion and exclusion is acutely developed. The urban environment depicted is celebrated, imbued with the metaphysics of occupation, imminence and the presence of the modern mind. He further broadens his motifs and artistic devices by using road markings as both symbol and cues for the eye, sources directly from the traditions of Chinese floral and landscape paintings and uses the architecture of created space as a metaphor. He finds beauty and humanism in the mundanity of urban sprawl, uses the formal contrast of shape in space both directly and by implication.