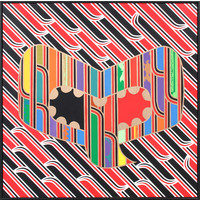 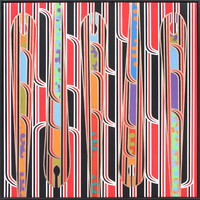 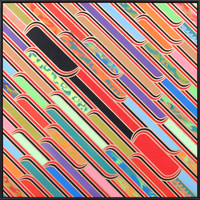 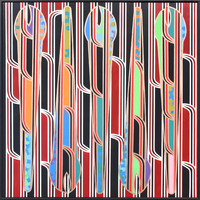 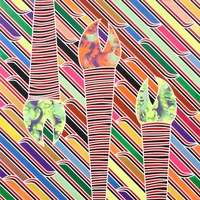 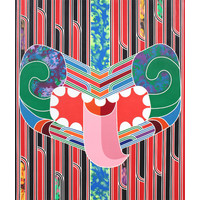 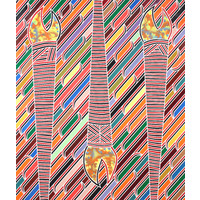 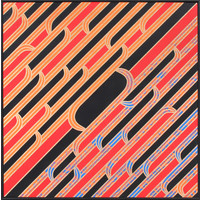 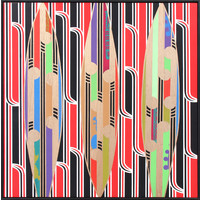 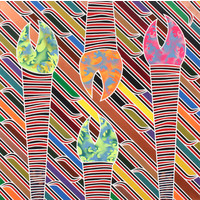 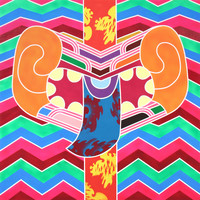 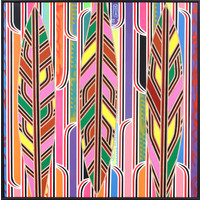 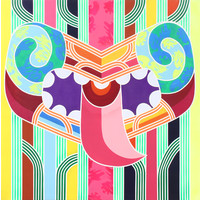 Zena Elliott’s paintings in Message Beacon are rallying cries. They explore the construction of identities and the transmission of information, and she invites viewers to participate in these conversations. Elliott’s combination of Maori and Western/European cultural contexts examines the role contemporary art plays in the translation of ideas and how it can act as a guide (“beacon”) to further discussions.

Seen within a New Zealand context, it is easy to recognise the elements of Maori iconography Elliott draws on, as well as to identify where and how her works differ from traditional Maori art practices. On the other hand, her works sit firmly in a Western continuum of abstract painting that harks back to Frank Stella and Bridget Riley. Elliott creates depth and movement through the use of advancing and retreating colours and, where motifs are used, they operate as examples of pure form as well as representative symbols.

It is precisely this double-reading of her works that Elliott encourages. The artist chooses traditional forms and colours, but dresses them in urban camouflage. The pukaea (war trumpets) and stylised mouths seen in Tauhere and Disseminate suggest the continuing resonance of past voices and their role in guiding and informing ongoing conversations. Elliott’s contemporary visual language of spray-paint, stencilled motifs, and fluorescent colours addresses today’s rangatahi, asking them to consider their own notions of “Maori identity within a contemporary urban society” (1).

Zena Elliott’s paintings are simultaneously message and medium. Operating on metaphoric and abstract levels, each work in Message Beacon presents multiple strands of information which may be interpreted in many ways. The shifting narratives allow space for thought, dialogue, and argument: Elliott is sending out the call.

The artist acknowledges the generous support of Creative New Zealand in realising this exhibition.