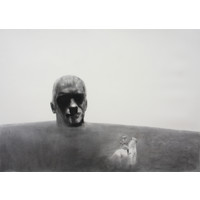 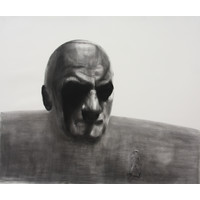 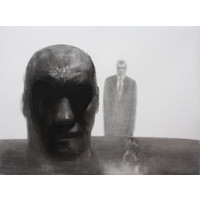 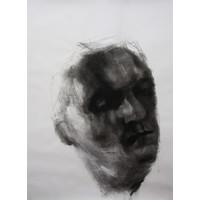 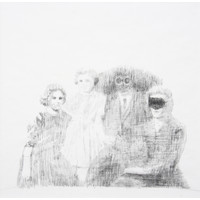 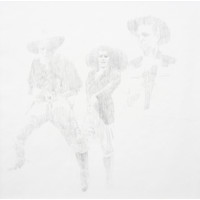 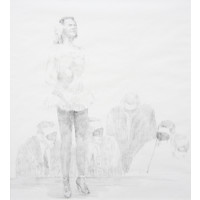 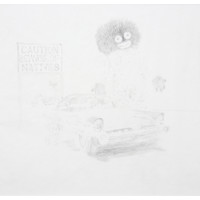 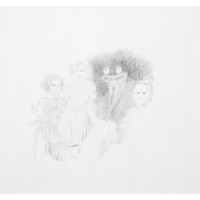 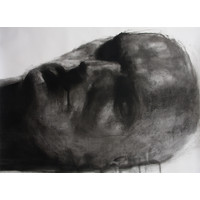 A palpable sense of unease permeates the works in New York-based artist Lorene Taurerewa’s new exhibition Tafelspiele. Her moody charcoal and pencil drawings suggest the unnerving figures that haunt our dreams, lurking just beneath the surface of our consciousness.

German for ‘table play’ or ‘table games’, the title of the show alludes in one sense to the tradition of memento mori : here “a tabletop is a certain model for a certain idea of life on this world: life on the flat-earth plane, without refuge, rimmed by oblivion (1). Ina similar vein, the monumental scale and feel of the Tafelspiele charcoals, evoke a sense of a theatre outside time; sculptural, disembodied heads watch over tableaux where secondary players sometimes act out their lonely plays.

The series of Wogengroupe pencil drawings on rice paper draw in viewers with their delicate intimacy and then unsettle with their theatre of carnivalesque characters. Allegorical in tone, a number of the works feature the Golliwog, or Huggermugger, who may be read as “the embodiment of creative, disruptive wit… Like the Pans, Lokis or Mauis of mythology, he is one who lays himself down - literally and figuratively in these works - to give room for Truth.” (2) Taurerewa’s visual narratives act as a starting point from which viewers must draw their own truths, coloured by the anxieties of their own subconscious and formed by the stories of their own lives.

Taurerewa’s drawings have their parallels in the dark fairy tales that served to illustrate fears of the unknown and the unspeakable. The artist gives form to the anxieties that lurk in the dark corners of the psyche, confronting viewers with dreamscapes that seem at once strange and eerily familiar.