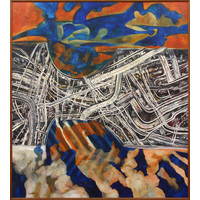 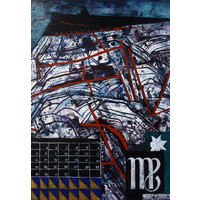 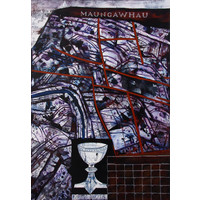 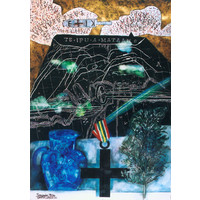 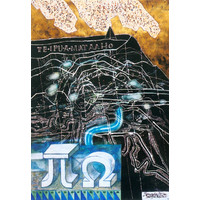 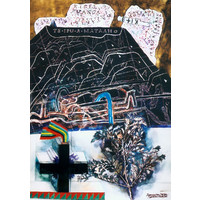 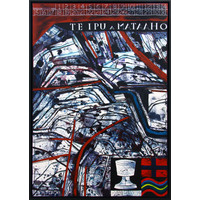 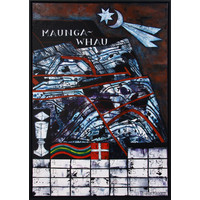 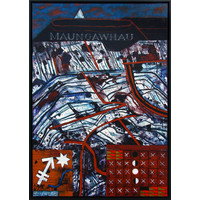 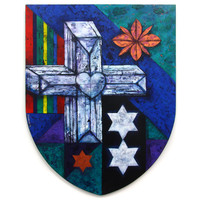 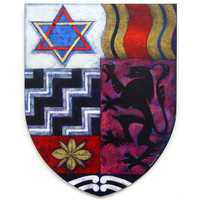 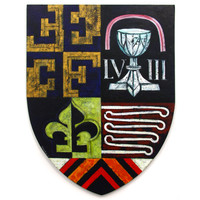 Robert Ellis is one of New Zealand’s pre-eminent artists. He has held more than 60 solo exhibitions and innumerable group exhibitions in New Zealand and abroad. Over the past decades Robert Ellis’ paintings have addressed issues of New Zealand identity in which he draws together threads of European and Pacific cultures. These works make observations about the two cultural threads from a personal as well as social perspective.

Using a visual language rich with symbolism, Ellis draws on a diverse range of sources. Motifs from the Ratana church, constellations, military history, geology and natural flora (especially whau/NZ mulberry) all make appearances in his paintings, whether in textured oils or softly layered watercolours. A collector of military medals, Ellis uses these as inspiration for his Shielded Histories which speak to New Zealand’s history of fighting “other people’s wars”, including in the Pacific (1). His Maungawhau series resonates with a multiplicity of histories: geological, urban, European, Maori, all combining to create a deep, abiding sense of place.

Robert Ellis’ Motorways period (1960-74) has been called “one of the most sustained and significant contributions to painting in New Zealand” (3), and it has also been said that “the last four years of paintings in the Motorways series must be counted as the best – confident, dramatic, mature, diverse and exciting.” (3) Painted in 1974, Conjunction IV reveals an urban chaos that is – presently – under tight control. The tangle of overlapping grids possesses a teeming energy and seems barely held in check by its thin borders. In complete contrast to the dull, scored lines of the cityscape, Ellis uses washes of intense colour and undefined, amorphous forms to suggest an environment that remains as yet untouched by industry and urbanisation.