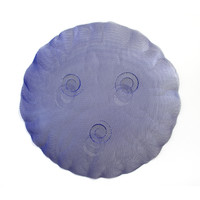 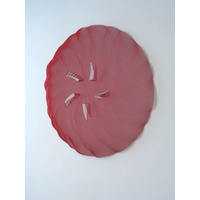 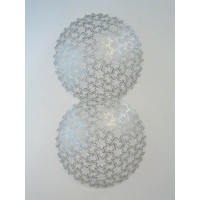 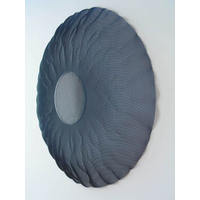 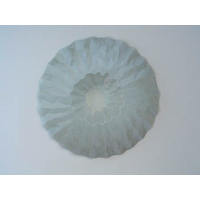 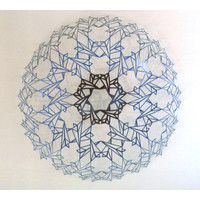 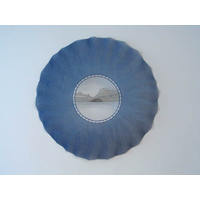 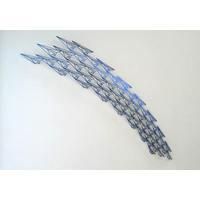 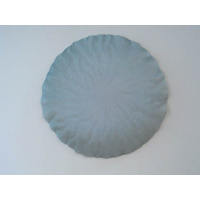 Renowned contemporary sculptor Neil Dawson manipulates perspective and form, instigating illusions and transformations. His imaginative and innovative approach to sculpture invites the viewer to engage in a dialogue with the works. Like a riddle unfolding, objects and shapes within space materialize or disappear.

One of the fundamentals of Dawson’s work is the dialogue between perception, what we see and how this changes; similarly he explores a combination of the real world using imagery such as ferns or feathers, with the architecture of object (repetition of geometric shapes and forms such as darts or match sticks). The works in Dawson’s current exhibition focus on two recent series of wall sculptures. His crater and paper dart works exploit painted steel and metal mesh, to create architectural masterpieces of spatial illusion. He plays with the planes of perception, dimension, and volume, actively using alteration devices. In this way he emphasises by simplifying and then allows the object to address its surrounding space.

Dawson’s crater sculptures present the architecture of landscape while alluding to its fragility. Reminiscent of hills and valleys viewed from a high vantage point, Dawson debates the threat of impermanence within the landscape. Titles such as Crater – Archaeology and Crater - Lake 2 allude to the land, it’s history and cultural significance. Constructed from large domes of steel mesh, the interplay of cross-hatched shadows allows multiple viewpoints that emerge or recede as one moves around the work. “The tops of these hill shapes are pierced by illusionist devices that sometimes suggest a natural crater but, more frequently, skilfully suggest winding staircases, walls of masonry, flights of steps or amphitheatrical structures cut into the hill.” (1)

Dawson’s paper dart works move in sweeping arcs across the wall. Here “he demonstrates how the simple line of the construction can create an illusion of interconnected darts.”(2) Dawson explores the concepts of espionage, disguise and deception. Utilizing titles such as Dart - Sweep and Blue Eye, he refers to spy planes, while his perspective trickery allows “shapes to disappear and emerge from spaces which appear to waver between opaque and transparent.”(3)

It is Dawson's acute sense of the space around and inside his work, the narrative focus and the use of repeated forms that underpins the precise language and unmistakable sense of style.