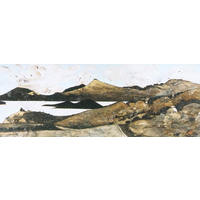 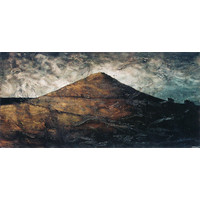 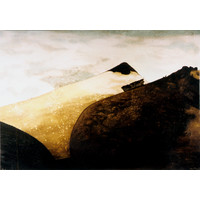 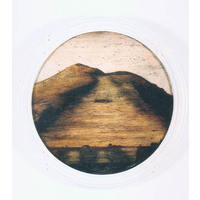 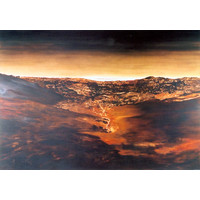 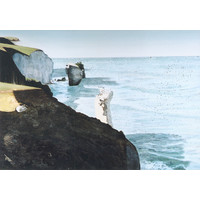 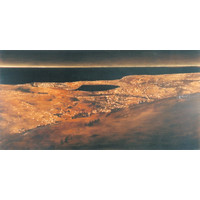 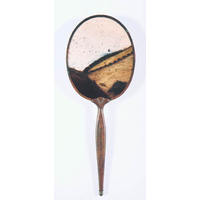 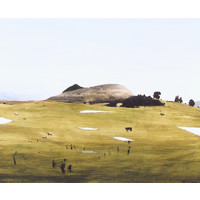 Scott McFarlane has studied and painted the eastern Otago hinterland and coast and produced a sustained body of work which is like no other that preceded it.

He has captured the wairua of the land, its structural geomorphology, and a profound sense of past, present and future history within the pictorial restrictions of a sharply reduced palette. He combines topographical concern with mythic elements and remarkable deftness of touch.

The (primarily) panoramic presentation of the Otago landscape is established by interlocking forms, outlines and (a fluid, modulating) tone on top of a built surface which exists at variance to this. This contrast – as if the land has a skin and an active under-surface – adds complexity and visual tension, and enables differing modes of expression to develop. Into this, the varied signs of human occupation and use have been added and function as metaphor and symbol.

McFarlane’s fundamental concern with the architecture of the landscape and its emotional content has also been translated into debate about the geometry of the city and ‘how’ it interfaces with the surrounding coast.

This exhibition of Otago Works is a substantial body of work covering three years. McFarlane’s trademark certainty and understatement, rhythms and tonal balance bring forth a complex dialogue about landform, history and passages of time.